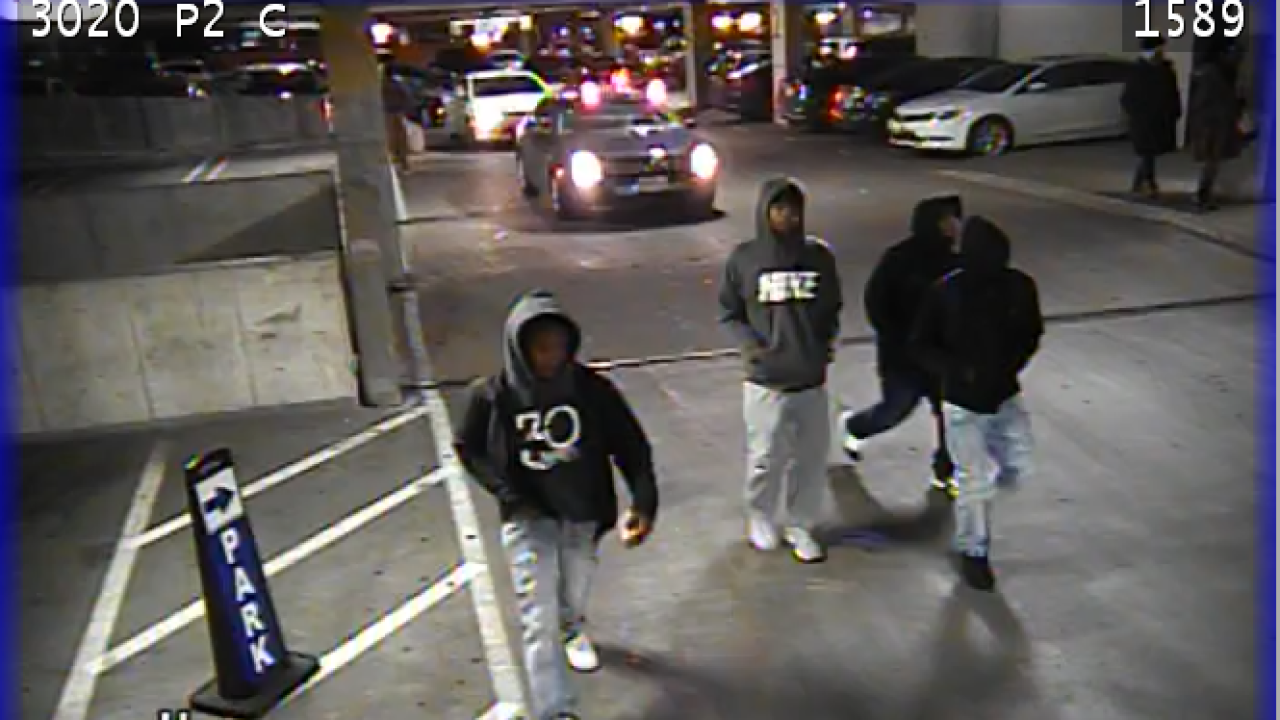 KANSAS CITY, mo — Less than a week after a teenage girl was grazed by a bullet in a shooting on the Country Club Plaza, Kansas City police released a surveillance picture of a group of males they want to talk to in connection with the incident.

The photo, taken around 6:07 p.m. Saturday near the entrance of a parking garage near 47th Street and Jefferson Street, shows a group of four males walking out of the parking garage.

Each male is wearing a dark-colored hooded sweatshirt with light-colored blue jeans or pants.

Police believe someone in the group might have information about the shooting.

Police said earlier this week they believe the suspects did not know the victim.

Anyone with information about the group or the shooting is asked to call the TIPS Hotline at (816) 474-8477.