Voters head to the polls Tuesday to decide issue 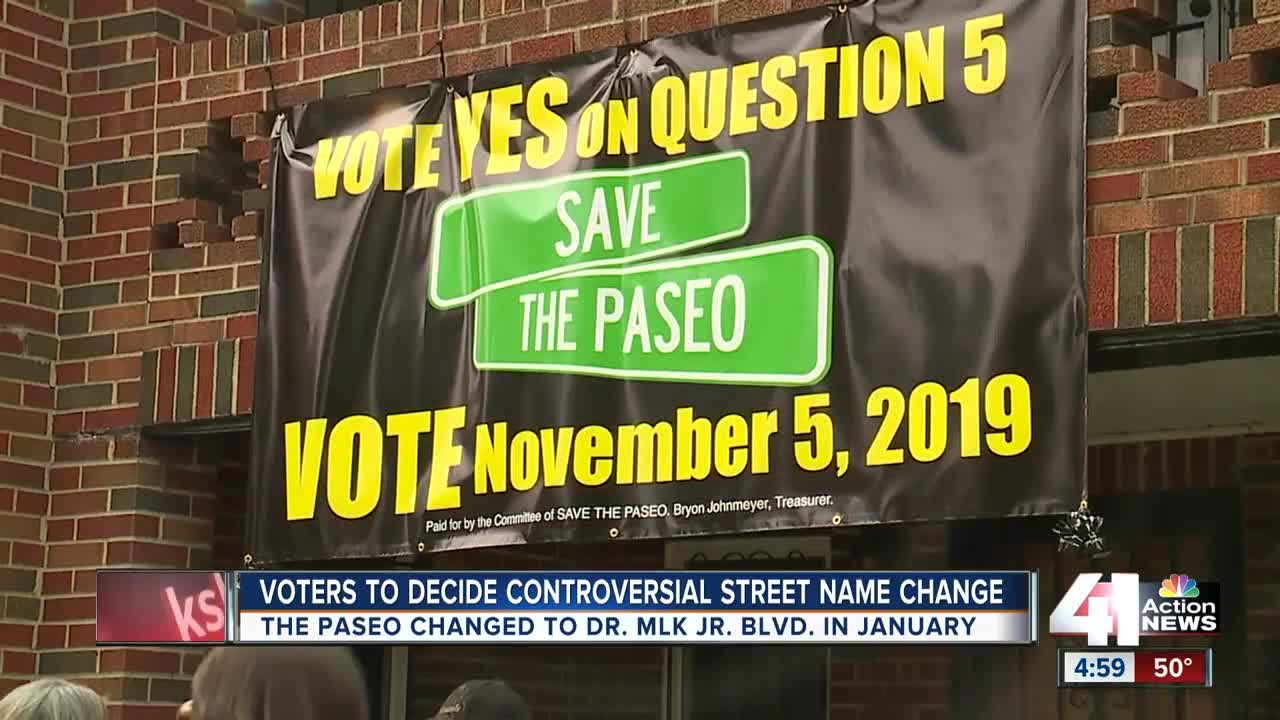 Kansas City voters on Tuesday will decide whether to restore the name of Dr. Martin Luther King Jr. Boulevard back to The Paseo. 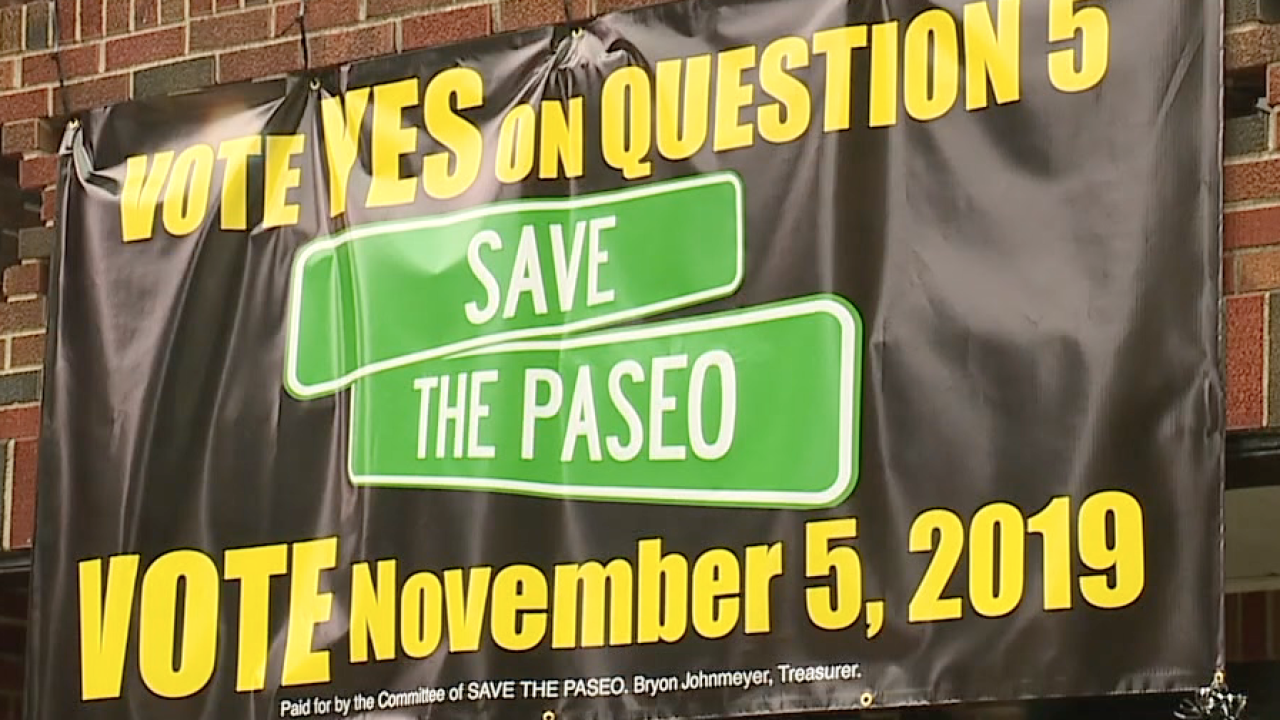 KANSAS CITY, Mo. — Kansas City, Missouri, residents will have the final say on Tuesday whether to change the name of Dr. Martin Luther King Jr. Boulevard back to The Paseo.

The passionate debate has turned into a point of contention as groups with differing opinions fight for the vote.

Flora Waddell has lived on the boulevard since she was 16 years old: “From 1945 until now,” she said.

To her, it's The Paseo and always will be.

"It means Kansas City to me," Waddell said. "And all the good things that have happened along The Paseo."

That's why she hung a banner on the front of her house. She's part of the Save the Paseo group, which wants people to vote “yes” on Question 5, asking whether the city should change the street name back to its original.

"It has nothing to do with Martin Luther King,” Waddell said. “I think he should be honored, I just don’t think they should take The Paseo to do it. And I don’t like the way they did it. They didn’t consult us.”

Save the Paseo says the Kansas City Council did not take the right course when it voted to change the name to Dr. Martin Luther King Jr. Boulevard in January. The group says the decision should always have been up to the people.

The building tension over the upcoming vote culminated at a rally held at Paseo Baptist Church on Sunday evening. The room was filled mostly with people who want to keep the MLK name. Save the Paseo group members stood in the aisles in protest.

"They did so in a peaceable manner; however, it could come off as confrontational because they stood directly in front of individuals who are already seated and they couldn’t view what was going on in the rally," Thompson said.

The protesters see it differently. Kellie Jones with Save the Paseo says they were invited and were not disruptive at all.

"A lot of these (rallies) are held at churches. And (the church) had their signs that it was a rally,” Jones said. “It was not during a worship service … They stood up for those who haven’t been heard.”

Cleaver, in a statement issued Monday, said that he attended the rally to show his support for "preserving MLK Boulevard."

"However, when I saw the protesters standing in the aisles of the Paseo Baptist Church, I became more concerned about this community," Cleaver wrote. "In all my years in civil rights, I have never seen or even heard of a demonstration inside a church. What happened was not healthy for this community. Those opposing the street name change from Paseo to MLK had well-reasoned points for their position. They did not, however, and can never have a good reason to march into a church and stand in the aisles of a place of worship. The Southern Christian Leadership Conference, led by Dr. Martin Luther King Jr. always held a church rally prior to any demonstration. Never in the most hostile days of segregation was one of those services interrupted. The good news for Kansas City is that the unfortunate event of last Sunday was not racial. However, it was not good or helpful.”

Thompson said the relationship between the groups needs to be repaired going forward, no matter the election result. Jones said her group wants unification as well.

What both groups can agree on is the importance of having your voice heard.

"Simply put, we need to get to the polls," Thompson said.

Waddell said she believes every election is important, no matter how big.