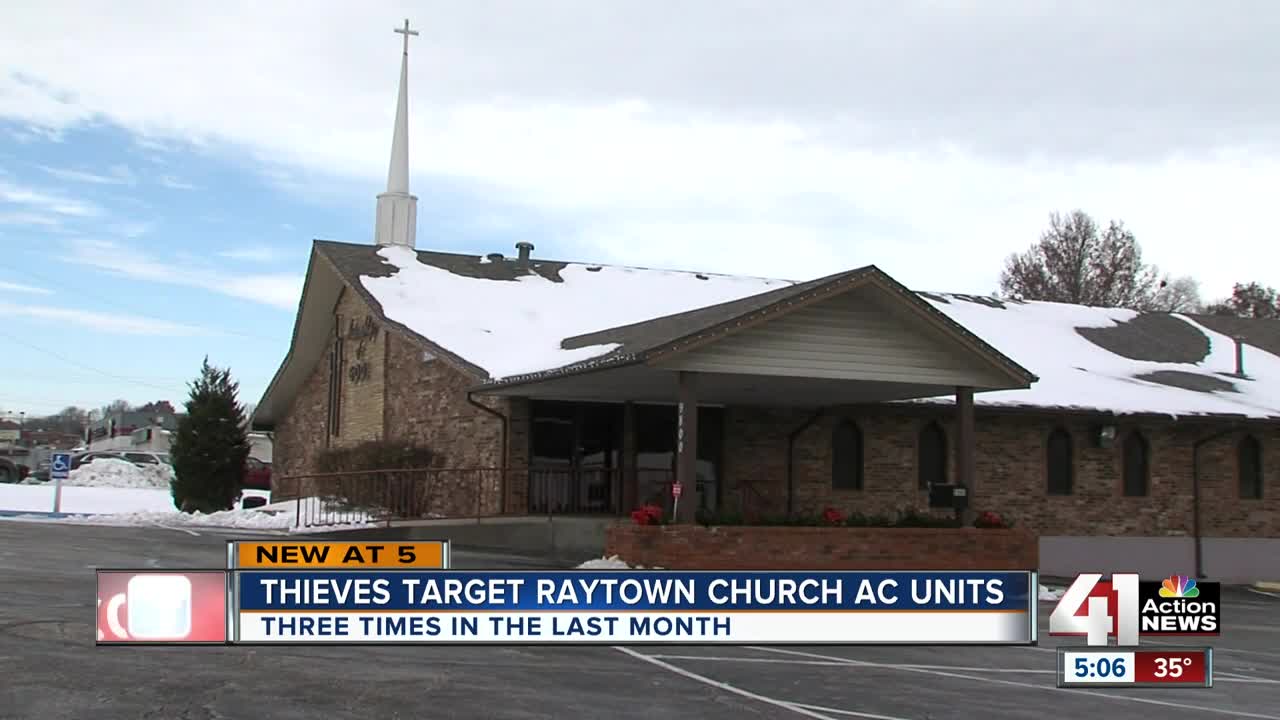 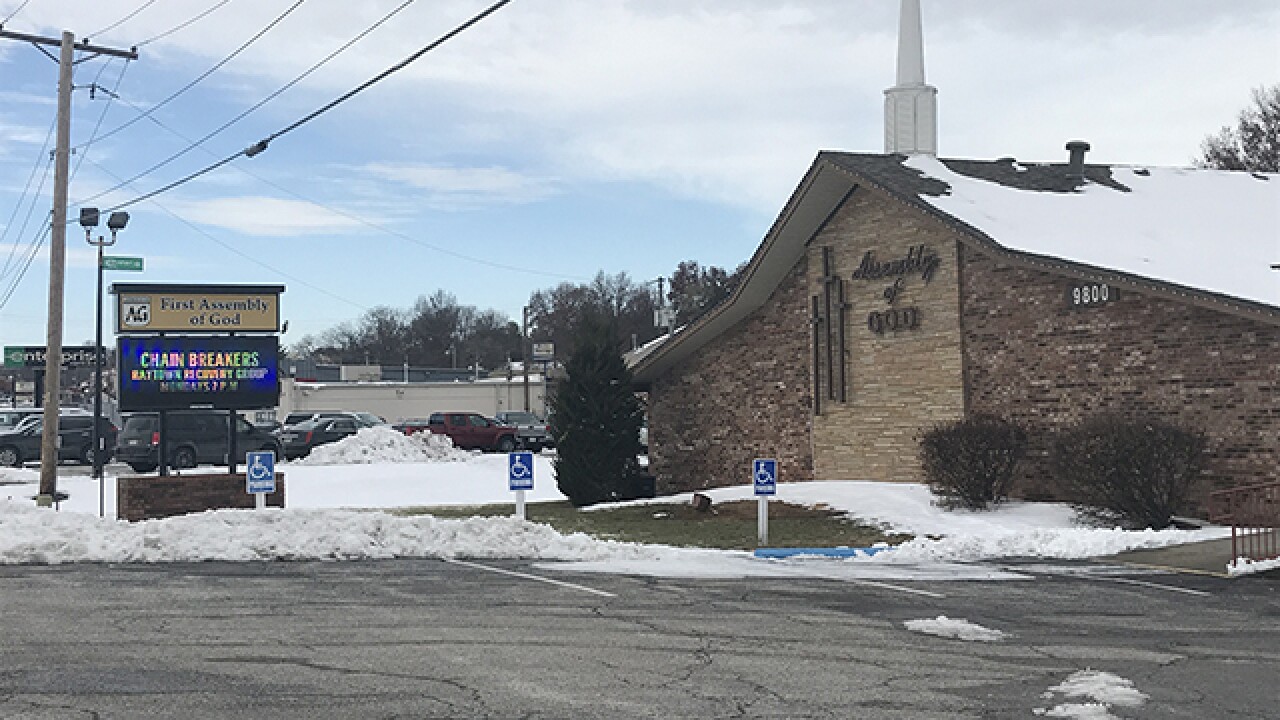 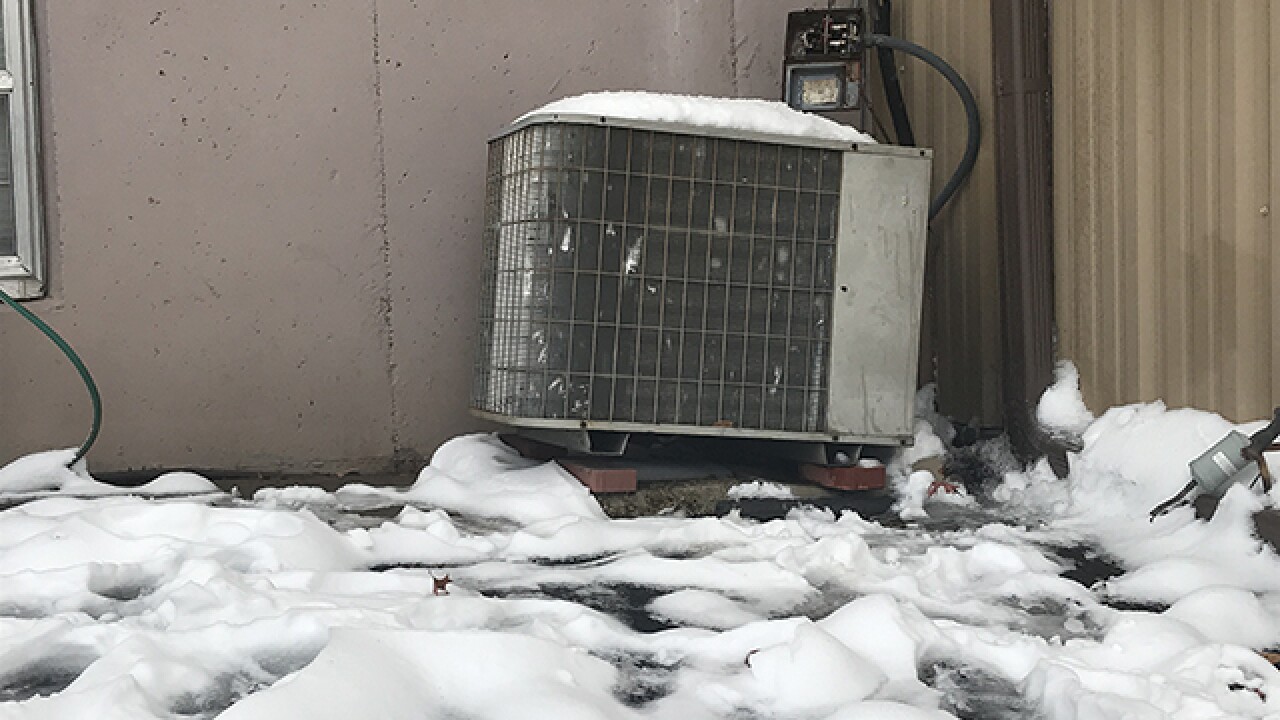 RAYTOWN, Mo. — Police are investigating several thefts that occurred recently at the First Assembly of God church on Highway 350 in Raytown.

"We need to take some aggressive action," said the Rev. Mark Halford, pastor at First Assembly of God.

The suspects are stealing air conditioning units. They allegedly tried to take one on Monday but weren't successful.

"They already had it cut out. It was just moved to a different section of the parking lot," Halford said. "Obviously they’re coming back to pick it up, and one of our members had seen that and called the police."

The burglars struck twice last month. In both incidents, they stole two air conditioning units at a time.

"In one sense we’re blessed in the fact that it’s the end of the summer and we’re not needing the air conditioning units right now," said Perry Wright, a member of the church who does some maintenance work.

Halford said it will cost the church thousands of dollars to replace the stolen units.

"What’s going to cost us $19,000 to replace, they’ll probably get a hundred bucks," Halford said.

Some members of the congregation think they have a clue of who might be taking the units.

"This church is one of the few churches in the Kansas City area that actually deals with people that are struggling with addiction problems, and we assume that’s what this gentlemen is going through, an addiction problem," Wright said.

The First Assembly of God church already has fencing that lines the sides and back of the property. Church leaders are thinking about extending the fencing to cover the front of the property as an added security measure.

"We just consider it very sad and disappointing. We certainly hope the individual who did these things would recognize the fact that what he’s doing for himself is minor to the pain that he’s causing to many others," Halford said.

The church is offering a reward for any information that leads to an arrest.