'This is a model': Presidential candidate Beto O'Rourke tours VCP in Kansas City 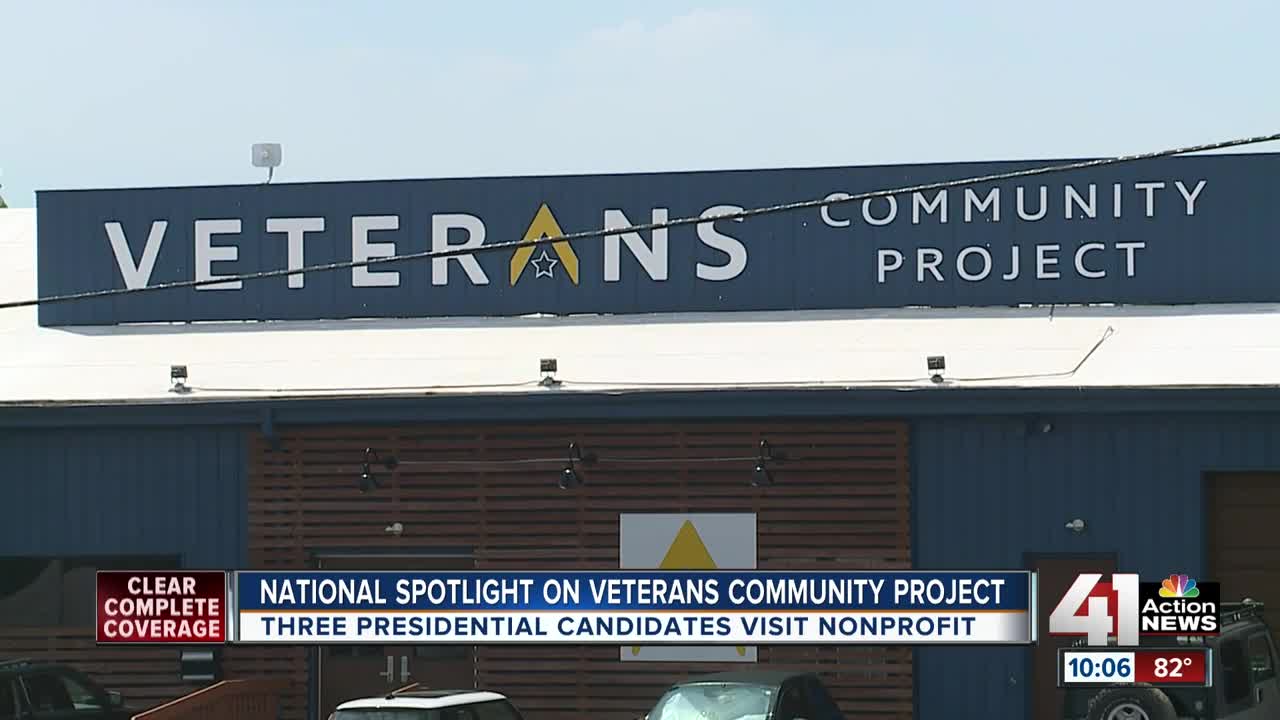 Former Congressman Beto O'Rourke became the third presidential candidate to tour the Veterans Community Project, a village of tiny houses for homeless veterans in Kansas City, Missouri, that serves as a model for other municipalities. "I think this is a model and an example," O'Rourke, a Texas Democrat, said Wednesday after his tour.

Mayor Pete Buttigieg and U.S. Rep. Seth Moulton, a Democrat from Massachusetts, also visited the Veterans Community Project during the past month, praising the innovative nonprofit.

All three Democratic candidates came, at least in part, because of a familiar face.

"I just want to begin by telling you I'm here because of Jason Kander," O'Rourke said, "He's somebody that has been so inspiring to me. His lead is one I've wanted to follow."

Former Missouri Secretary of State Jason Kander, who recently joined the Veterans Community Project, does not take credit for the national attention. He thinks the nonprofit itself is drawing crowds, which can help with the expansion effort he's leading.

"I want folks at the governmental level nationally to know about the genius of Veterans Community Project, so they can help craft programs that facilitate the expansion of VCP throughout this country," Kander said.

During his visit in July, Buttigieg discussed the need for federal policy to be a "wind at the back" of groups like the Veterans Community Project.

Housing vouchers for veterans include a lot of eligibility requirements, which Kander said some veterans living at the Veterans Community Project don't meet.

Both Kander and O'Rourke talked about utilizing U.S. Department of Housing and Urban Development block grants for transitional housing for veterans. Funding would go to cities for programs like the Veterans Community Project.

"Homeless veterans sleep on city streets and they draw on city services," Kander said. "It makes all the sense in the world that we would allow local communities to address these problems locally."