Thousands attend March For Our Lives rally in Kansas City 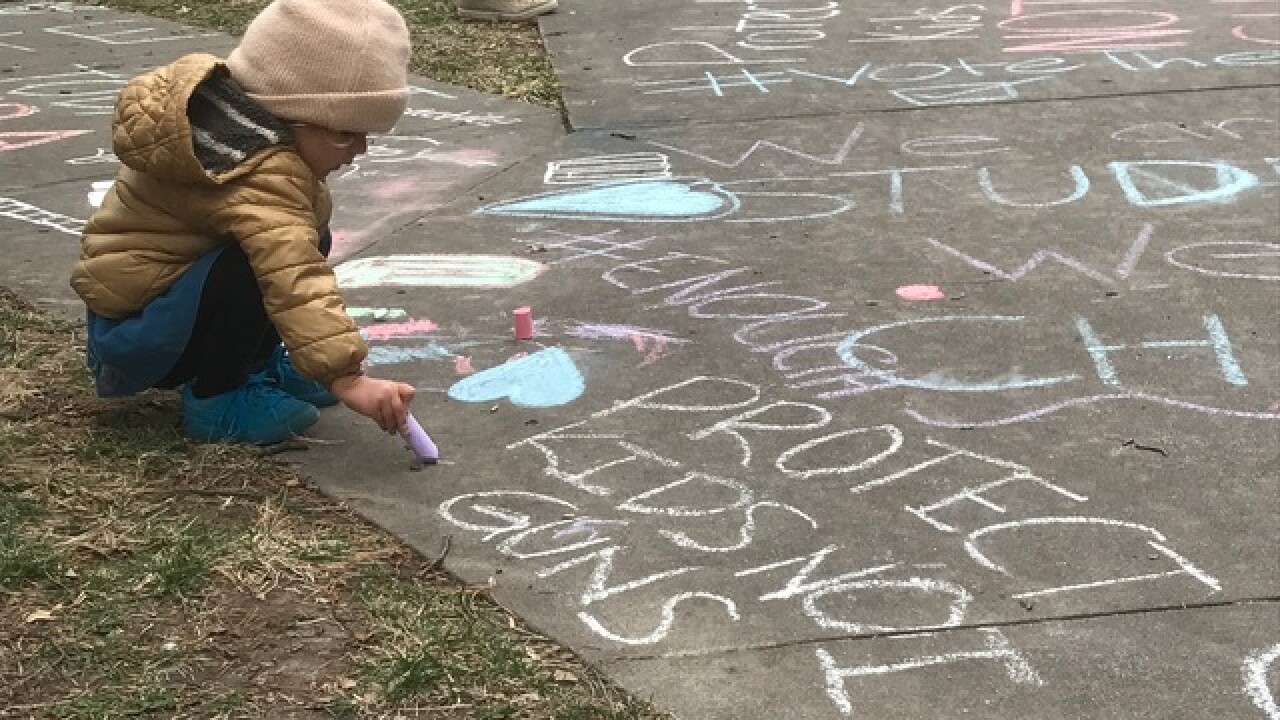 Copyright 2018 Scripps Media, Inc. All rights reserved. This material may not be published, broadcast, rewritten, or redistributed.
<p>Young child draws with chalk next to a message that reads <em>Protect Kids Not Guns</em> at the March for our Lives rally in Kansas City on March 24, 2018.</p>

KANSAS CITY, Mo. -- Messages in chalk covered the sidewalk around Theis Park on Saturday. They read ‘Enough is Enough,’ ‘When have thoughts and prayers ever worked?’ and ‘Protect our children, not our guns.’

The messages were written by people attending the rally that want their feelings about gun violence known.

"Well I'm here, we've got to get these damn guns off the streets; They're killing kids, they're killing everybody,” said Sue Hendon, who came to the rally to help influence change.

"We can't feel safe in our own school when there are still kids our age being shot,” said Wynter Calderon, a student at Congress Middle School.

The March For Our Lives Rally was organized by students from around Kansas City who wanted to do something meaningful to spur change in gun regulations. They also wanted a way to remember the 17 victims killed in the school shooting in Parkland, Fla.

For the students that organized the event, the turn out speaks volumes.

"Many of us students, especially being the ones most affected by the issue of gun violence, especially in school shootings, it's very powerful to see that there is a lot of support and a lot of people care about this,” said Denny Rice, an organizer and senior at Shawnee Mission East High School.

The rally was also a chance for different generations to meet and share in a common goal.

"She wanted me to have a safer future and she wanted everything to turn out okay for me. It feels good to finally have people understand what we're going through. It means the world, it really does,” said Ryan Swiggart, a student at Congress Middle School.

Many people at the rally say that a student lead movement is the only way change will happen.

"It's the only thing that makes a difference. I'm so proud of these students. They're making it happen. The youth will lead us,” said Hendon.