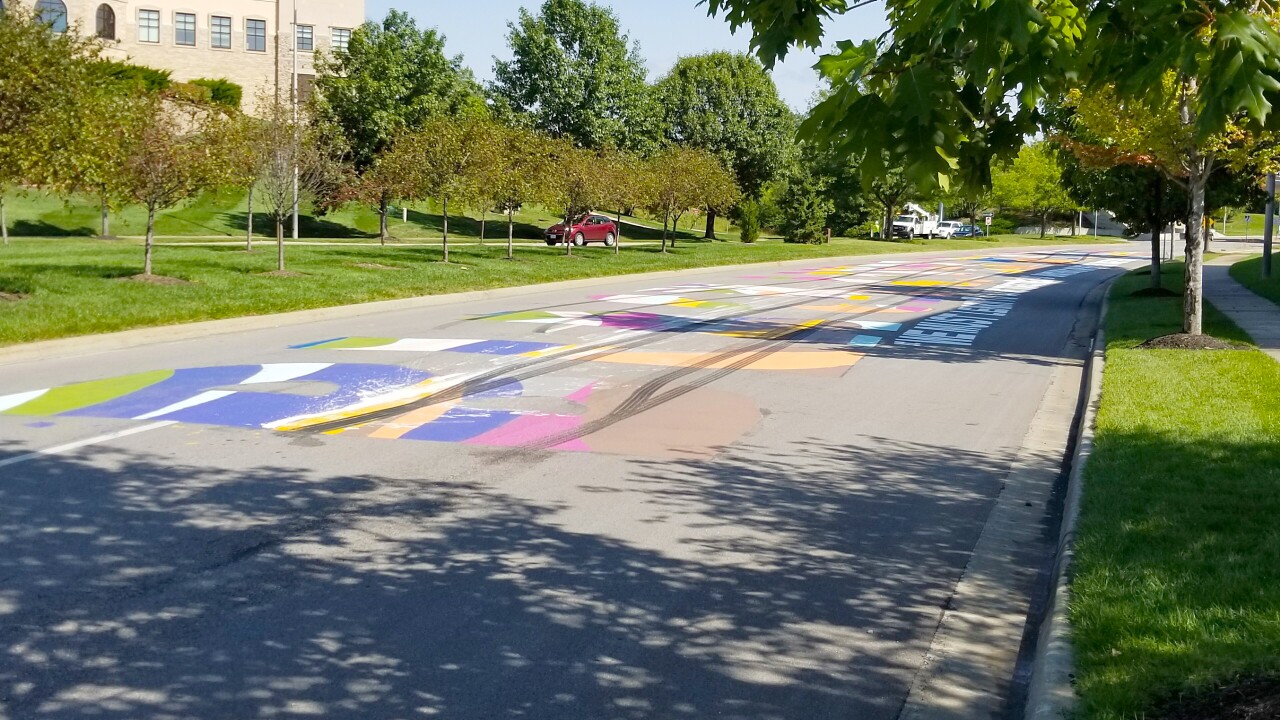 Copyright 2020 Scripps Media, Inc. All rights reserved. This material may not be published, broadcast, rewritten, or redistributed.
Jason Gould/KSHB-TV
As of Monday, Sept. 14, 2020, the mural located near the intersection of NW Briarcliff Pkwy and N Mulberry Drive had a set of tire tracks covering up part of the mural.<br/> 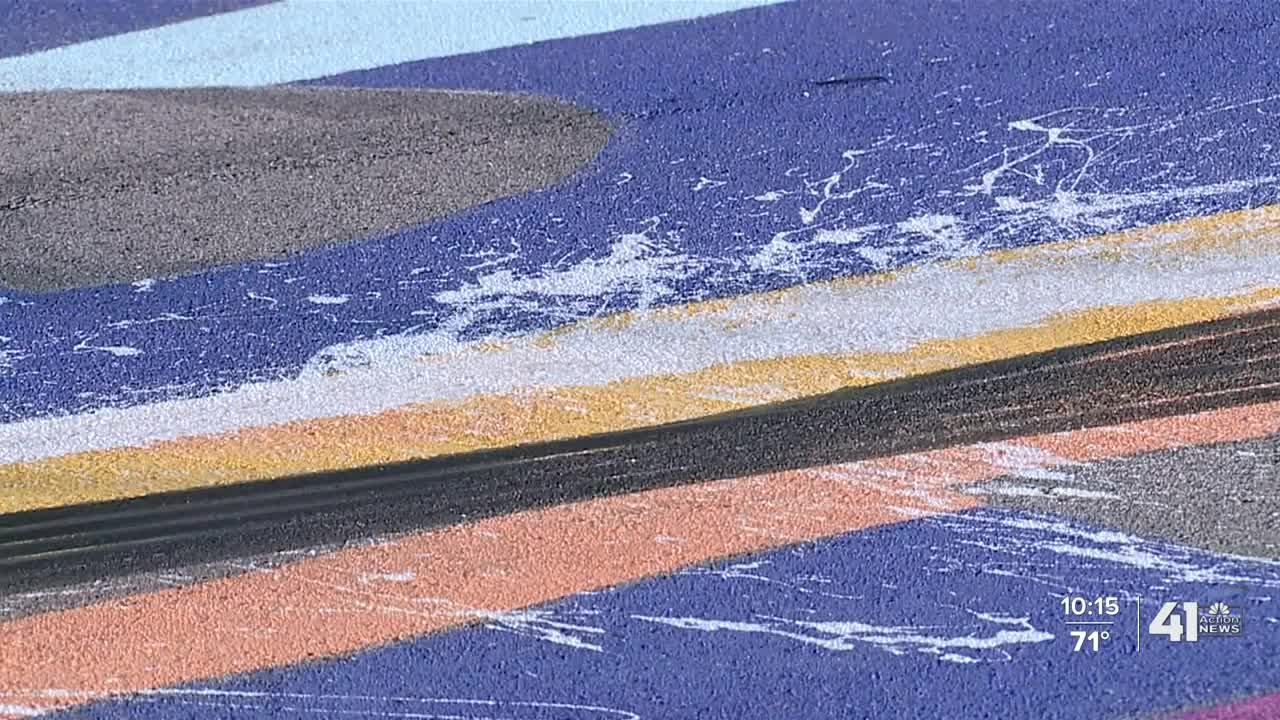 KANSAS CITY, Mo. — Roughly one week after six Black Lives Murals were painted on streets across Kansas City, Missouri, one of them has tire tracks over it.

Harold Smith, who designed the mural near the intersection of Northwest Briarcliff Parkway and North Mulberry Drive, said that rather than cover and repaint the tire tracks, he suggested embracing the "additions."

"Black culture and Black art has always taken Black pain and the things that happened to create more art," he said.

As of Monday morning, the Northland mural was splattered with white paint – in addition to the tire tracks – that Smith said was not part of the original design.

"I wasn’t surprised," he said. "Well, I was surprised it took this long."

A Kansas City, Missouri, Police department spokesperson said the mural is located on a city road. In order to initiate an investigation, the city would have to file a police report. At time of publishing, the city had not yet done so.

"If an investigation is launched, we would work with the prosecutors to determine what, if any, potential criminal charges could apply," the spokesperson wrote.

Initially, police said the tracks on the mural are considered “general wear and tear on a street and that the department would not be investigating."

In August, the City Council approved the six murals to “recognize the importance and significance of the Black Lives Matter movement.” Councilman Eric Bunch sponsored the resolution.

"I’m absolutely disappointed," he said. "It's a serious affront to our efforts to end racism, to deface a mural like that."

All six murals started to take shape during the weekend of Sept. 5-6.