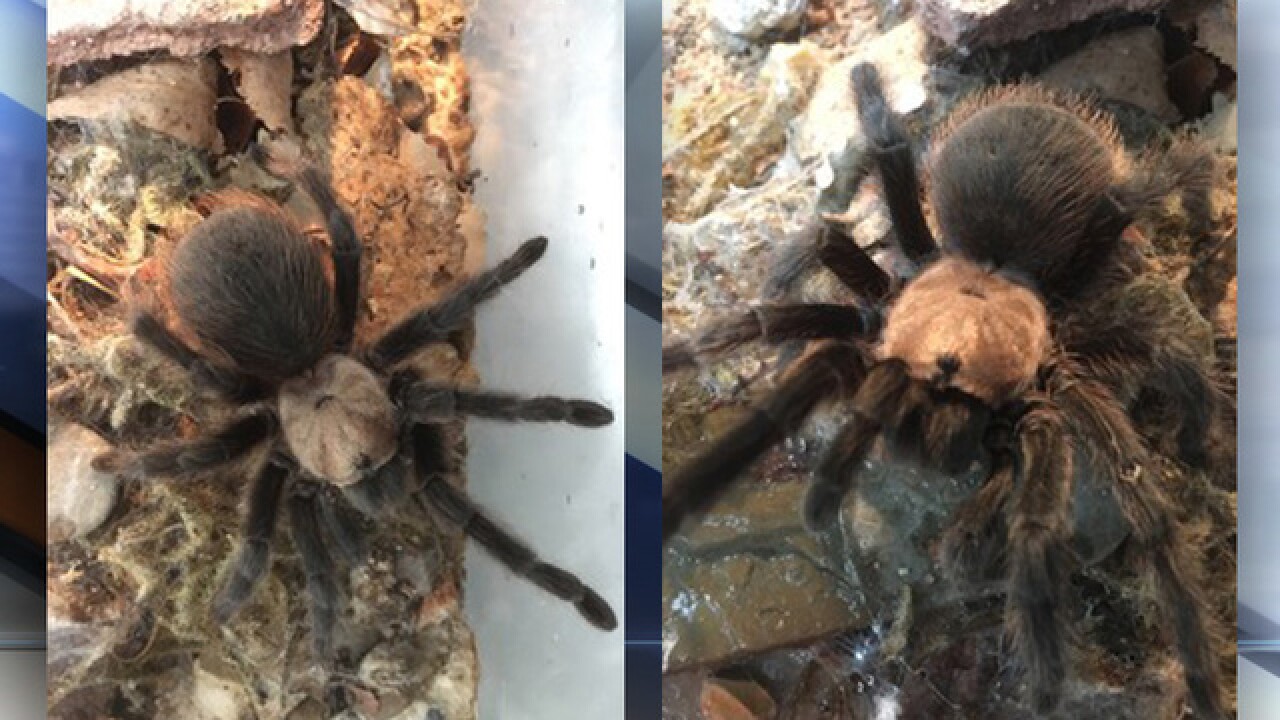 Photo by Mark Christopher
<p>Tarantulas in southeastern Colorado will be out and about late August into the fall for mating. Because of the high number of arachnids roaming around, some call it a "migration." </p>

As the air cools and the dark of night creeps across Pueblo, eight-legged, fanged, hairy creatures come out of hiding to hunt for … love?

No, this isn’t the start of a Halloween film, but rather the tarantula “migration” in southeastern Colorado. And while the arachnids may not truly be searching for love, they are actively seeking out a mate.

Paula Cushing is an evolutionary biologist who studies arachnids at the Denver Museum of Nature & Science. She said during this time of year — late August into the fall — male tarantulas in the southern and southeastern parts of the state molt, develop fully formed sexual organs and become very active.

“They leave their natal burrows, where they were otherwise living as immatures,” she said. “They leave those (burrows) and they are out cruising around looking for love. They’re looking for females who stay put in their own burrows.”

The male tarantulas usually mature when they reach 10 years old and that’s when they start looking for a mate.

“And once they’ve mated they can still feed and hunt, but they tend to not be all that interested in hunting,” she said. “They really are pretty single-minded about finding a mate. They typically don’t live very much longer after they’ve mated. The males typically die soon after they mated, but the females will live for several, many years.”

Some species can go on to live up to 10 to 20 years old. The oldest tarantula on record was studied by scientists in Australia for 43 years , Cushing said.

While there are many of these male tarantulas scurrying around the southeastern Colorado area, it’s not a true migration. But some locals may think so because of how many are out and about, she said.

Cushing said the male tarantulas come out during the evening hours. They’re commonly spotted in the Comanche Grassland near La Junta and on the eastern edge of Colorado State University at Pueblo’s campus, even on the school’s soccer fields, she said.

But that’s not the only place to spot them.

“With climate change, we’re seeing a range extension," she said. "Tarantulas have been reported as far north as Colorado Springs, but Pueblo is sort of the traditional part of the range."

People who want to search for the active arachnids and watch the "migration" should know that while tarantulas are venomous, the venom isn't detrimental to humans, Cushing said. All spiders have venom in their venom glands, but only one in Colorado can cause serious damage: the western black widow. A bite from a tarantula won’t lead to a medical emergency, but it certainly would hurt, she said. Should one of the animals become “really annoyed at you, and you’d have to get them really annoyed,” they could strike with their centimeter-long fangs, which are large enough to break skin, she said.

“It’d probably feel like a bee sting,” she said. “But the venom wouldn’t have much more reaction to our bodies.”

Usually, tarantulas will run from a threat instead of biting, or will flick their urticating hairs, which are barbed hairs on their abdomen, at a perceived predator. The hairs can get stuck in skin and become irritated.

“If they’re extremely perturbed, they might rear up and expose their fangs and threaten to bite,” she said. “It’s difficult to get a spider to bite you. Bites occur when the spider is trapped against your skin and it really does feel like it has to defend itself just to get away.”

So, while the “migration” is a unique spectacle to see in person, just don’t get too close.