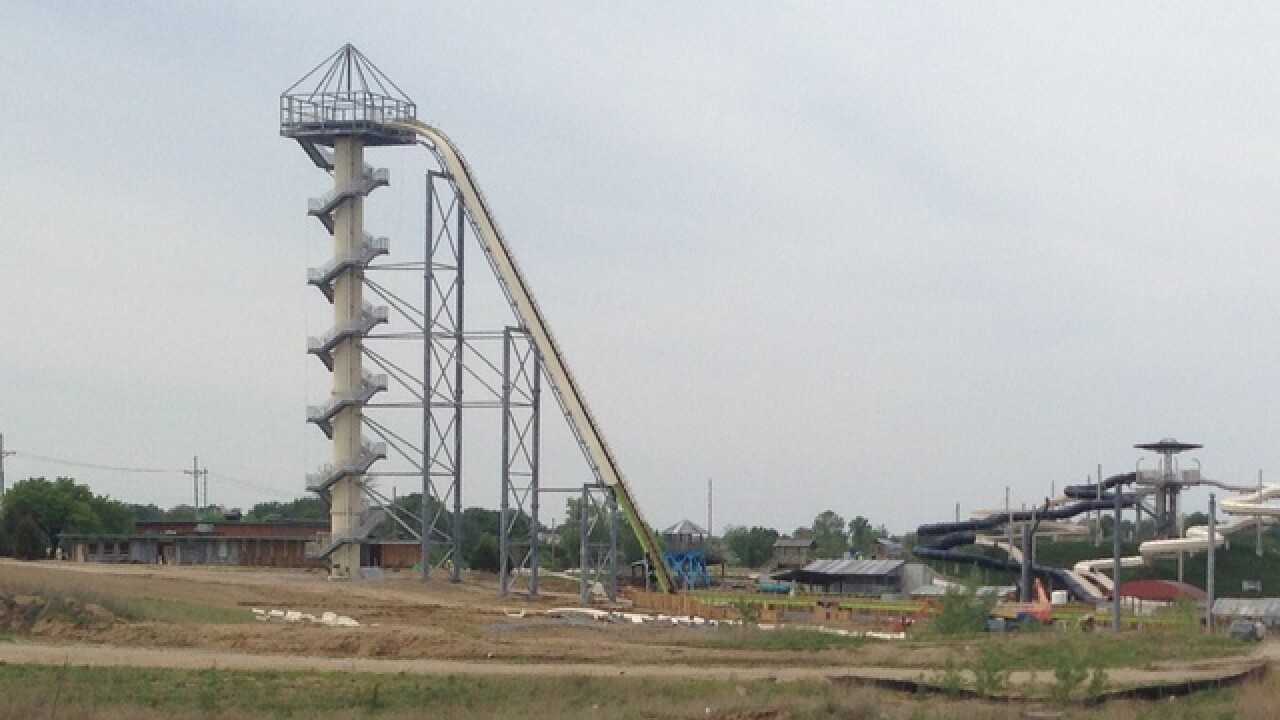 &lt;p&gt;A photo taken by Garrett Haake from the ground shows the entire second "hill" of the Verruckt water slide has been dismantled.&lt;/p&gt;

First Schlitterbahn's water slide Verrückt was set to open May 23, then it was delayed until at least June 5. Now waterpark officials say it will open June 29.

Waterpark officials said Friday the world’s tallest water slide is "now functional, but a few operational tweaks" is what crews are still working on.

White netting now wraps around the upper portion of the 17-story waterslide.

It’s part of the many fixes made to the extreme ride which has delayed the debut twice.

In the days and weeks that followed the delay, workers partially disassembled the waterslide including the lower hit, which was rebuilt at a shallower angle.

Guinness World Records deemed it the world's tallest waterslide back in April.

But until June 29, it will be a ride without any riders. The debut will coincide with the premiere of a "behind-the-scenes" special on the building of the water slide on the Travel Channel.