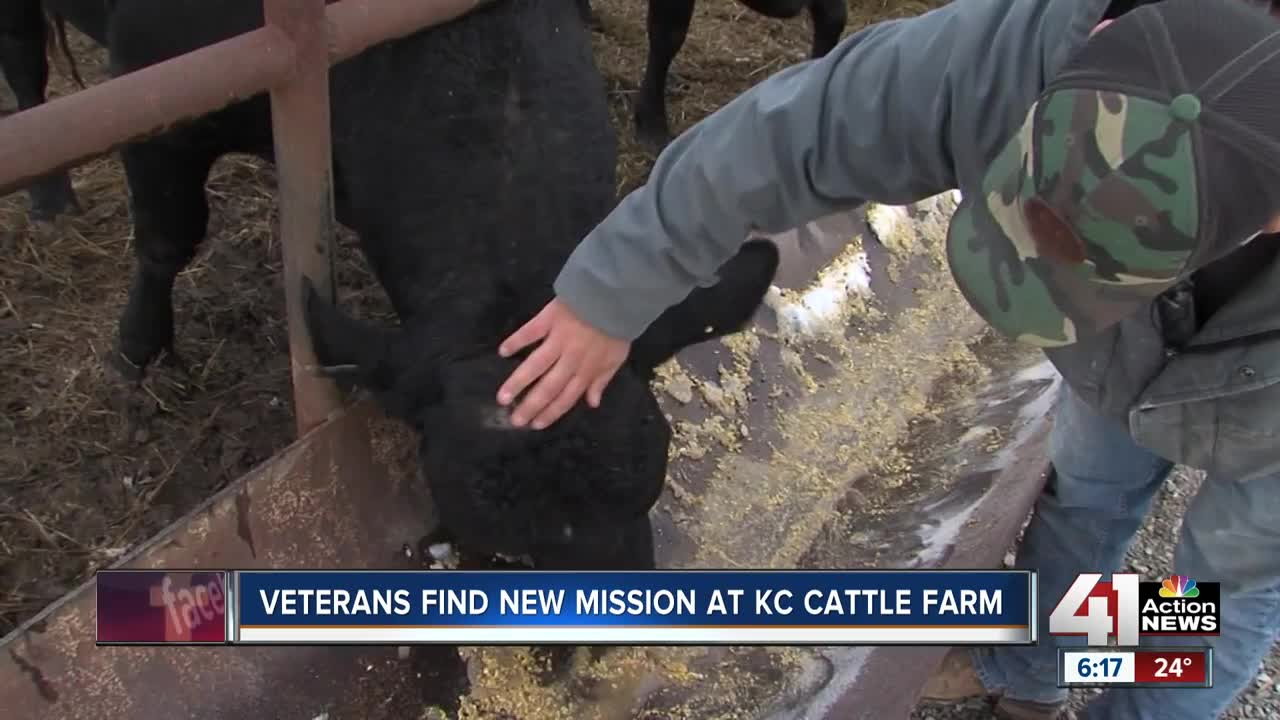 Patrick Montgomery started KC Cattle Co. to help veterans find their next mission and continue the legacy of his brother-in-law in more ways than one. 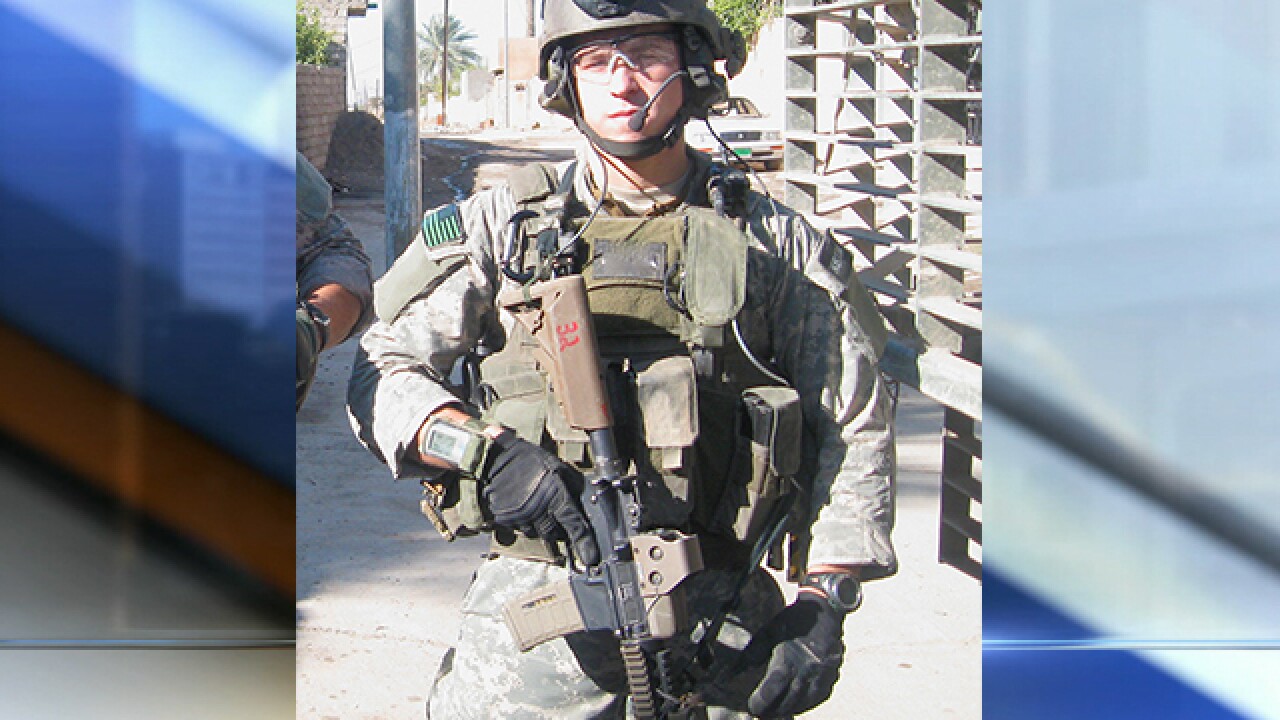 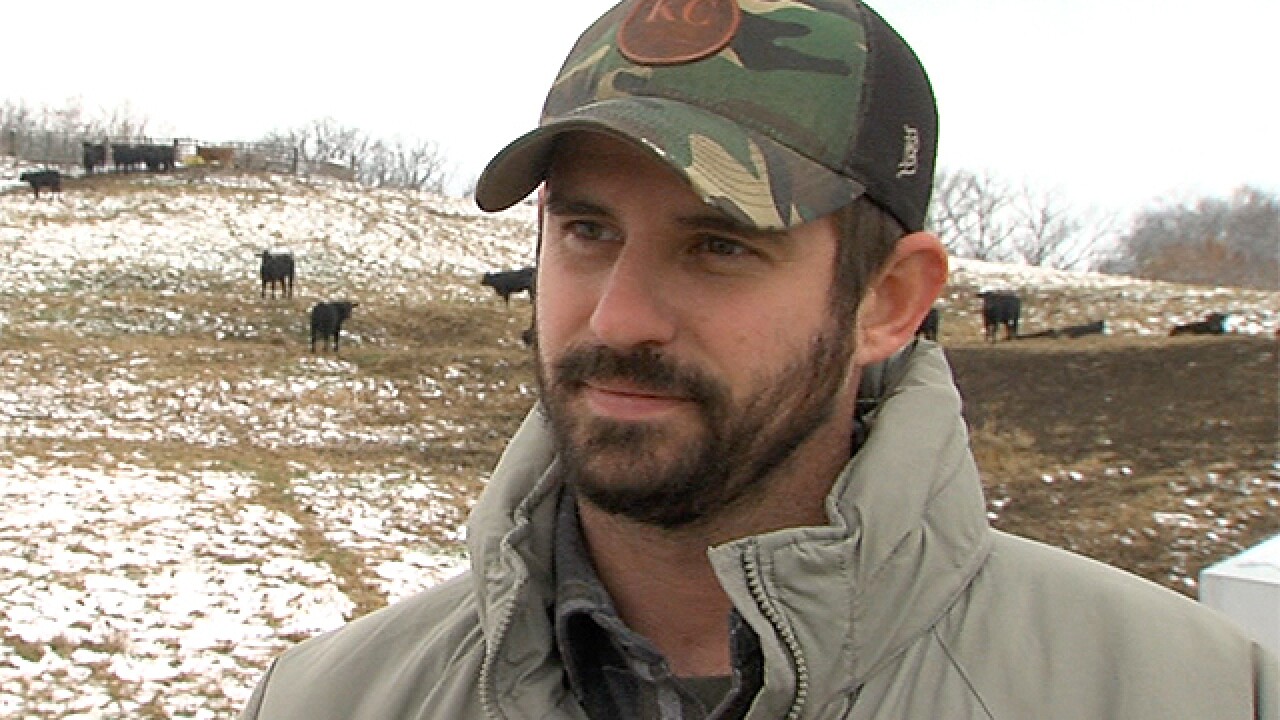 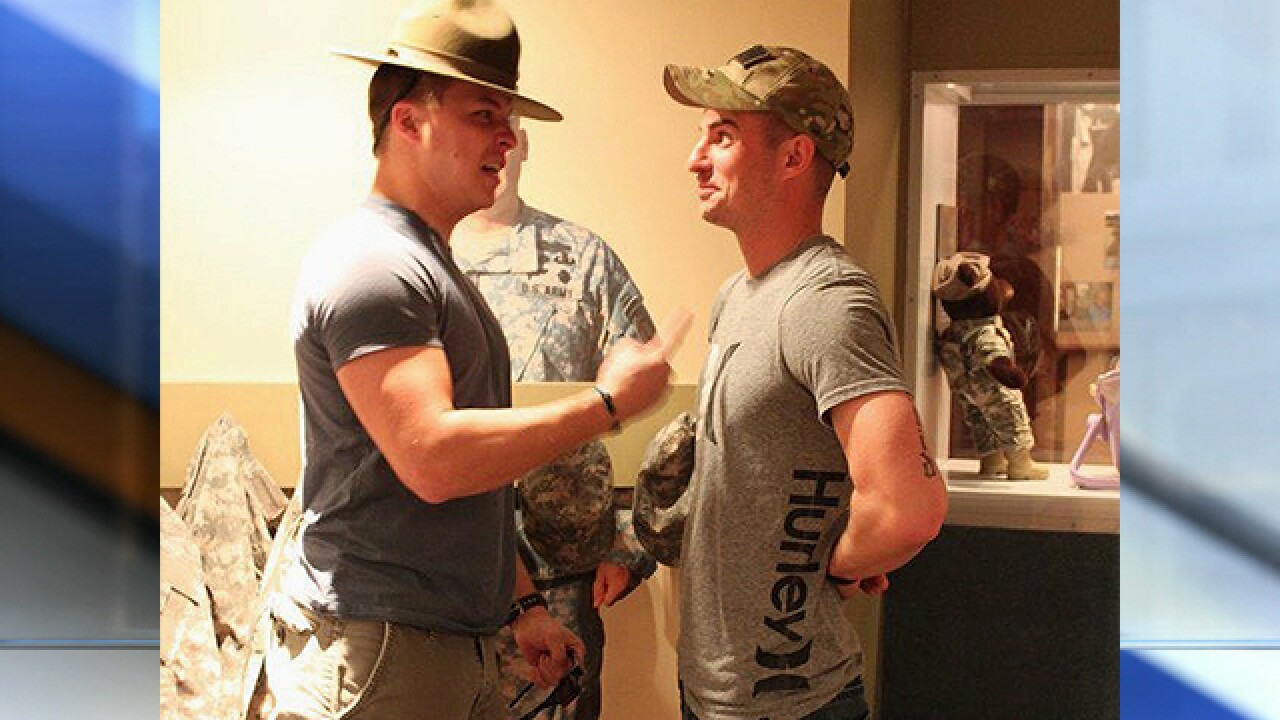 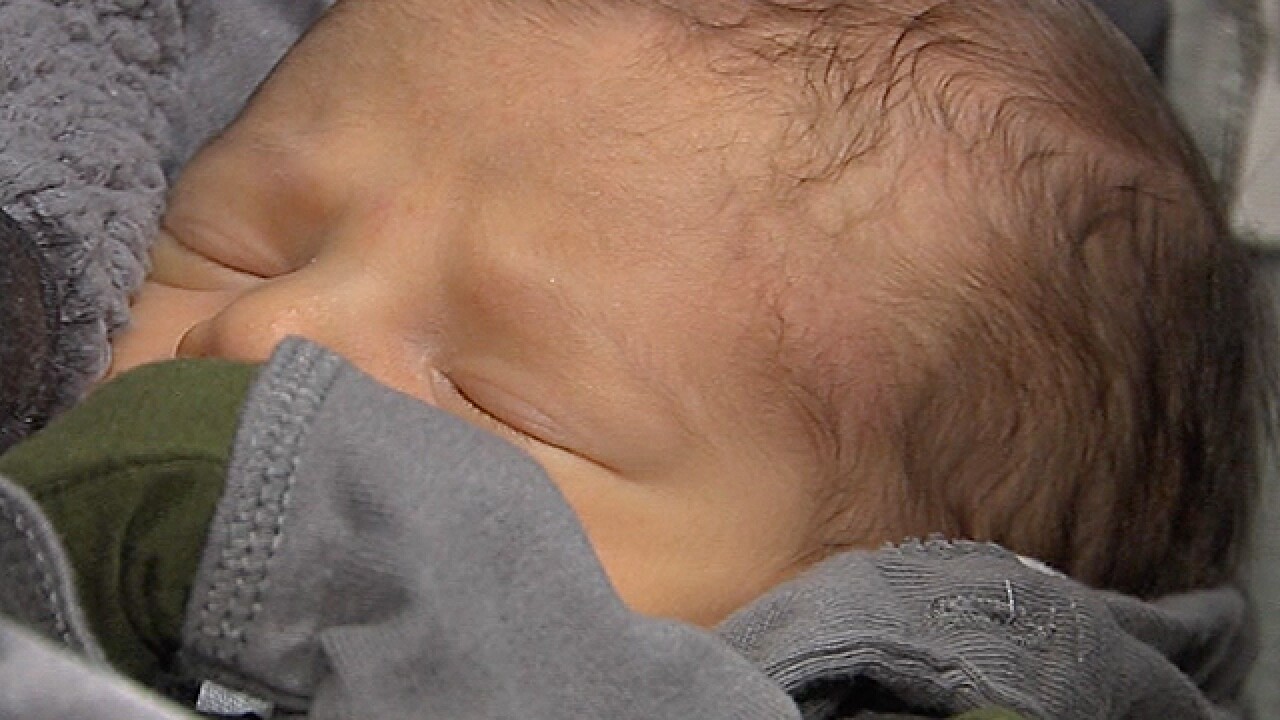 KANSAS CITY, Mo. -- When Zeph Martinez goes to work each day now, he says he feels at home.

“I love it. It is really peaceful,” he said.

The veteran works at the KC Cattle Company ranch in Weston, Missouri.

It’s a very different reality than the five years Martinez served in the U.S. Army.

“I went to Iraq for a year and then Afghanistan.”

Martinez started at the cattle company just a few months ago. It wasn’t his first job when he came home, but he says he wishes other veterans could find what he has.

“They kind of don’t know what they’re supposed to do and they just kind of take the first thing that comes and they’re not happy,” he said.

Patrick Montgomery runs the ranch northwest of Kansas City. He wants more veterans to feel like Martinez does at the ranch, which Montgomery started a year ago.

“I’m a veteran and then everybody we employ out here are veterans,” Montgomery said.

He noticed how peaceful he felt working with large animals like cattle and had always wanted to start a business.

“When I kind of saw how it was beneficial for me, I figured why not bring other veterans out here that are transitioning out of the military and need that next mission in life.”

His next mission at KC Cattle Company? Helping not just the veterans who make it back, but also those who don’t.

“They’re not here, so you’ve got to live every day for those guys that can’t,” he said.

“When I lost Jeremy, I kind of turned down this deep dark path there for a little while and I hit rock bottom,” Montgomery said.

They had always planned to run a business together.

“I think I’ve created something he’d be really proud of,” he said. “I see him around here every day when I’m out here working.”

“Jeremy’s old truck is in the barn. We use it as a field truck, and we’re actually planning on giving that to his son (Everett) when he turns 16.”

“To watch him work with Everett and the cows and different equipment, and watch him have conversations about who Everettt’s dad was and why this means a lot to Patrick, there’s just something really priceless about it,” Colleen said.

41 Action News first interviewed Colleen in 2014. That’s when she told us about the day she found out Jeremy was killed in 2011.

“I said, ‘Oh my God, is it my husband or my brother?’ because they were both gone,” she said then.
Both Jeremy and Patrick were serving in Afghanistan at the time.

“And then the chaplain knelt down on one knee and he started reading this statement and all I heard was ‘On behalf of the United States President, we regret to inform you that Staff Sgt. Jeremy Kat –‘ and that was it. That’s all I heard,” she said.

Patrick, already in Afghanistan, was able to bring Jeremy home.

“So when I got the news that Jeremy was killed in action, I flew up to Bagram to meet his body,” he said. “I think it will be the greatest honor until I go to be rested in my grave.”

“You grieve dreams along with grieving the person,” said Colleen. “So you have to learn to rebuild and move forward.”

And now Jeremy’s legacy is living on in more ways than one. Patrick’s first child, just barely 2 weeks-old, is named Jeremy.

“Indescribable,” said Colleen. “He is so beautiful, so sweet in so many ways. A little ornery just like Jeremy,” she laughed.

“There was no negotiating that my first-born son’s name would be Jeremy,” Patrick said about what he told his wife long ago.

And there is no doubt baby Jeremy will be out on the ranch someday too.

“Yes, Jeremy will definitely know all about hard labor,” he said.

They’re making waves raising Wagyu cattle, even getting a recent mention in the New York Times for their product.

Veterans also come to volunteer, be out on the grounds, and as Zeph Martinez puts it, “just get away from it all,” if only for a day.

Kansas City group War Horses For Veterans has helped connect veterans like Martinez to the ranch.

Montgomery’s long-term plans include lots more cattle at the ranch.

“And I really want to be able to have a lot more veterans out here.”

Montgomery wants to expand the ranch to include more animals. Martinez specifically hopes to start his own business raising chickens on the ranch with Montgomery's support.

“A lot of people like thanking veterans for their service,” said Martinez. “But one way you can thank them is give them a job.”

The whole effort leaves many amazed.

“I know I think it’s amazing,” Colleen said. ”There is an Airborne Ranger in the sky that definitely thinks it’s amazing also.”