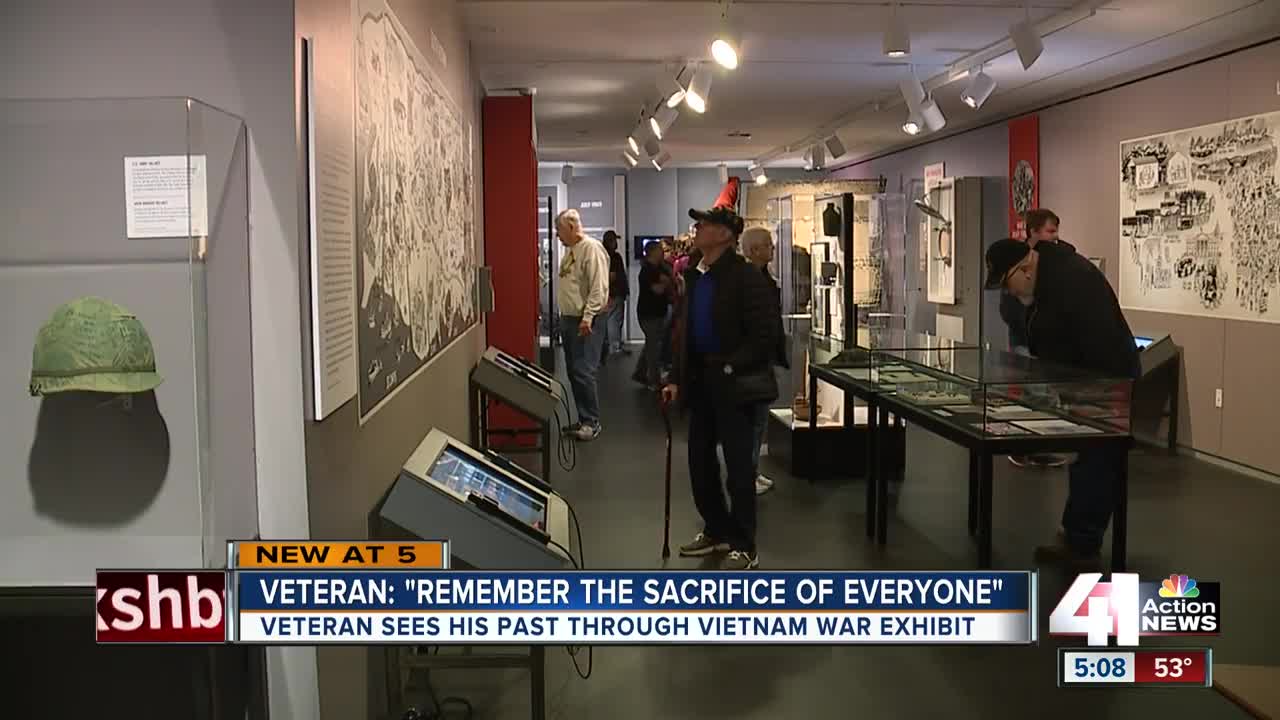 Bob McSweeney, a Marine Corps veteran, is a National World War One Museum and Memorial volunteer who can now revisit his past through the museum's new Vietnam War exhibit. 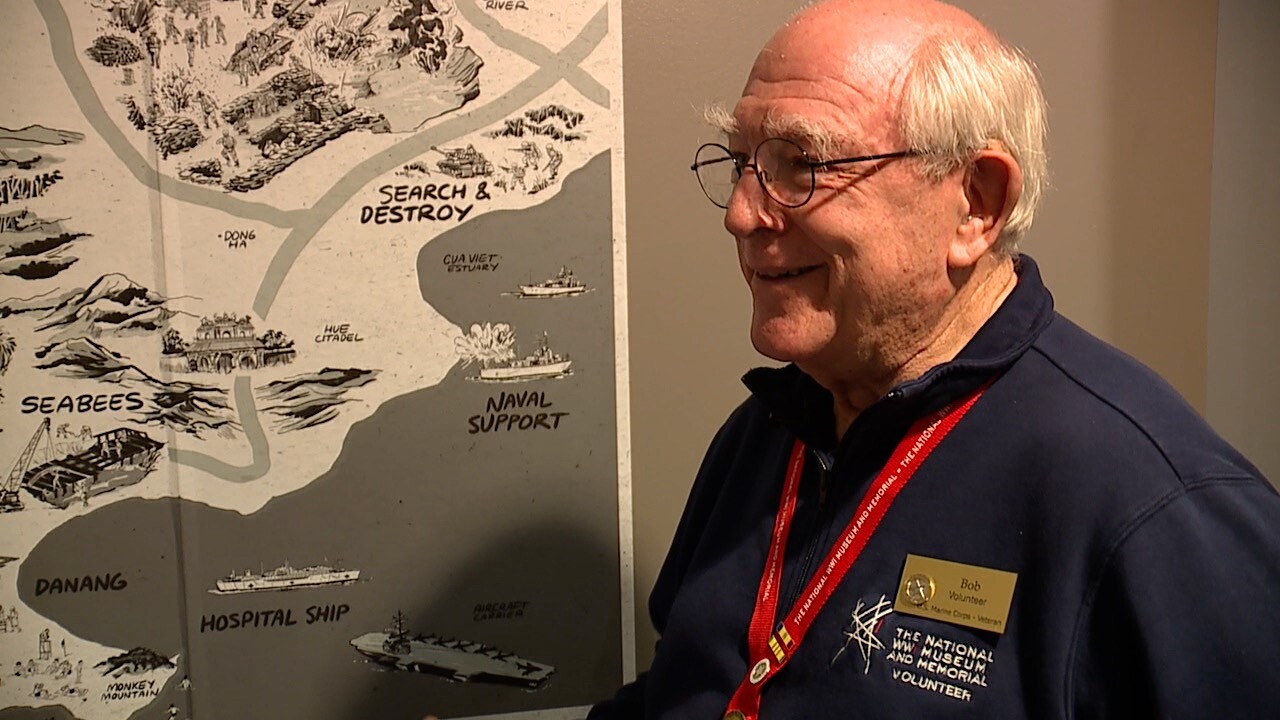 "We knew what was happening because we were told don't go beyond this point,” said McSweeney, who served during the war from August 1968 to September 1969. “But, it was... I don't want to get any closer."

McSweeney, a Marine Corps veteran, is a National World War One Museum and Memorial volunteer who can now revisit his past through the museum's new Vietnam War exhibit.

"[There are] good memories for the most part because of the people,” McSweeney said. “The people I served with, my classmates basic school and officer school."

As far as the bad memories, McSweeney said everyone will have some, but “that’s life.”

His favorite part of the exhibit was a map of South Korea. Looking at it took him right back to the fighting lines.

"I'm a Marine and Marines operated in I Corps, Marine command assistance in Vietnam,” he said. “I was basically all up and around this area.”

When museum goers walk through the exhibit, McSweeney wants them to remember those no longer with us.

"Remember the sacrifice of everyone, all sides that took place here," McSweeney said.

He also said visitors could come out of the exhibit learning something new.

"That's what this museum is all about,” McSweeney said. “Have people see things and learn from them.”