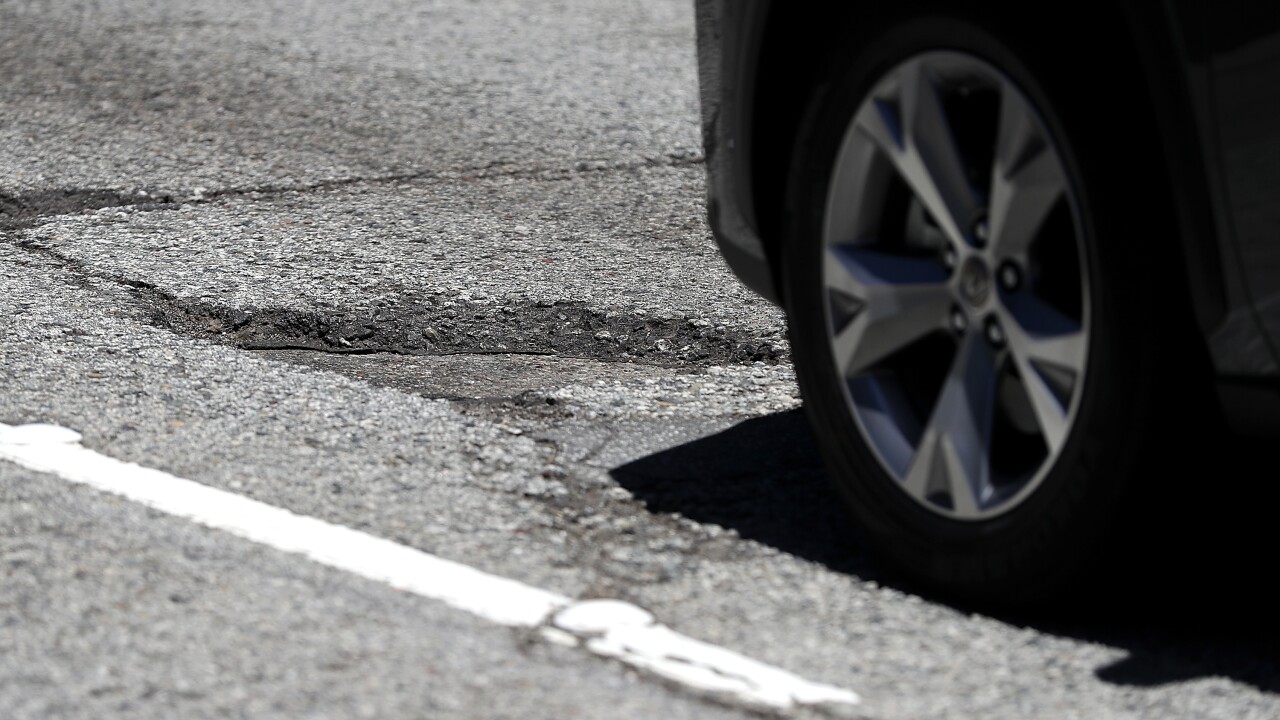 With snow melting and more on the way, drivers have several hazards to watch out for on the road — including potholes.

It may seem obvious, but more potholes are popping up in the weather conditions Kansas City has seen recently.

Wednesday night, MoDOT crews patched a large pothole on southbound Interstate 435 near Interstate 70 after they say it caused 12 flat tires.

All of the vehicles were fixed at or towed from the scene.

Potholes form after a layer of moisture seeps into pavement.

The liquid makes its way through all the cracks and settles in-between the pavement and soil, which becomes extremely saturated.

Then, when temperatures fall below 32 degrees and the water freezes, it expands and pushes the pavement up.

When it begins to warm back up, it melts, leaving space between the pavement and soil, and weakening the surface.

The pavement can then collapse in on itself, creating the pothole — which, if not treated, can easily expand.

How to report a pothole

If you live in Missouri, you can report a pothole by visiting modot.org/roadconcern, calling 1-888-ASK-MODOT, or emailing comments@modot.mo.gov.