Complaints date back to 2011 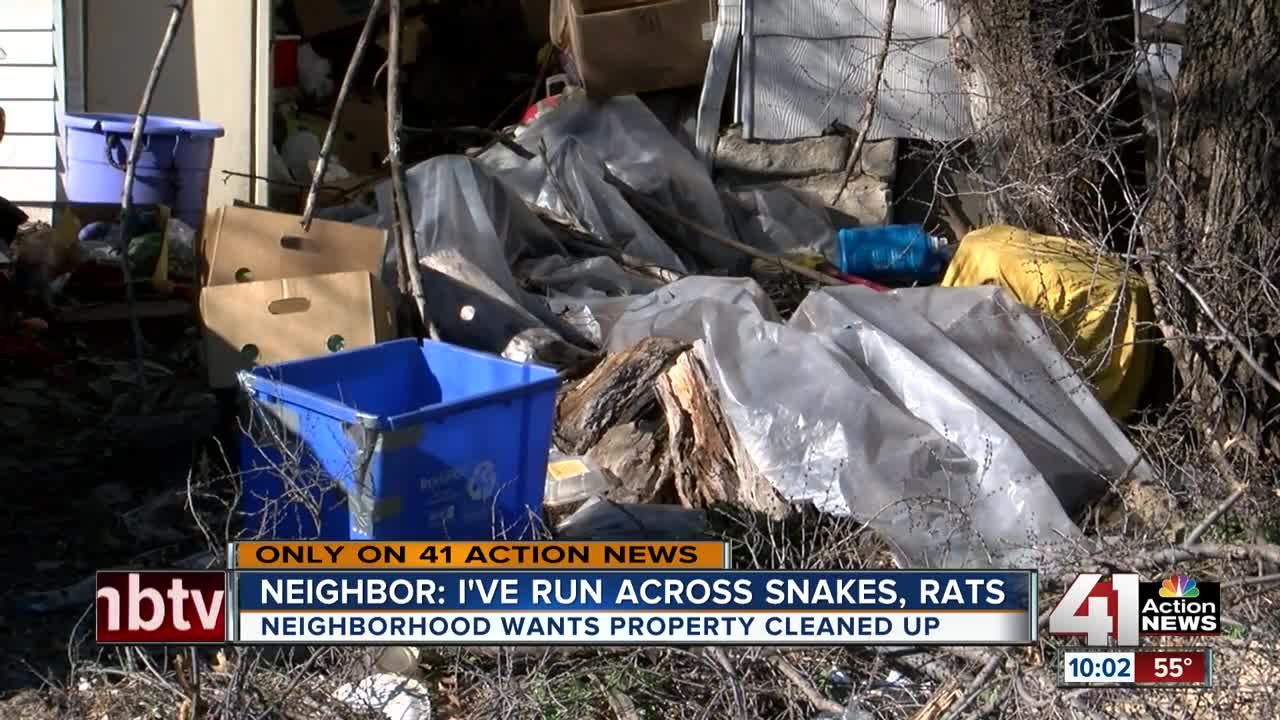 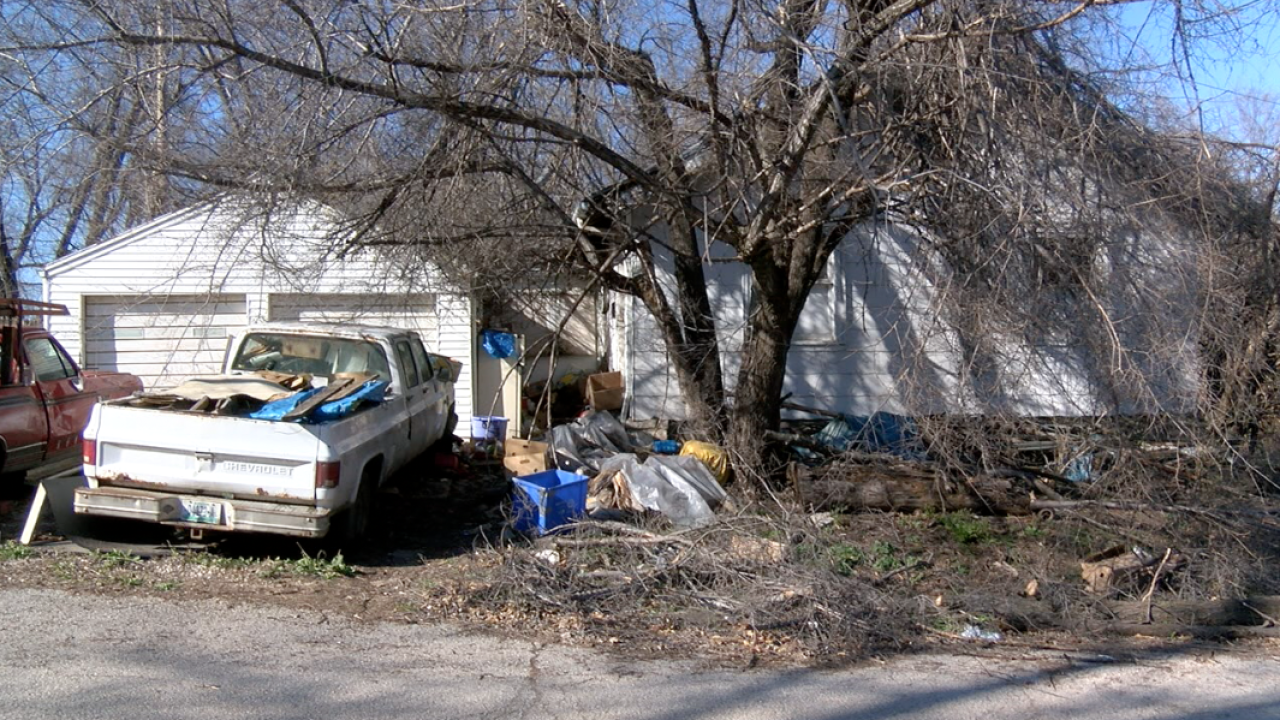 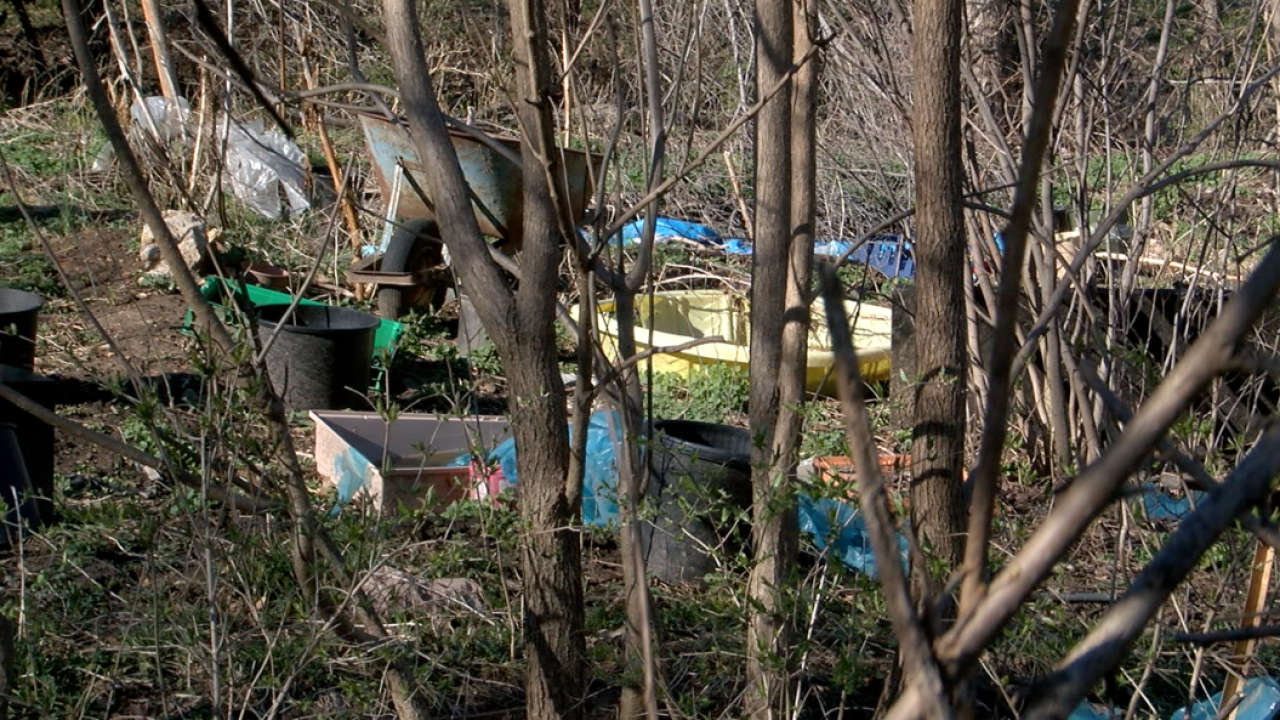 KANSAS CITY, Mo. — The tight-knit community of Marlborough East, just off Prospect Avenue in south Kansas City, is trying to clean up the neighborhood and attract investment to their neck of the woods. But it isn't always easy.

"It takes a village to raise a neighborhood, right? So basically, we need help," said Patricia Martin, a longtime resident and member of the Marlborough East Neighborhood Association.

Specifically, the neighborhood association reached out to 41 Action News for help with a property on East 80th Street that members have been battling for years.

"You can look and see there's a little bit of everything in there," said Richard Riley, another neighbor and a member of the neighborhood association.

The side yard is filled with tarps, buckets and piles of brush. Two pickup trucks stuffed with debris sit in the driveway. According to records from KC Water, the water service was shut off in 2014.

"I think of it as a condemned place. Someplace where a child can get hurt," Patricia Martin added.

The house and its owner, John Michael Oyer, have racked up quite the paper trail, with more than 100 complaints to 311 dating back to 2011.

Oyer currently has 47 municipal court cases and has been found guilty at trials in 42 of them. According to a court spokeswoman, Oyer was ordered to pay $1,235.50 in fines and was placed on one- and two-year terms of probation. He failed to appear for two probation violation hearings in February and for two more hearings in March related to new cases. Warrants will remain in place until Oyer is picked up or posts bond.

Eight years after the complaints began, neighbors have had enough, and they are pushing the city for answers.

"They're dragging their feet. They act almost like they don't want to do anything," Riley said.

"It needs to stop somewhere, and somebody needs to stand up and do their J-O-B," said Mike McCormick, another neighbor.

"The neighbors can rest assured it has not fallen on deaf ears at City Hall," he said.

Baccala said the city is working toward a resolution, but there's no quick fix through the courts. Any attempt to take possession of the property would take a long time.

"He has legal rights too, and we have got to do what's right and let him pursue whatever legal channels he wants to until those are exhausted," Baccala said of the property owner.

Oyer, who did not want to speak on camera, said in an email that he broke his leg in February and that the injury left him unable to clean up the property.

A man named Charles, who did not want to give his last name, reached out to 41 Action News as a spokesman for Oyer.

Charles said about six people currently use the property, including a friend of Oyer's who is living in the house.

City ordinances prohibit someone from living there without utilities, but Charles argues that the requirement is unconstitutional. He also takes issue with the service fees KC Water charges regardless of water consumption and plans to pursue a case in federal court.

When it comes to the perceived mess in the side yard, Charles said it is actually an organic garden.

Any clutter in the front has been ignored because they've been too busy fighting court battles, he added.

"If we are too busy to clean up, we'll get to it on our timetable, and if somebody wants to help, they can," Charles said.

That's an offer the Marlborough East Neighborhood Association said it has made, but to no avail.

However, Charles said he would be open to sitting down with the group to talk about resolutions.

"We're not going to give up, because we have to live here," Patricia Martin said.