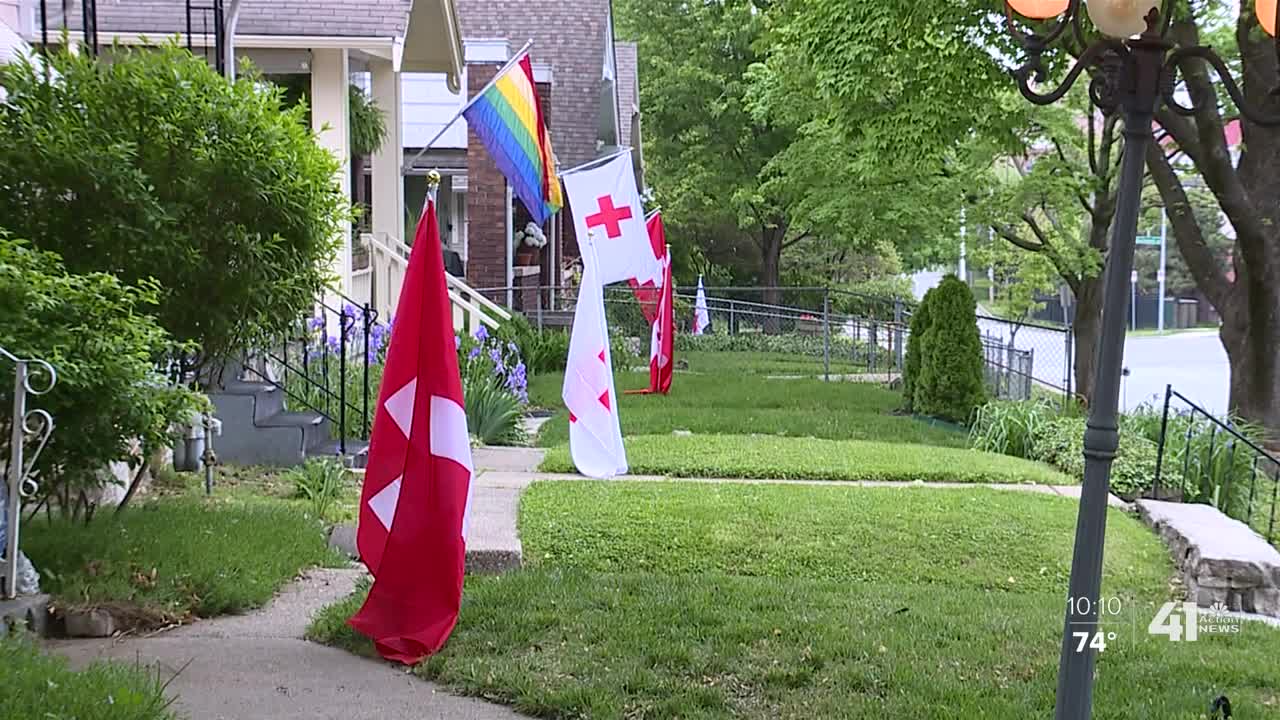 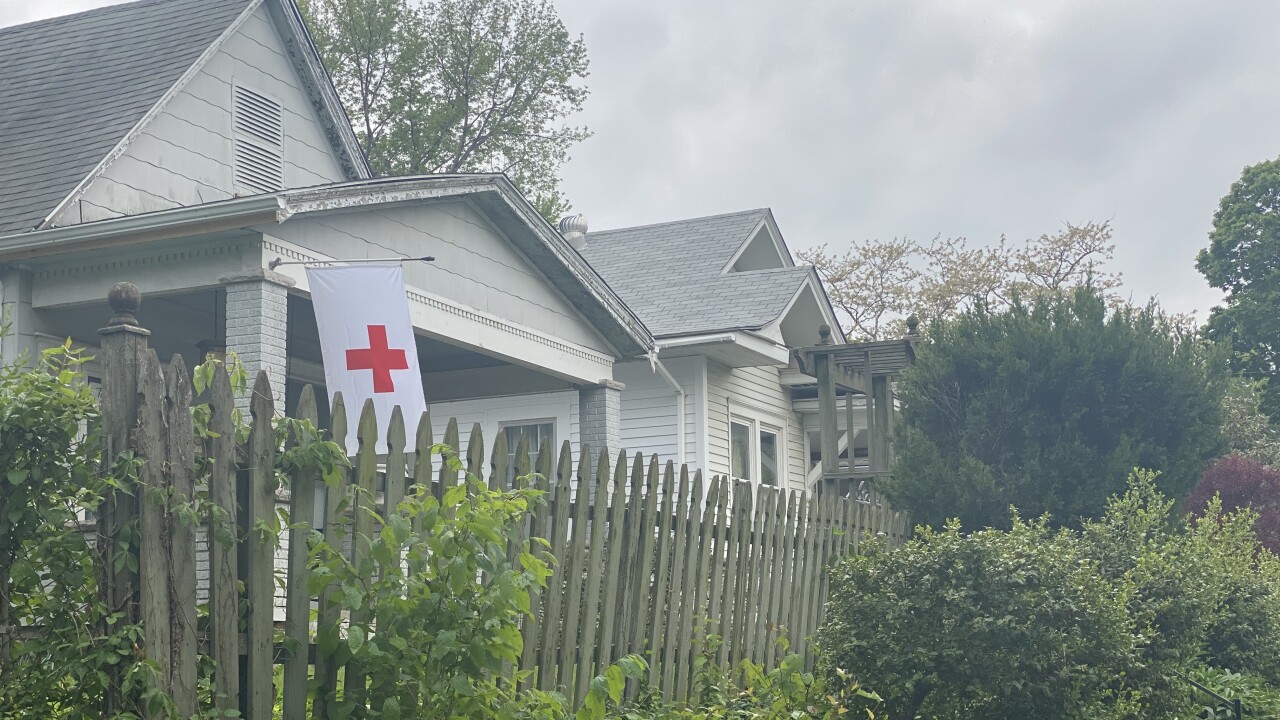 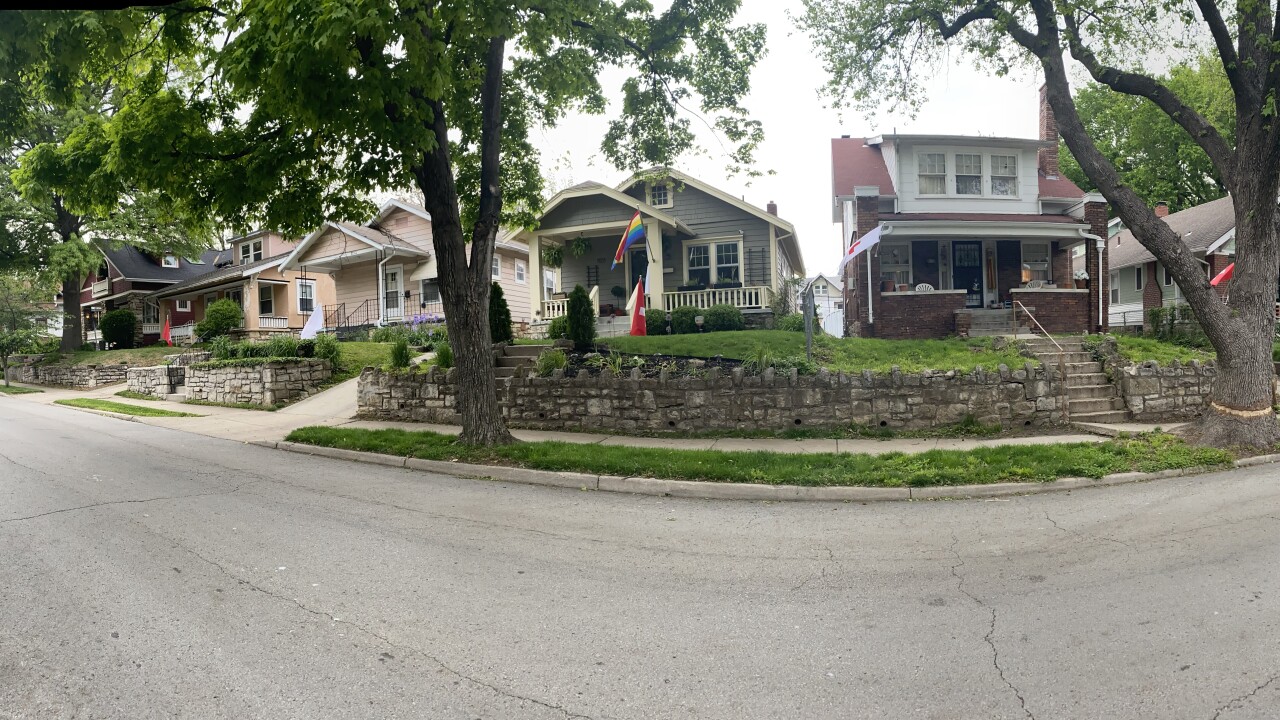 KANSAS CITY, Mo. — Dean Cox knows most of the people in his Kansas City neighborhood. He knows not only their names and what they do, but how their days are and if something seems wrong.

“We just look out for each other,” he said.

It’s a community-first mindset that has become even more apparent during the recent coronavirus pandemic, quite literally.

Every single home on his street has either a red or a white flag hanging up.

“How could you pass the opportunity up? People stop by all the time and ask us what it’s about, so it’s fun to tell them,” Jessica Burton, who lives across the street, said.

The idea came about when Cox and his neighbor, Matthew Bertalott, were discussing ways to show their support for health care workers. Their homes are located a couple streets away from the University of Kansas Hospital.

“He wanted to do red-and-white lights, and I thought that might just be a little much for people to drag out their Christmas lights,” Cox said.

Instead, Cox ordered 26 flags — 13 Red Cross flags and 13 Switzerland flags. The idea was to alternate the two flags at every home on the block.

Before Cox passed out the flags to his neighbors, his nephew was in a bad car accident. Eight days later, he died at the hospital.

“Watching the nurses and doctors work tirelessly, hours and hours on end, and not being able to visit him, we realized what it really meant,” he said.

People who have driven through the neighborhood have pulled over and asked what the flags represent.

Some, according to neighbors, said they even plan on buying flags for their street.

“It just speaks that we are willing to come together for something that’s really important as well as recognizing the doctors and nurses,” Cox said.
—