What's next for Satchel Paige's house and the Buck O'Neil Center? 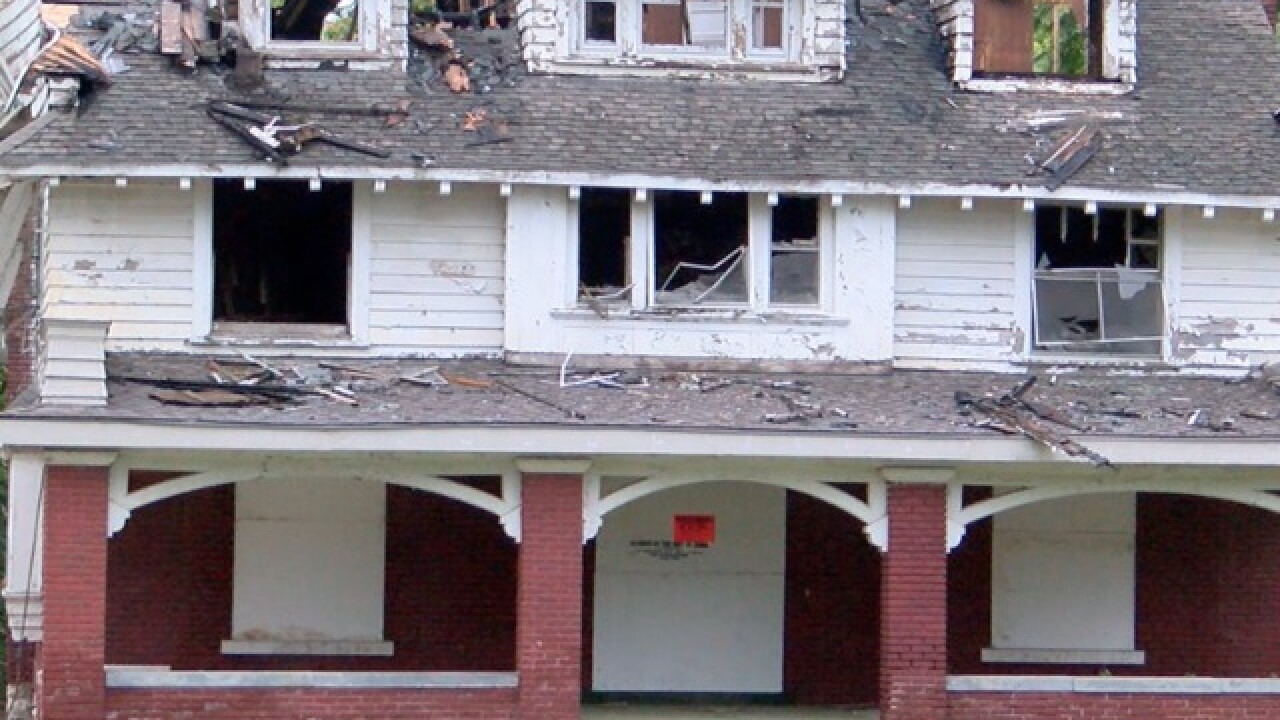 KANSAS CITY, Mo. — Buck O'Neil and Satchel Paige are two of the most famous names in Kansas City baseball. Earlier this summer, buildings associated with the legends were destroyed within weeks of each other.

It began on May 29 with a suspected arson at Satchel Paige's former house on 28th Street.

"It was really a beautiful home," Carter Ray Foster, who lives across the street, said.

Foster has lived there for 35 years and remembers the Paige family as "lively." It's a stark contrast from the way the abandoned house looks now, a charred shell of its former grandeur.

"I feel very bad every morning when I have to look across the street and see it," Foster said.

As we stood on his porch, we watched Paige's home literally fall apart. A large chunk of the frame came crashing down onto the driveway.

"That's the second time in two days," Thomas Cobb said from his porch next door.

Both Cobb and Foster are heartbroken by what the house has become.

"It's like his house is falling apart, and no one is doing anything about it yet," Cobb lamented.

Just a few weeks after Paige's house burned, vandals broke into the Buck O'Neil Education and Research Center at 18th and Paseo and cut a water pipe.

"We now have an estimate that it's going to be over half a million dollars," Negro Leagues Baseball Museum President Bob Kendrick said.

The center just underwent a $4 million renovation that was completed last year.

Right now it's unclear if insurance will cover the damage.

As news of the vandalism spread, Kendrick says generosity did as well. Within the first two weeks, they received $25,000 in donations. It reminded him of something Buck O'Neil used to say.

You can donate to the demolition and renovation efforts here.

The fix is unknown for Satchel Paige's house. Kendrick has been meeting with the Paige family and hopes ownership can be transferred to a consortium including the city, the NLBM and the family.

The house was supposed to be repaired or demolished by July 7, according to a city order we obtained through a Sunshine Act request.

"The city is trying to let the involved parties work through it because of the historical significance of the home," KCMO Neighborhoods and Housing Spokesman John Baccala explained.

Brian Cushon, the current owner, said "nothing has been set at this time."

Neighbors don't want to see the house go, but they're also worried about safety.

"They need to either go ahead and fix it up, or I hate to say it, but take it down. The way it is now is dangerous and doesn't look good for the neighborhood," Foster said.

While the house's fate remains in limbo, the city will put up fencing around the perimeter.