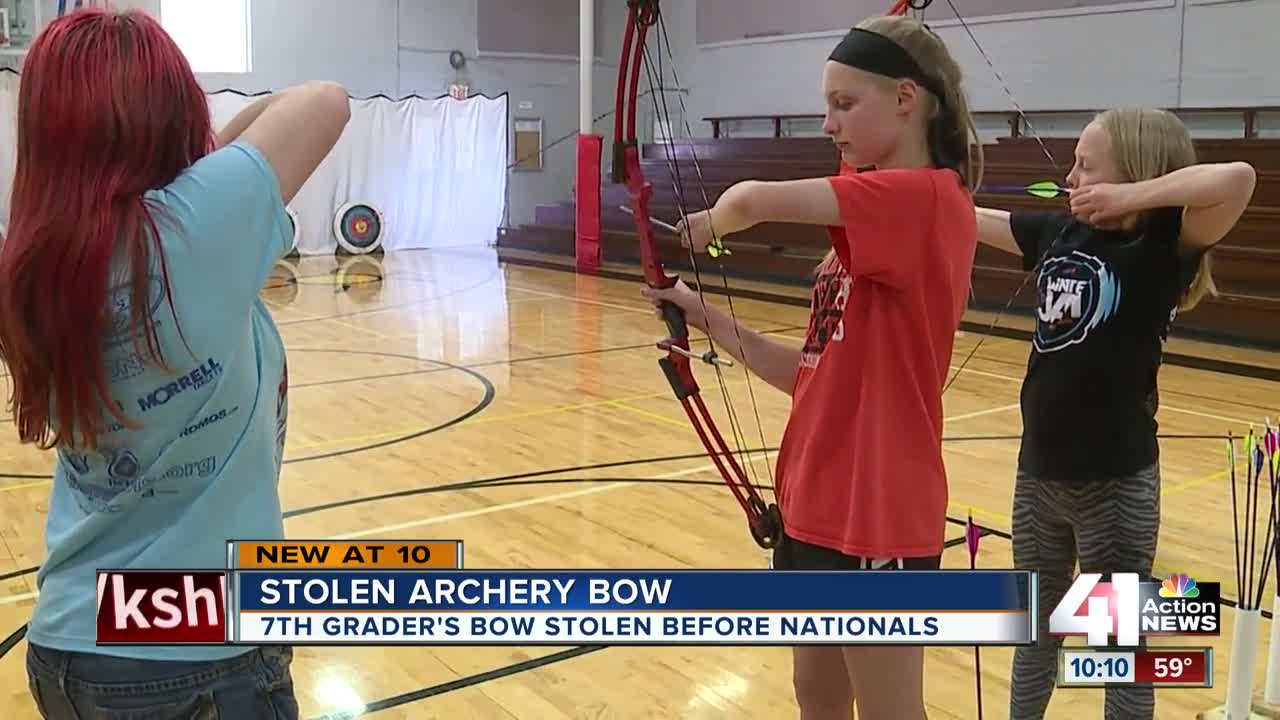 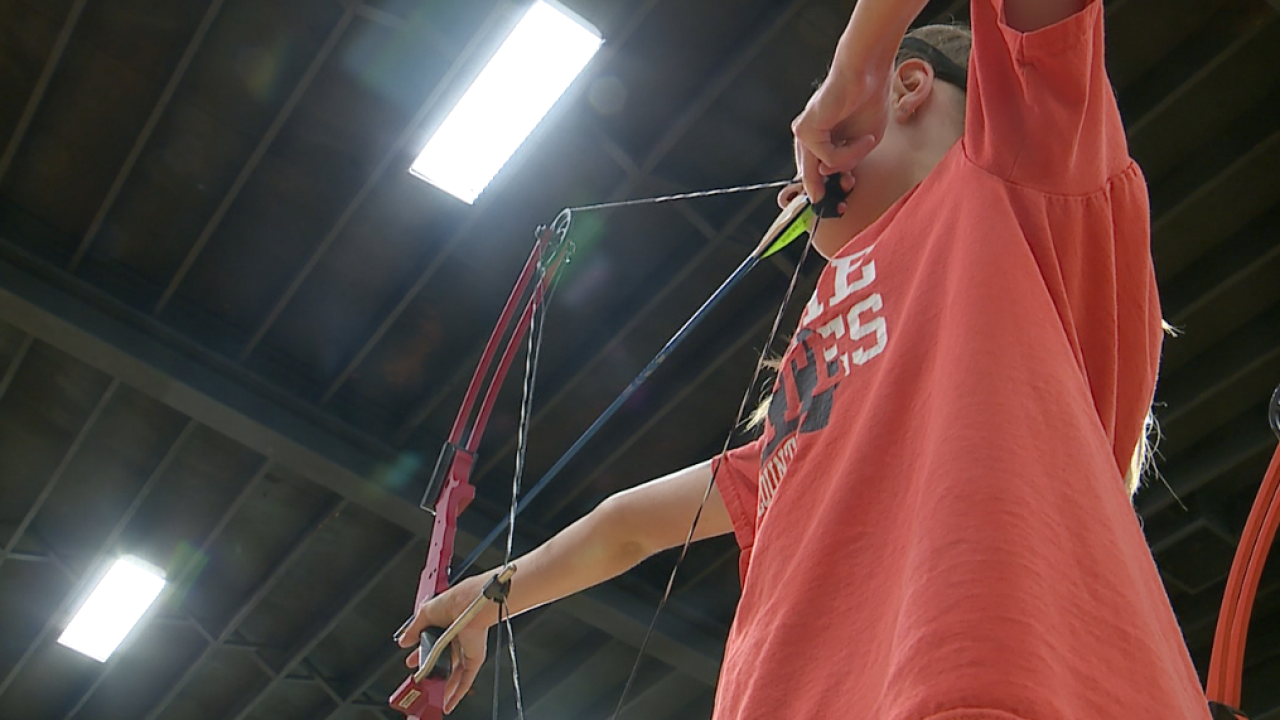 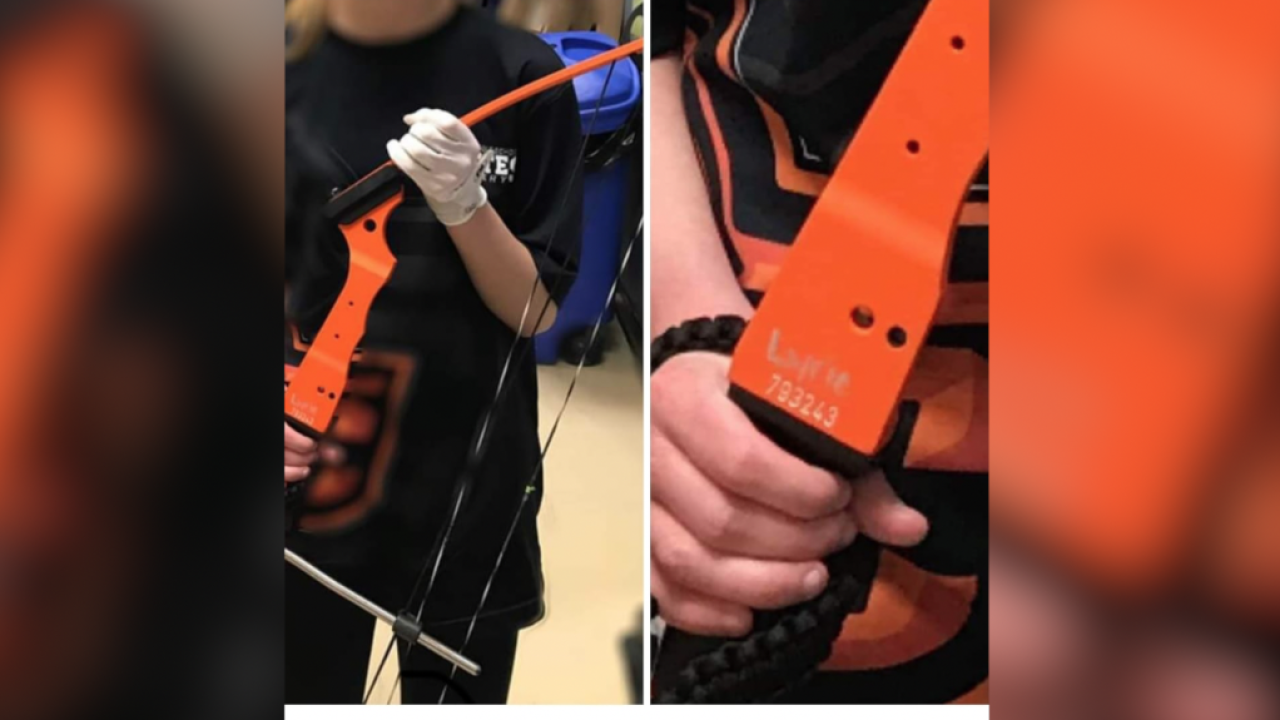 PLATTE CITY, Mo. — A group of Platte County students is headed to archery nationals in less than two weeks, but one teammate is going into the competition empty-handed.

That's because a thief broke into her family's car on Sunday near Park Hill High School, taking a vital piece of equipment.

"When we realized someone had been in our car, Lyric immediately worried about her archery bow and was the one to look in the back and discover that it was not in the car," Julie Dulin, Lyric's mother, said.

The seventh-grader received the bow nearly two years ago and has been practicing with it ever since.

"It's really sad because I have a lot of memories with my archery bow," Lyric said.

Now that it's missing, the 12-year-old will face more than just stiff competition at nationals. She'll have the added obstacle of adjusting to a new bow.

"It's just like a pair of shoes — you break them in," said Jessica Ratsch, Lyric's coach.

That takes time, which Lyric does not have. That's why she is so desperate to get the bow back. It doesn't hold much value to anyone else.

"It's a left-handed bow, so not useful for most people, and it's a student bow," Dulin said.

Lyric's name is on the bow, which also has a unique serial number that can be traced. The bow's case is marked with Platte County stickers.

The middle school student used a loaner for practice on Monday afternoon.

"Not anywhere near what I usually shoot," Lyric said of her performance.

Her coach hopes the bow will be returned.

"This is very important. This is the first year she's been able to go to nationals, so I'd like for her to be able to get her personal best," Ratsch said.

If you have any information about the bow, you can contact KCPD, the Platte County Sheriff's Office or 41 Action News at cat.reid@kshb.com.