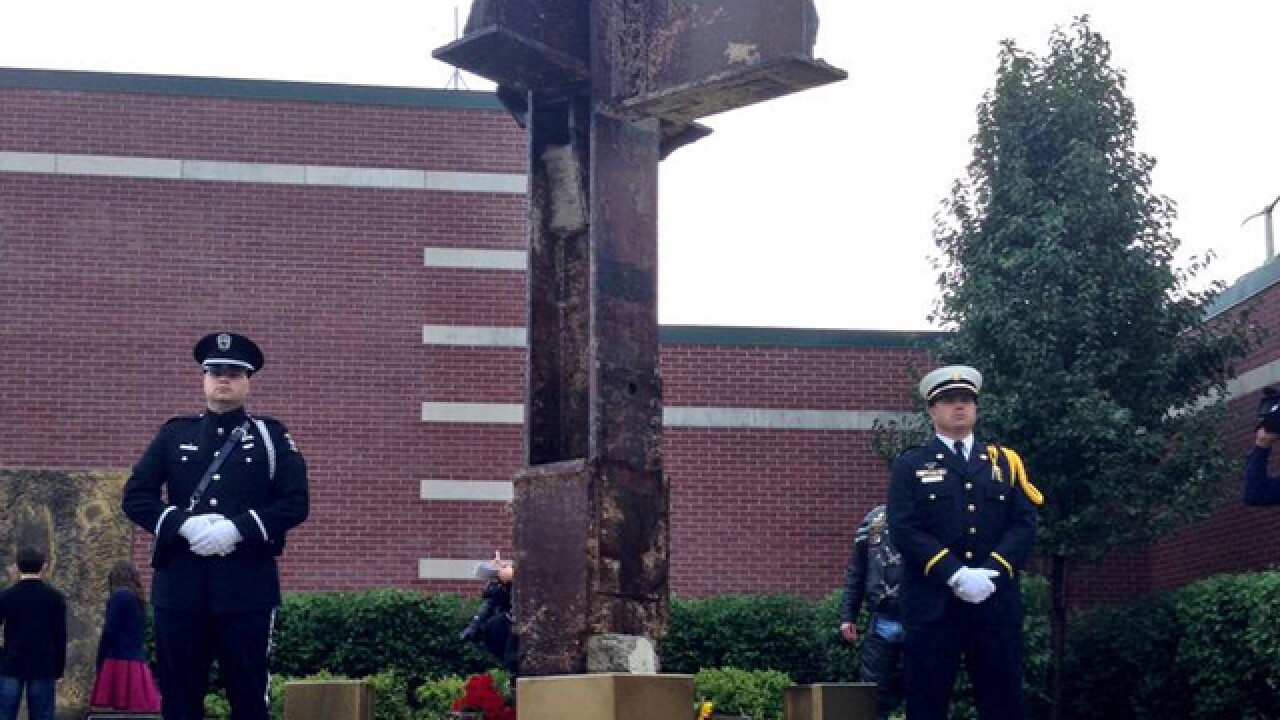 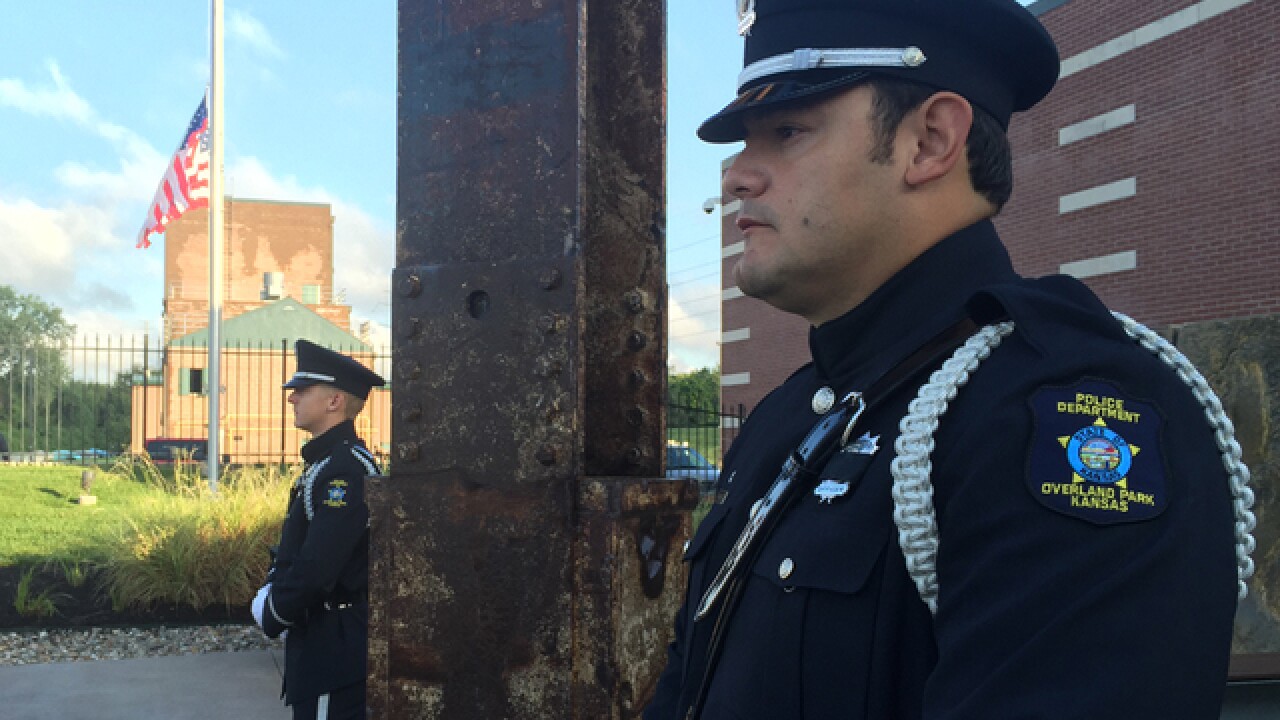 It all started with an application.

Trevor Miller of the Overland Park Fire Department learned of a process some years ago.

A group or municipality could receive a remnant from the World Trade Center to use as a 9/11 memorial.

Trevor said they were expecting something small.  Instead, the application so impressed those making the decision that they sent a 14-foot steel beam.

That is the centerpiece, surrounded by the names of the fallen, a weeping wall and education panels that use the sunrise on September 11 to tell the story of that horrible day.

You even step on granite from the World Trade Center floor to enter the site.

Jason Rhodes, of the Overland Park Fire Department, says the entire community has come together over the last few years with private donations of toil and dollars to make this location something extraordinary.

It is a place of reflection, but also education.

Family and friends of the fallen often pay their respects here throughout the year.

On Friday, a special remembrance took place with honor guards, moments of silence and playing of Taps.

The meaning of this place is eloquently expressed in the quote from Virgil, inscribed on the panel with the names of those who lost their lives: “No day shall erase you from the memory of time.”