How KCPD calls for service can impact your call for help 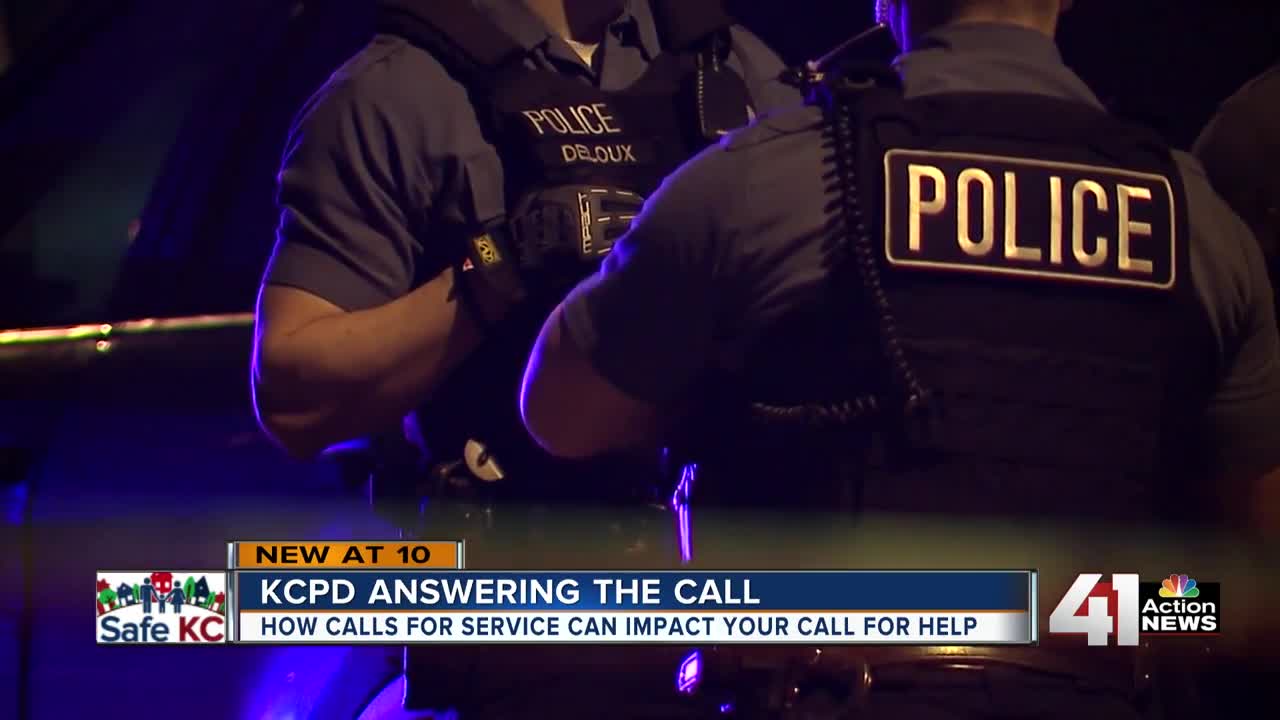 Deciding how to deploy hundreds of officers across the city is no easy task. For the Kansas City, Missouri Police Department, data is one important piece of the puzzle when it comes to staffing. 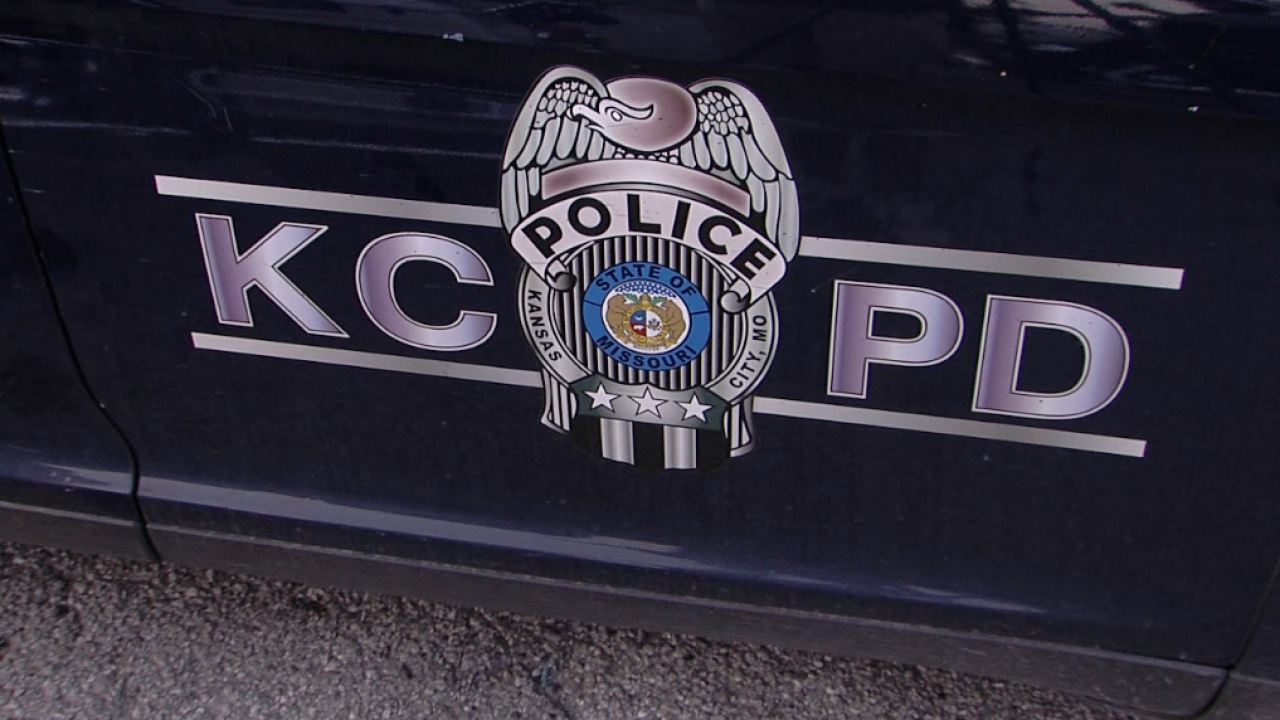 KANSAS CITY, Mo. — Deciding how to deploy hundreds of officers across the city is no easy task. For the Kansas City, Missouri Police Department, data is one important piece of the puzzle when it comes to staffing.

"We allocate our patrol personnel so that we can respond in a timely manner everywhere across the city," KCPD spokesman Sgt. Jake Becchina said.

To ensure that happens, KCPD division commanders look at calls for service, which show the number of times police responded to an address. Although calls for service can be crime-related, they also reflect traffic and health emergencies, as well as non-emergency situations.

"That is responses from police, so that's not necessarily someone picking up 911 for an emergency," Becchina said.

41 Action News requested the top 10 addresses for calls for service in 2018.

The top location, by far, is the Greyhound bus station located at 11th Street and Troost Avenue. KCPD responded to 841 calls at that location last year — a rate of more than two calls per day.

"Most of the calls to law enforcement involving this location are related to trespassing and loitering," said Crystal Booker, a communications specialist for Greyhound, in an email to 41 Action News. "Security officers communicate with the local police department to deter this type of activity as Greyhound terminals, like other businesses, are designed to serve customers only."

Executive Director Dan Doty attributes the call volume to mental health and substance abuse issues within the homeless population they serve. City Union Mission has its own security, but there are times staff have to call the police.

"These days you just don't know where people are, because sometimes it's drug-related and people are out of their minds, so it's not safe," Doty said.

The homeless shelter ReStart, which is nearby and also on the list, echoed those challenges.

Another trend in the data is the frequency with which Walmart appears. The company had three stores in the top 10 locations for service calls. A spokesman pointed to the sheer volume of customers the stores see on a daily basis, as well as the "wide and diverse audience" to which Walmart caters.

"No retailer's immune to this kind of problem," Senior Manager for National Media Relations Casey Staheli said. "But Walmart's certainly making the investments in people, programs and technology to deter crime and ensure our customers have a safe and enjoyable shopping experience."

Walmart also deploys a device in some parking lots called a "Lot Cop," which allows employees to interact with would-be offenders from afar.

"If there's an incident in the lot, we can actually remote out there and use our speakers, our state-of-the-art cameras and strobe lights. It's really more of a preventative measure," said Justin Haggins, a Walmart regional asset protection director.

In some cases, the list of calls for service simply reflects how many people travel through a location on a daily basis. For example, Union Station has 2 million visitors annually. The attraction, which ranked sixth on KCPD's list, has its own security and averaged less than one call per day.

"We hire off-duty policemen when we have to raise the numbers of the weekend, such as for Celebration at the Station and all of the activities we do here," Union Station President and CEO George Guastello said. "Safety and health and welfare is vitally important."

The Ward Parkway Shopping Center, No. 10 on the list, had a similar response, stressing safety and security of shoppers as a "paramount goal."

"While we do not have access to KCPD's records, Ward Parkway is a collection of 40 stores and restaurants, which could result in a higher number of calls for service compared to individual buildings," a spokesman wrote in an email to 41 Action News.

A business that sees considerably fewer customers ranked above both the mall and Union Station.

Cloverleaf Apartments, located on U.S. 71 Highway, had 351 calls for service last year, despite having just 200 units. The property manager said he would be happy to address the number but does not know where to start because it's difficult to pin down who exactly is calling and why. Those calls are not broken down by the unit number.

"If there's someplace that we are getting called a lot to, then we want to look at why that is," said Becchina, the KCPD spokesman. "Is there something we can do to get at the root cause of that?"

KCPD has specialized officers who can work with businesses on crime prevention through environmental design. Something as simple as adding more lighting, trimming back bushes or reconfiguring a parking lot can be an effective deterrent.

"They're trained in crime reduction strategies to try to help prevent things that draw our services before they happen," Becchina said.

Regardless of where locations rank on the list, the people at those locations were thankful KCPD uses the data to keep everyone safe.

"Utilizing that data to put more resources where the calls are and keep those call times down is really important to the safety of our entire community," Stephanie Boyer of ReStart said.

Here are the top 10 locations where KCPD responded to calls for service in 2018: