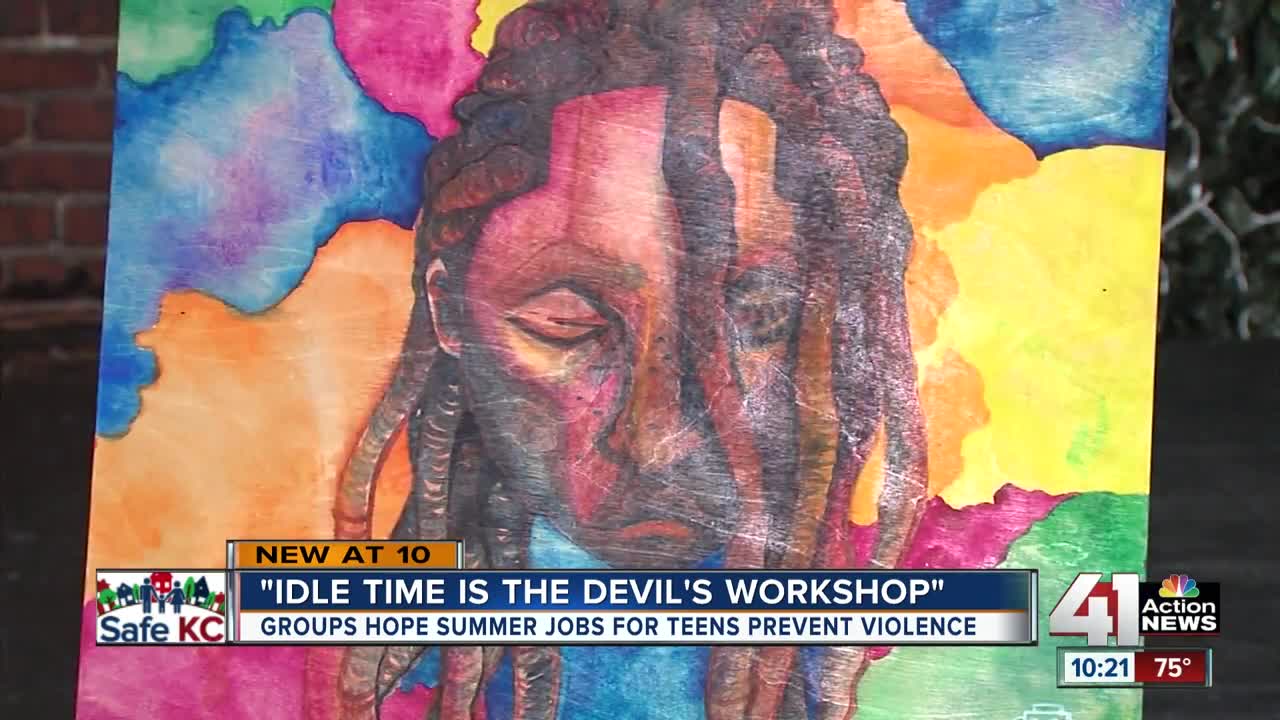 It’s often said, the best way to stop a bullet is with a job. That’s part of the reason leaders in Kansas City are providing as many as they can for young people. KANSAS CITY, Mo. — Twenty-three-year-old Xavier Gayden puts so much energy into his art.

“The reason I do that is because I know what’s out there. A couple of blocks behind me, there’s shootings almost every weekend during the summer. People would be robbed every night. Shootings every night. And it doesn’t sound like it, but it really is that bad,” he said.

It’s especially bad if you’re Gayden’s age. So far this year, roughly one-third of all homicide victims in KCMO are between the age of 17 and 24. Another 6 percent are under the age of 16.

That’s why several organizations, including the AdHoc Group Against Crime, hope to promote summer jobs for young people.

Damon Daniel works with AdHoc. Every morning he updates the organization’s chalk board that tracks homicides.

"It’s definitely disheartening, because it’s not a number. These are people that we’ve lost in our city,” Daniel said.

Kamisha Stanton, Kansas City, Missouri’s violent crimes coordinator, and the employees at Arts Tech realized there isn’t one broad-stroke approach to keeping kids safe over the summer, but the many job fairs they host certainly help.

“Before I started doing this program, I did hang around unsavory people, but it’s because that’s all I was around,” Gayden said. “You have a job, you have something to do on a constant basis that you have to keep going, so it just keeps them out of that bubble, almost how art keeps me out of the bubble.”

If you know of a young person still in need of summer employment, here are a few opportunities: