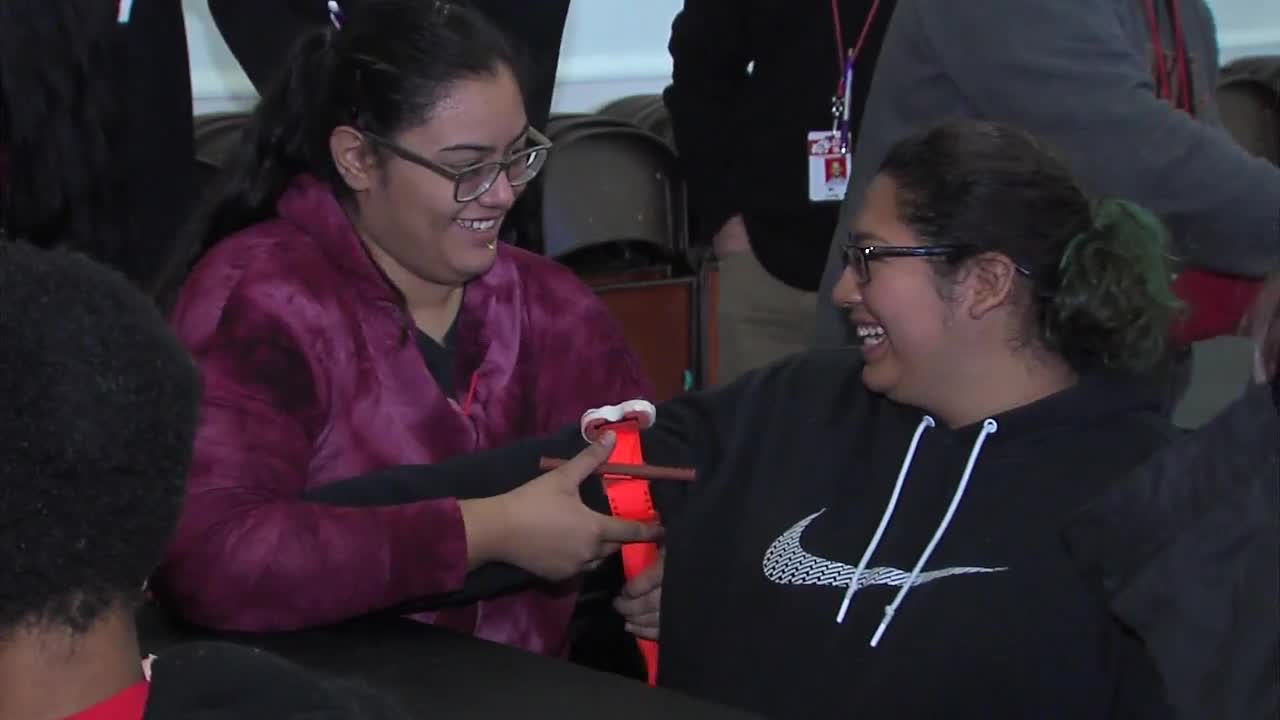 Wyandotte High School students participated in Stop the Bleed training, which shows them how to use a tourniquet or pack a wound to help keep their communities safe. 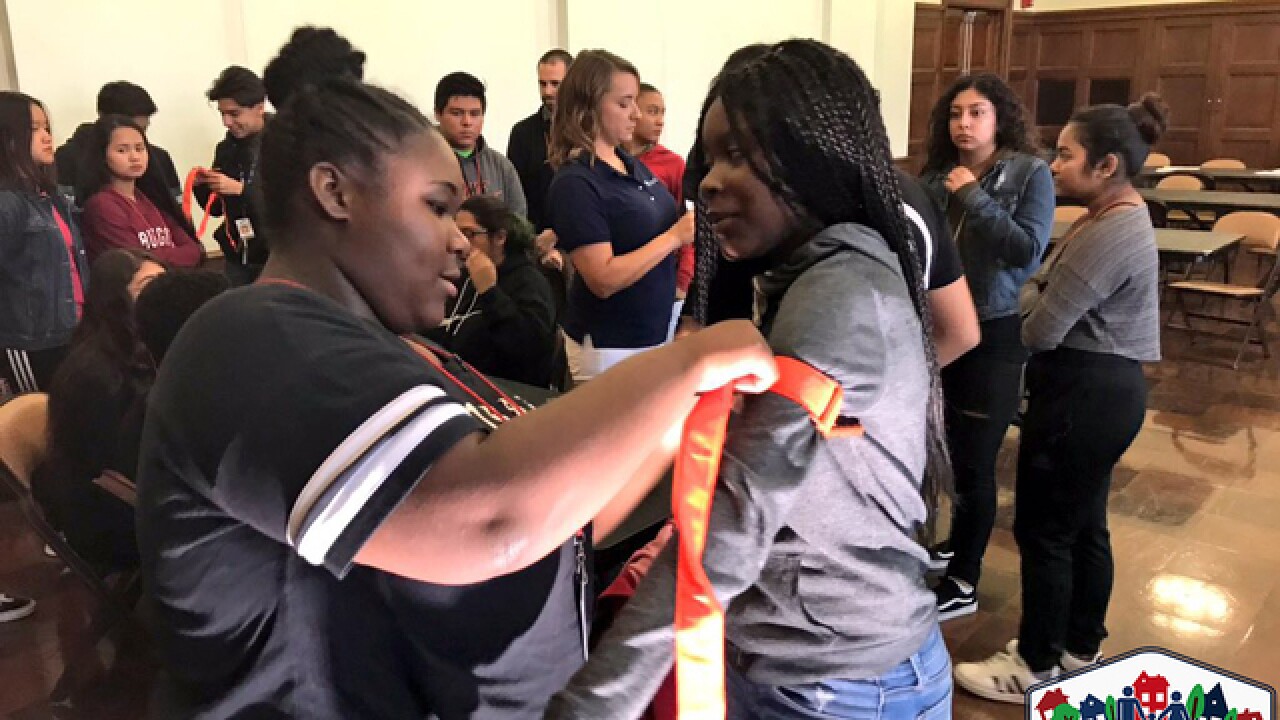 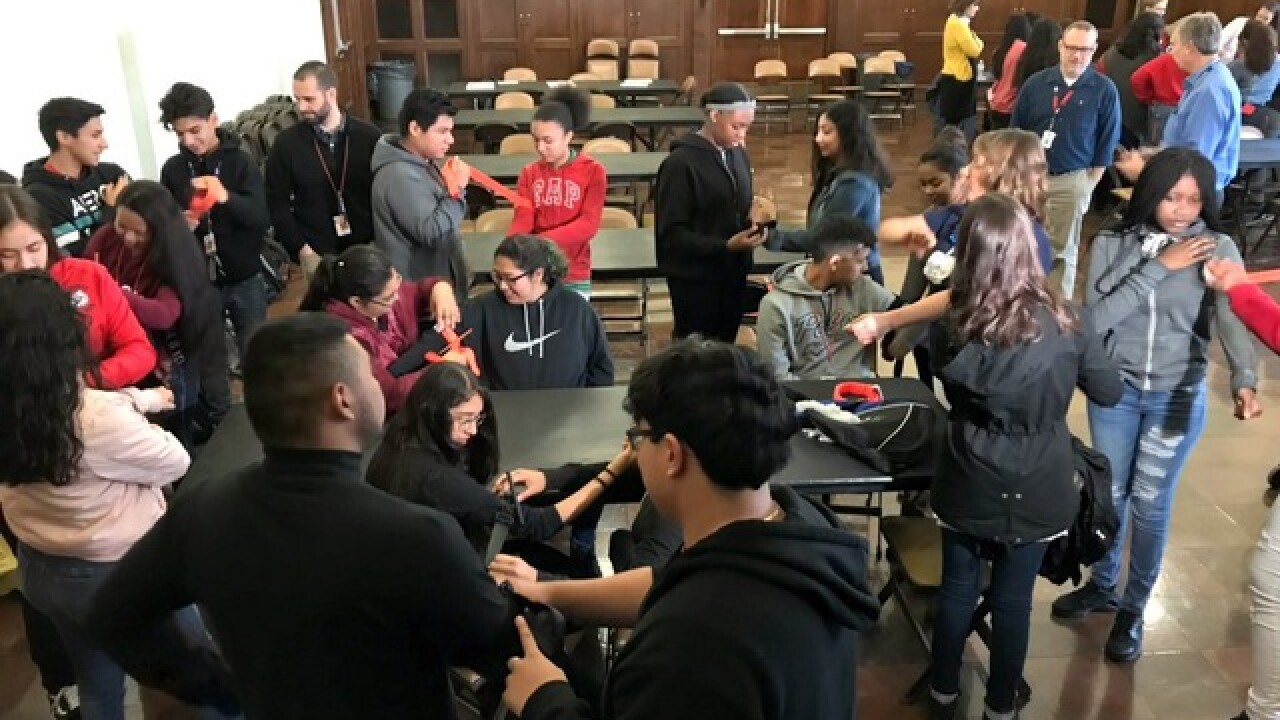 B) Finding where someone is bleeding

They're the ABCs of what to do when someone gets in a wreck, is shot or stabbed.

"Has anybody been hurt? Yeah? Hands?" said the Brooke Haller, a nurse from the University of Kansas Health System.

More than a few students know about that stuff, but many don't know what they can do about it.

Students learned where and how to apply a tourniquet by practicing on each other, and how to pack a wound.

"Helping people, in general, is something I've always wanted to do because of how much stuff happens around here," sophomore Lenny Salazar said.

Real life for these students is hearing gunshots every night, Salazar said or witnessing someone bleeding in the street.

"It's a lot of violence and you can be that helping hand if you're right there," said sophomore Keshon Henderson.

The training is a start at impacting the bigger picture said the school's college and career academy facilitator Robert Hofmann.

The goal is to get more funding so that every student at Wyandotte High can take home a tourniquet kit and equip each classroom should the worst happen.

"Probably my eighth-grade year, we were coming home from school, car pulls up and starts shooting. Some of my friends got shot," said Salazar.

He went through it when he was just 14 years old.

"We've all seen a movie somewhere where you got to put pressure on it, so that's basically what we did," Salazar said. "We just kind of took off our shirts, wrapped it and tried to apply pressure until the ambulance came."

Now Salazar aspires to be a paramedic.

Henderson is trying to decide between a pediatric nurse and a traveling physical therapist.

She says there was a shooting recently at a party, and no one stopped to help the kids who got shot.

"I like to think of it as, how would a parent feel if their child could have been helped but wasn't helped?" Henderson said.

The nurses said they were surprised that no other high schools were interested in participating in Stop the Bleed.

"High school students make the difference. They are very creative, they are very thought-provoking, we just have to get them that chance," said Hoffman.

To sign your school up for Stop the Bleed training, email Brooke Haller at bhaller@kumc.edu.

Editor's note: A previous version of this story said Wyandotte County High School was the first in the metro to receive this training. Fort Osage High School in Independence had actually participated prior to Wyandotte County. The story has been updated.