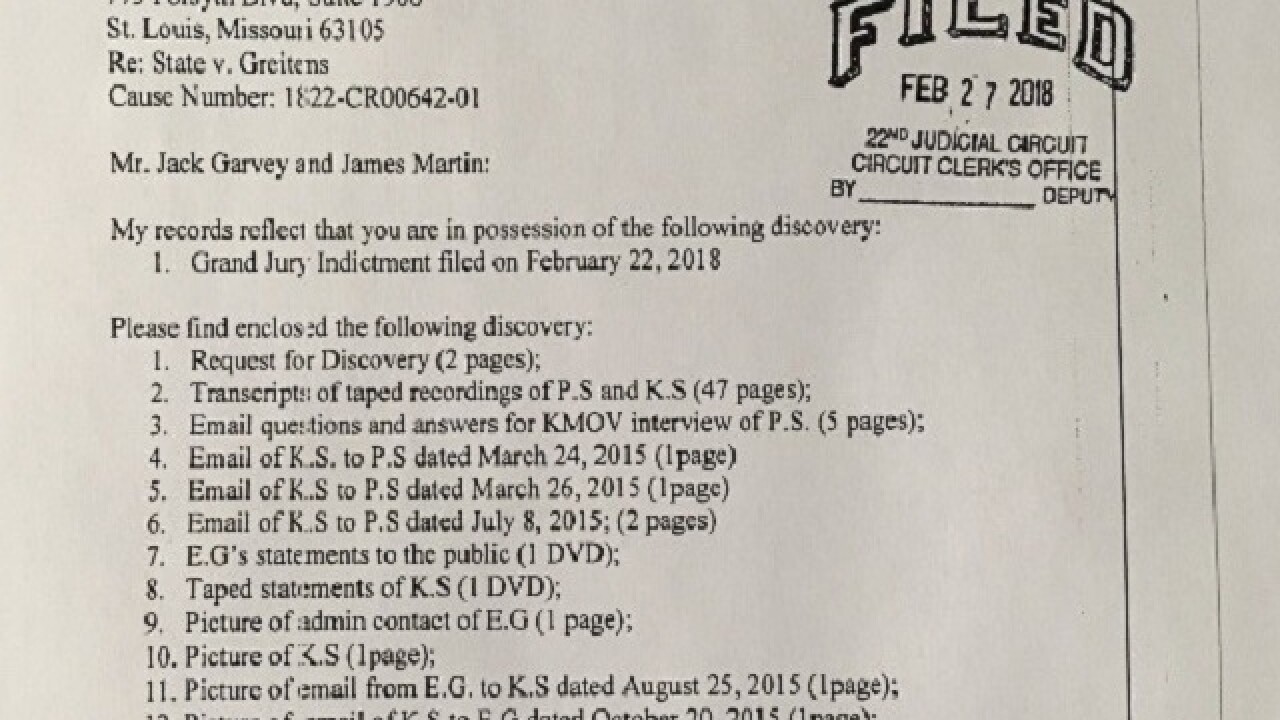 The move comes after a St. Louis Grand Jury indicted the governor on felony invasion of privacy charges last week.

Among the items prosecutors sent to the defense team Tuesday included 47 pages of taped recordings of two people identified as P.S. and K.S.

After receiving the information, Greitens attorney Edward L. Dowd Jr. released a statement saying that the photo referenced in the discovery turned over on Tuesday was a publicly-posted professional headshot.

However, it’s not clear if the photo included in Tuesday’s document turnover was a nude photo of the woman Greitens is accused of having had an affair with in 2015.

Greitens has admitted to the affair but has denied any criminal activity.