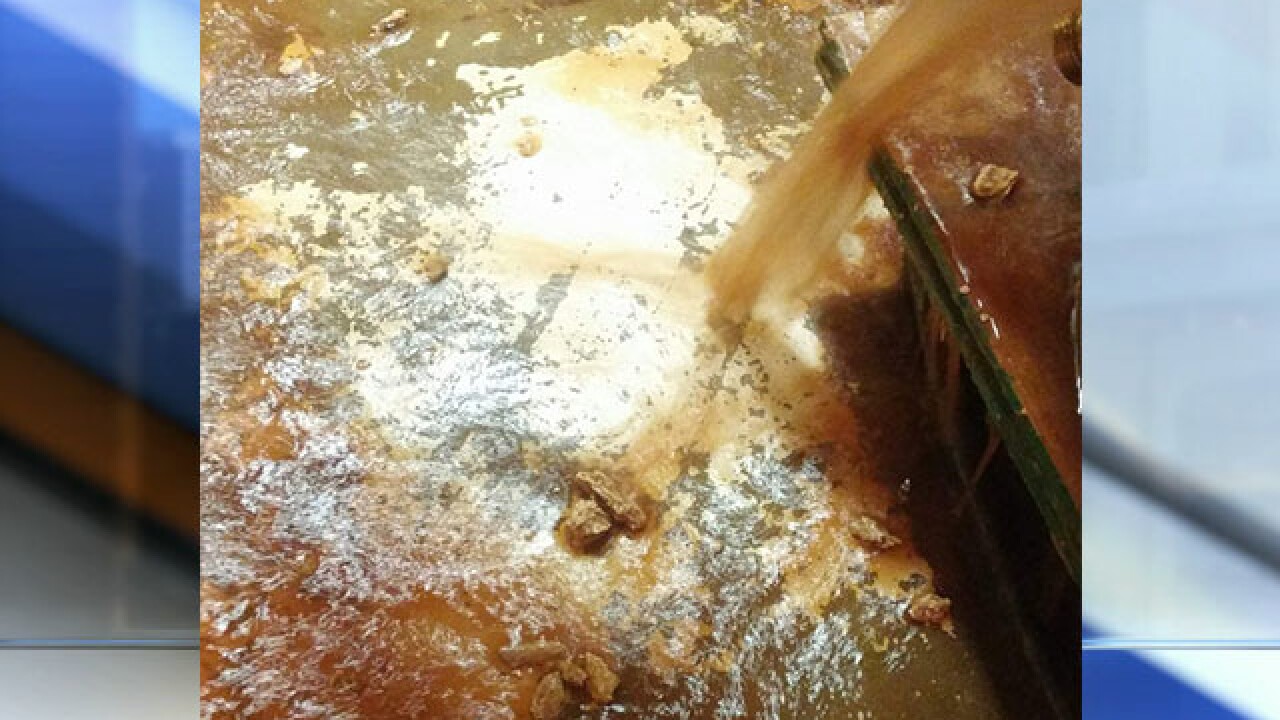 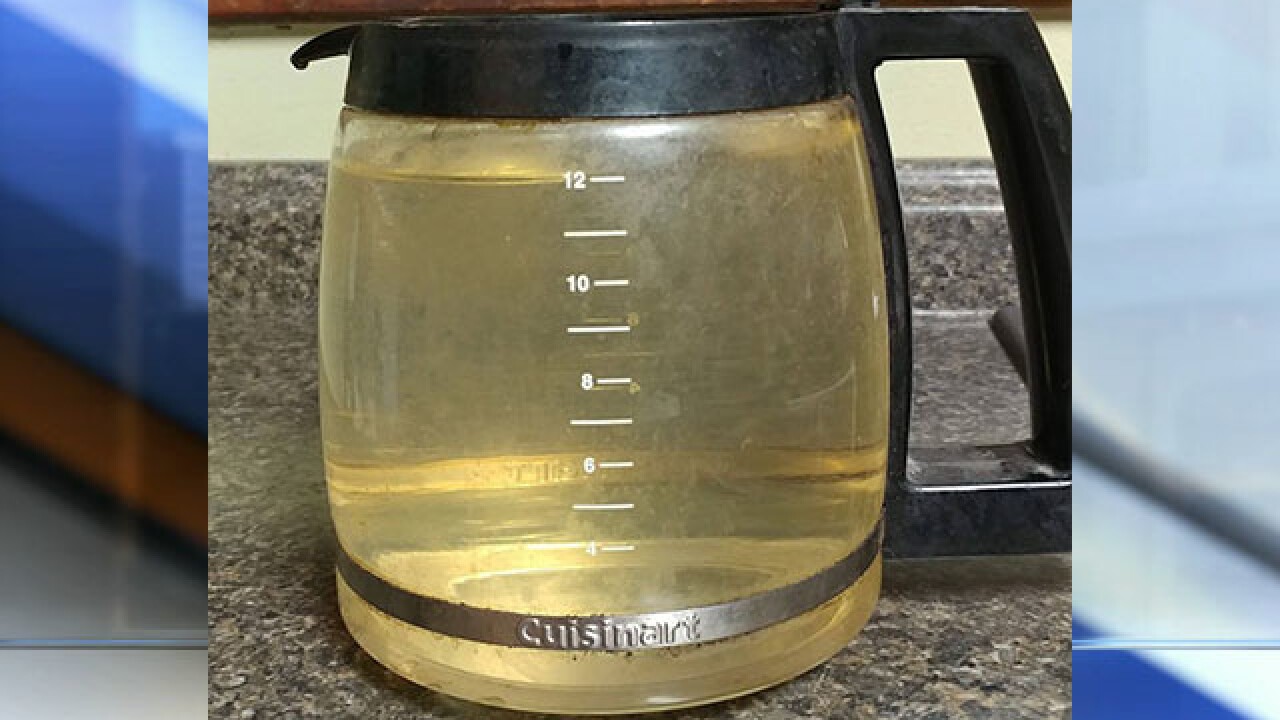 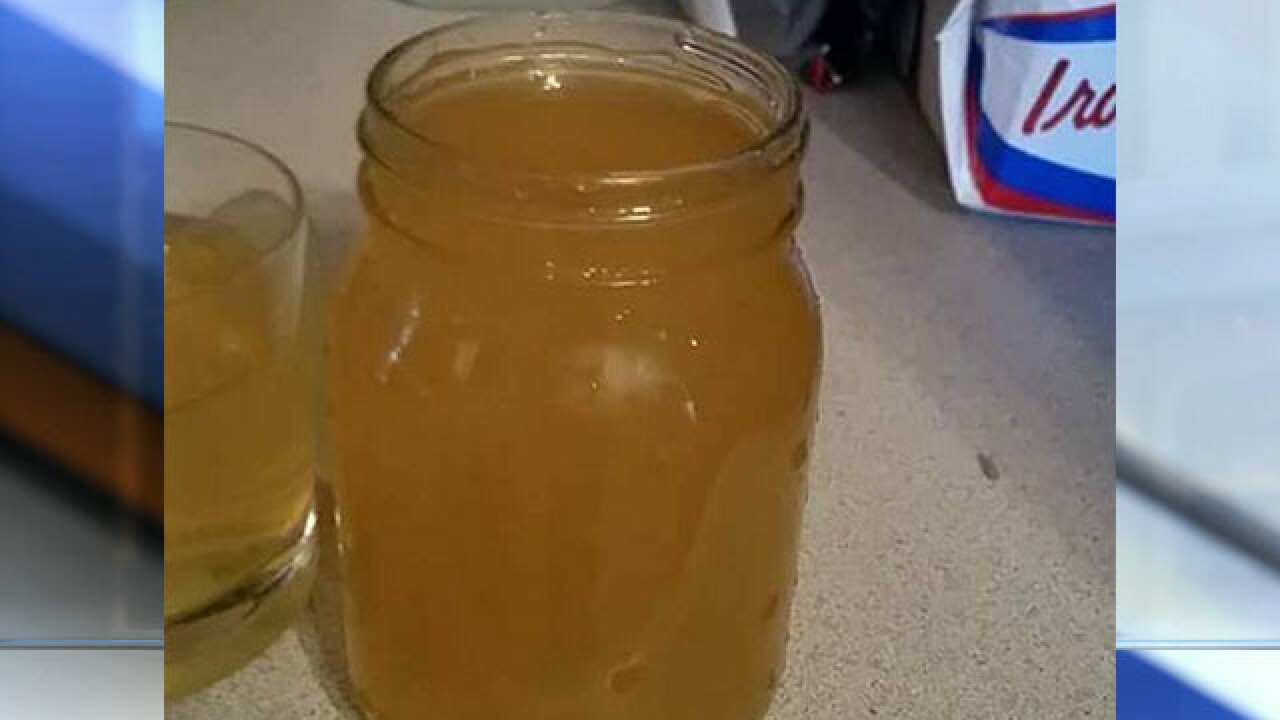 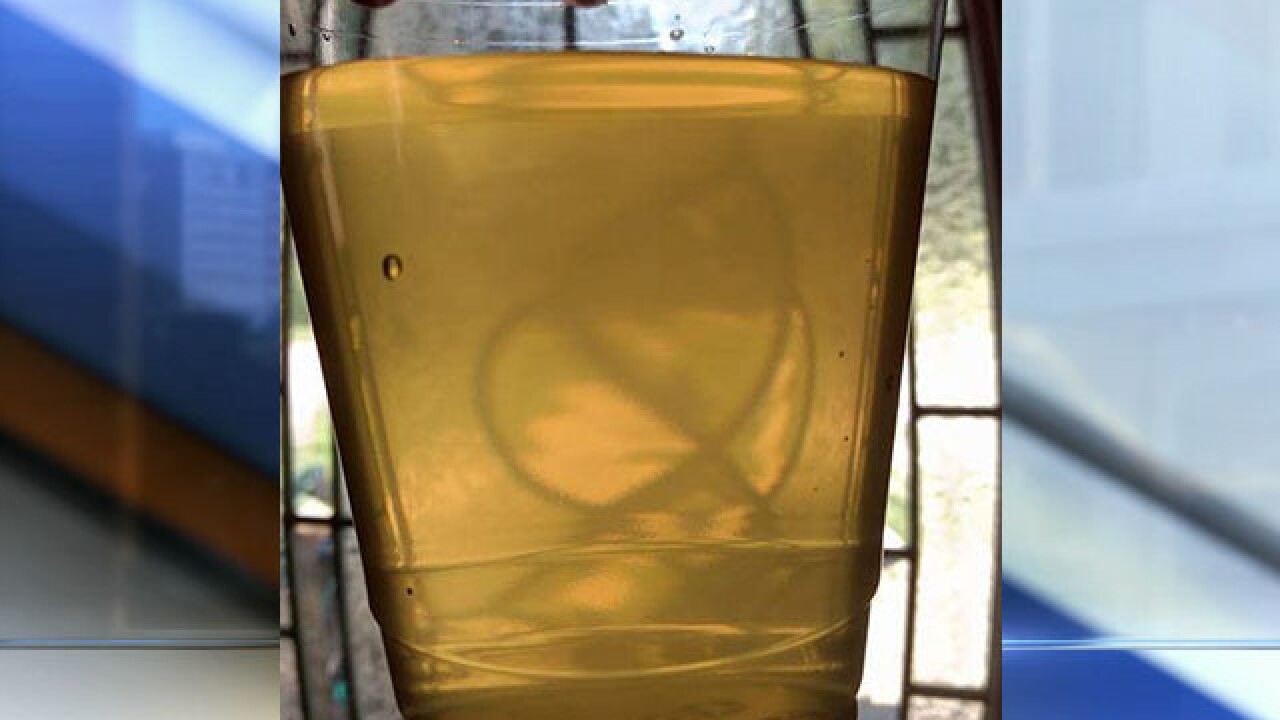 COWGILL, Mo. — When it comes to the tap water in her town, Stephanie Culter chooses to use bottled water whenever she can.

So does Tarna Rold and Alexis Bird.

“I use it to bathe and flush my toilet. That’s it,” Bird told 41 Action News.

All three women live in Cowgill, Missouri. It’s a small town of less than 200 people about 50 miles Northeast of Kansas City. And the water they say is “scary.”

This is what residents in #Cowgill , Missouri say their water looks like. They tell me it’s been a problem for MONTHS! @41actionnews pic.twitter.com/gnnxQ55aTk

For months, these residents have complained to the water district, PWSD #1 of Caldwell County. They say the water out of their sinks, their showers, and their brand new water heaters is yellow, orange and sometimes brown. They also complain of sediment and mud in the water.

“It’s very frustrating. I’ve been to the water department meetings, trying to get answers. I’ve called in, I’ve sent them pictures and we get the same response every time,” said Culter, who has lived in Cowgill for 37 years.

41 Action News reached out to both the water district and the Missouri Department of Natural Resources.

According to the DNR, cloudy or discolored water is “not uncommon” and could be the result of a build-up of sediment in the pipes, a water line break, change in water pressure or water quality.

The DNR first visited the town on August 16th and then on September 21st to talk about flushing and other avenues the water district could pursue.

According to the DNR, the district is currently undergoing a pilot study to change how they treat the water. The department also said the water district is in the process of requesting an additional pilot study to run chemicals through distribution line to clean out system.

Pilot studies must be submitted to the DNR and approved by the department. They can range from 60 days to six months and additional testing, monitoring and reporting.

“I’m done waiting, it’s been a year,” said Cutler. “I’m tired of spending $60 a month on water, most of the time, we are actually not using.”