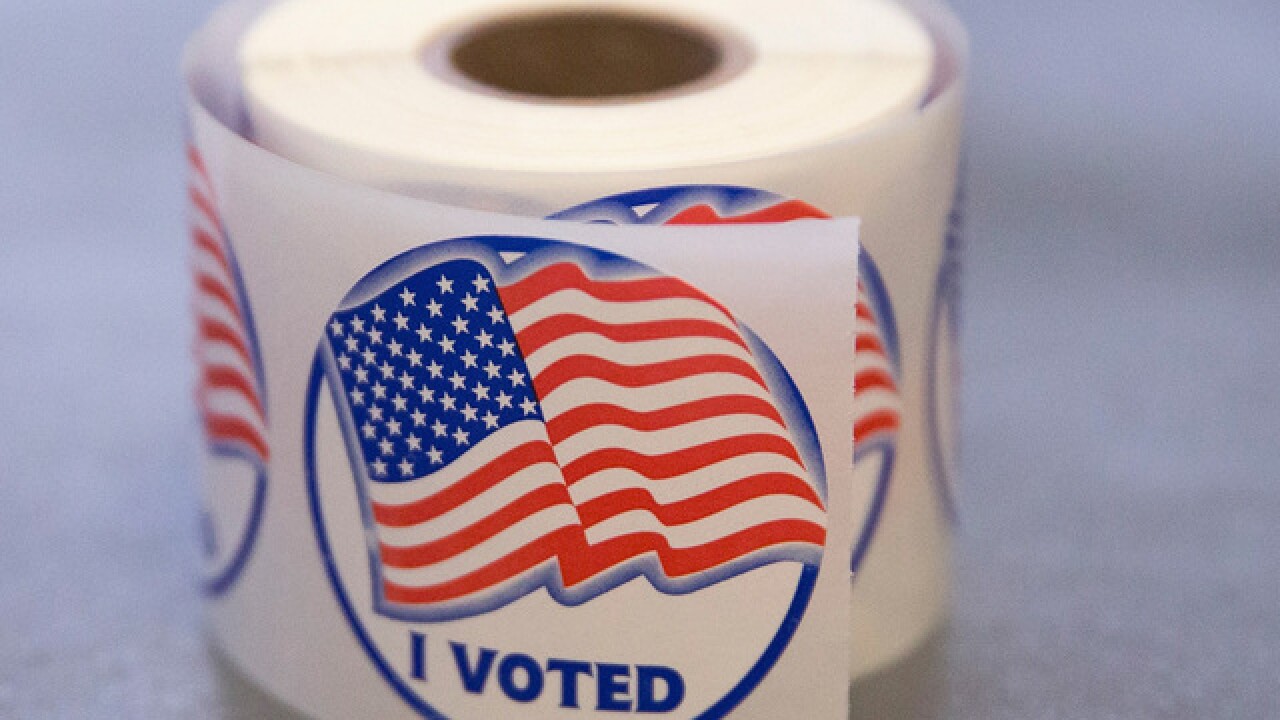 Copyright Getty Images
Scott Olson
<p>FERGUSON, MO: A roll of I Voted stickers, which are handed out to residents after they vote, sit on an election officials table at a polling place on November 4, 2014 in Ferguson, Missouri. In last Aprils election only 1,484 of Ferguson's 12,096 registered voters cast ballots. Community leaders are hoping for a much higher turnout for this election. (Photo by Scott Olson/Getty Images)</p>

JEFFERSON CITY, Mo. (AP) — Missouri voters will likely get a chance to weigh in on proposals to change state redistricting, increase the state's minimum wage and legalize medical marijuana when they head to the polls in November.

Secretary of State Jay Ashcroft on Thursday approved the initiatives for the Nov. 6 ballot, though they could still face court challenges from opponents hoping to block the measures from going to voters.

The issues approved Thursday could draw more liberal-leaning crowds to the polls, possibly giving Democratic U.S. Sen. Claire McCaskill a boost in her bid for a third term in office. She'll likely face off in November against Republican front-runner Josh Hawley, the state's attorney general, whose primary election is next week.

Issues now slated for the November ballot include Amendment 1, the plan to change how the state redraws its state electoral districts every 10 years. The new model is designed to have the number of seats won by each party in the state House and Senate more closely reflect the statewide vote. The next redistricting begins after the 2020 census.

The effort is financially backed in part by the lobbying arm of billionaire George Soros' philanthropic network. It's also supported by groups representing labor, teachers, abortion-rights and other left-leaning causes, but it also has support from Republicans.

"Amendment 1 will ensure fair and competitive elections so elected officials cannot take their voters for granted and must earn their support," Republican former U.S. Senator John Danforth said in a statement.

Still, the proposals' support from left-leaning groups has led some Republicans to cast it as a partisan effort to help Democrats gain ground in a state where Republicans currently dominate in the House and Senate. Prominent Missouri Republicans, including former U.S. Sen. Jim Talent, banded together last week to campaign against the initiative.

A request for comment from the group, called Missourians First, was not immediately returned Thursday.

Three initiatives on medical marijuana also collected enough signatures to make it on the ballot. Each would allow patients with cancer, HIV, epilepsy and a variety of other conditions access to medical marijuana. The differences among the proposals largely stem from how marijuana would be regulated and taxed, and where those new tax dollars would go.

According to the Secretary of State's Office, if all three measures made it to the ballot and were approved by voters, the differences between them would be resolved by the following formula: Constitutional amendments would trump state law, and whichever amendment received the most votes would overrule the other.