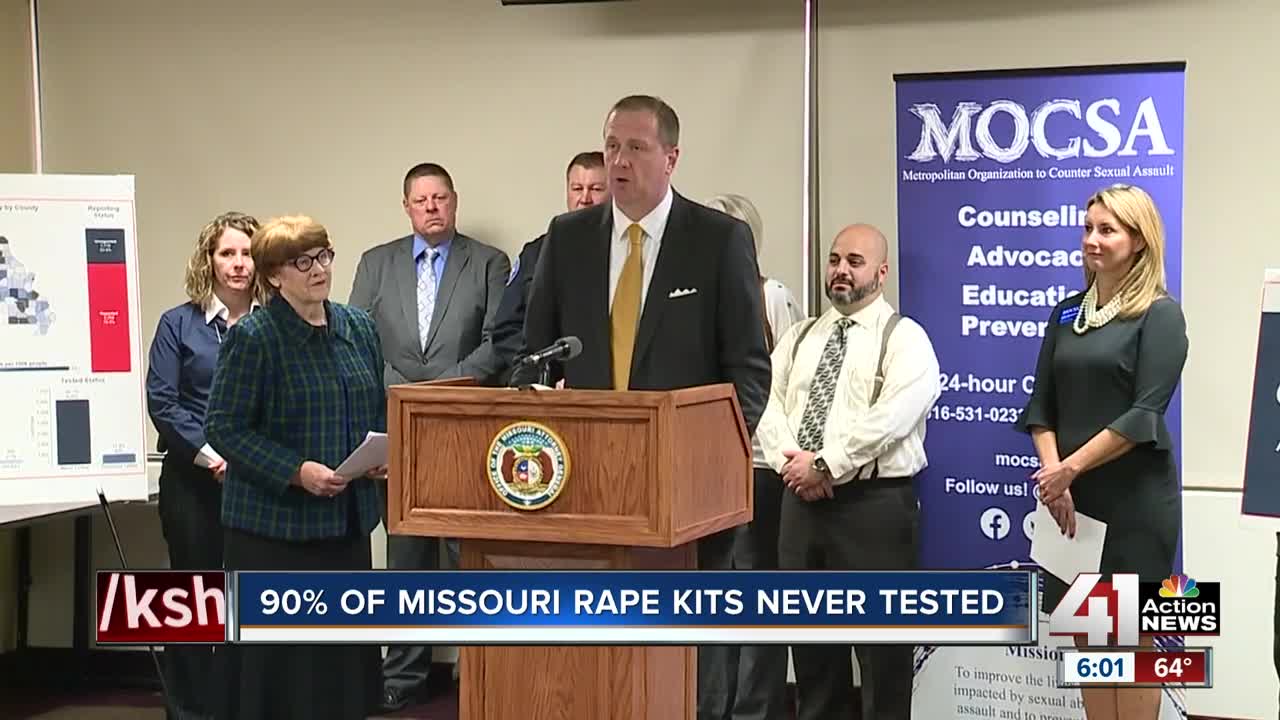 A sweeping review has found that close to 90% of Missouri rape kits have never been tested. Attorney General Eric Schmitt announced Wednesday that only 830 of about 7,000 total kits were previously tested. 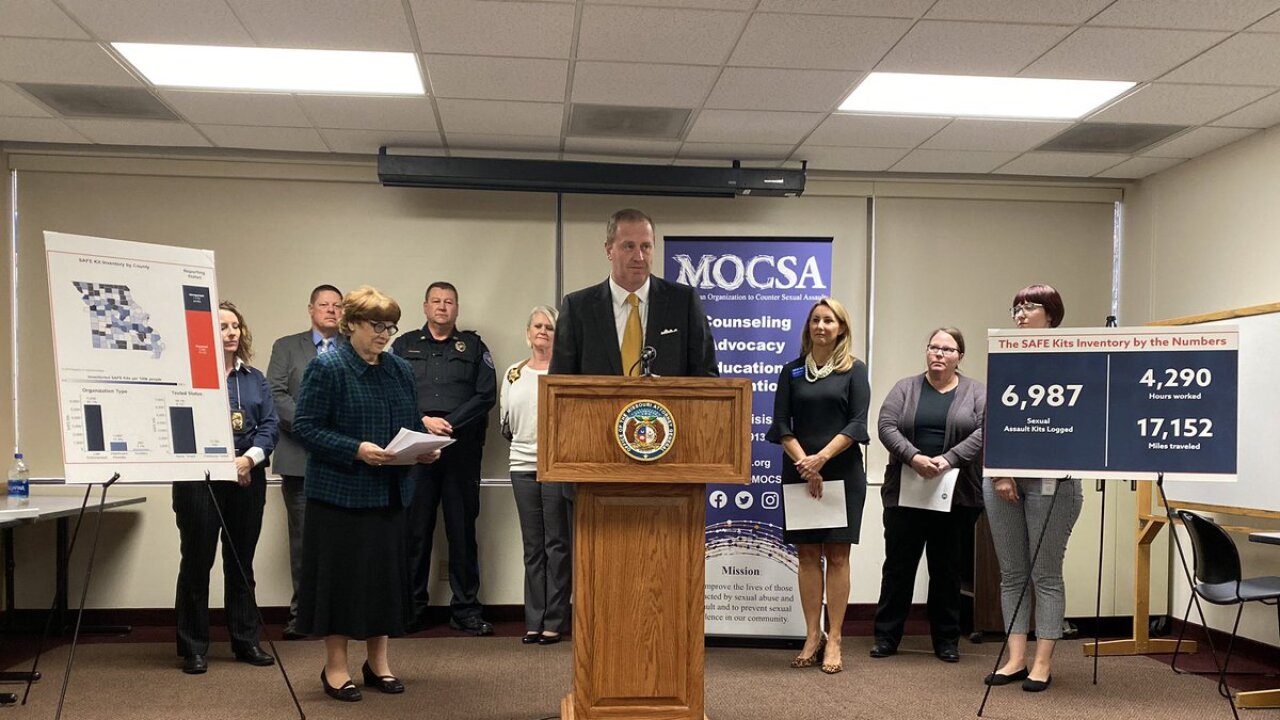 COLUMBIA, Mo. — A sweeping review has found that close to 90% of Missouri rape kits have never been tested.

Attorney General Eric Schmitt announced Wednesday that only 830 of about 7,000 total kits were previously tested.

“The most important aspect of my job is to ensure that every citizen of the state of Missouri receives the full protection afforded to us by the laws of our state and our country against crimes of abuse, violence and fraud, and I take that responsibility very seriously," Schmitt said at a news conference in Kansas City, Missouri, on Wednesday.

Rape kits are DNA samplings and other evidence secured via medical procedures conducted immediately after an attack. They can be used by law enforcement and prosecutors to catch and convict rapists.

The Missouri Attorney General's Office began to track the number of untested rape kits in 2017. The agency completed a detailed inventory of kits after receiving help from a federal grant.

“A team spent nearly 4,300 hours, traveling nearly 18,000 miles on Missouri's roads and highways to make sure we had a complete picture of all the untested kits and that all kits were logged through a barcode system,” Schmitt said.

Advocates for survivors of sexual assault told 41 Action News that having to wait for justice is unacceptable.

"The fact that we have almost 7,000 kits that are untested right now illustrates that we couldn't say with certainty before this initiative started every kit was being tested ," said Julie Donelon, CEO of Metropolitan Organization to Counter Sexual Assault. "Now, being able to provide that information to survivors to let them know that if they choose to go through that exam and they want that kit tested, that it will indeed be tested."

The agency estimates it has enough grant money to test at least 1,250 kits. A former judge leading the effort says the office will ask for more money as needed to test every kit.