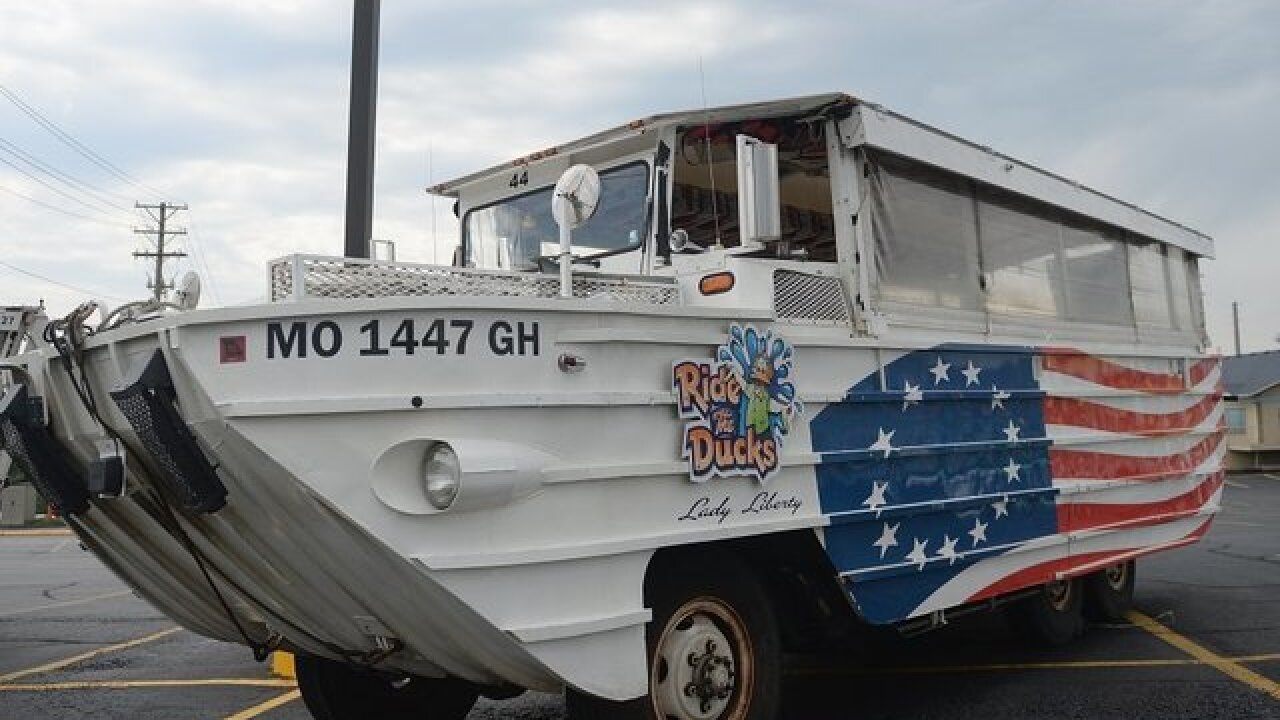 KANSAS CITY, Mo. — Ride the Ducks Branson said it will pay for the funerals and medical bills of the victims of a duck boat incident in which 17 people died.

One of the company’s duck boats capsized and sank amid strong winds from a storm system that blew over Stone County around 7:00 p.m. Thursday. Fourteen people survived, seven of whom were injured.

In a Facebook post, the company said it continues to be “deeply saddened by the tragic accident,” and said it wanted to focus on helping the riders, families and employees who were affected by the incident.

It plans to do so by covering the cost of all related medical bills and funeral expenses, as well as returning personal items from the rescue scene and assisting with travel accommodations.

Ride the Ducks Branson said it will also provide grief counseling to employees.

The company said in the same statement it is cooperating with the National Transportation Safety Board, the Missouri State Highway Patrol and federal and state authorities investigating the incident.

The company said it cannot comment on the investigation.