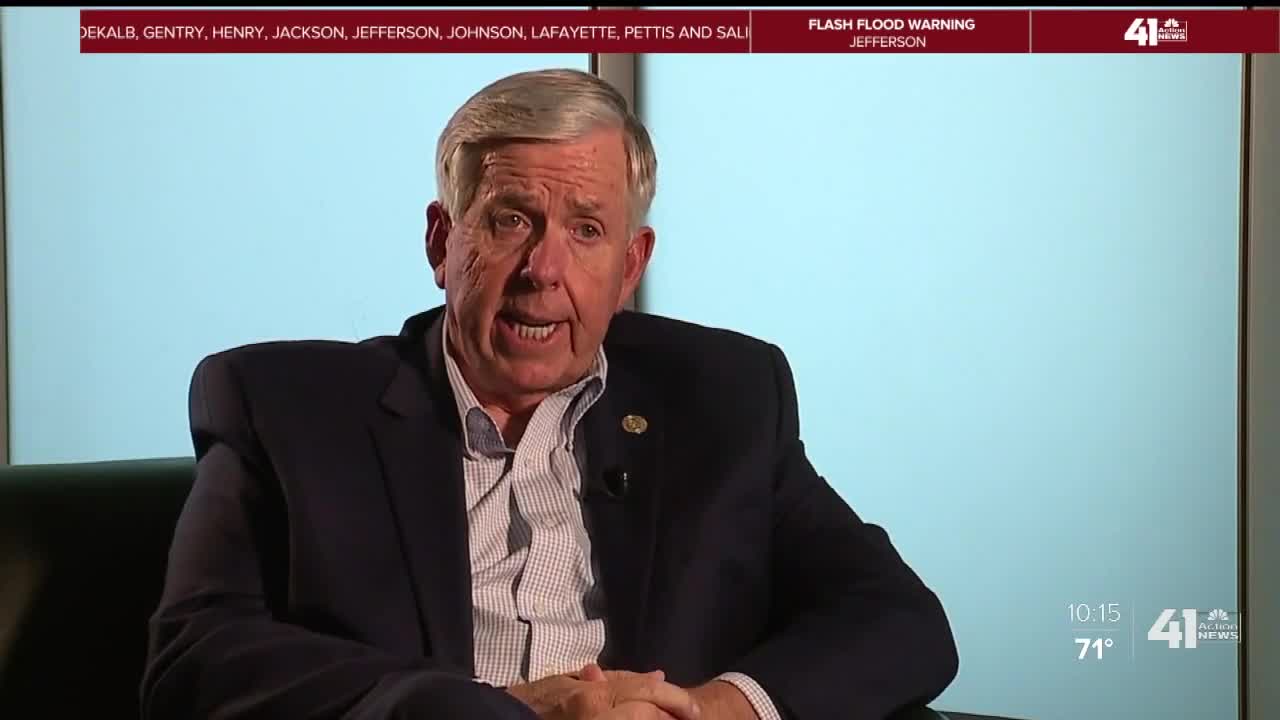 Missouri Gov. Mike Parson sat down with 41 Action News Anchor Dia Wall on Thursday during a visit to Kansas City to discuss schools reopening; social justice, crime and policing; the COVID-19 pandemic; and the state’s economy. 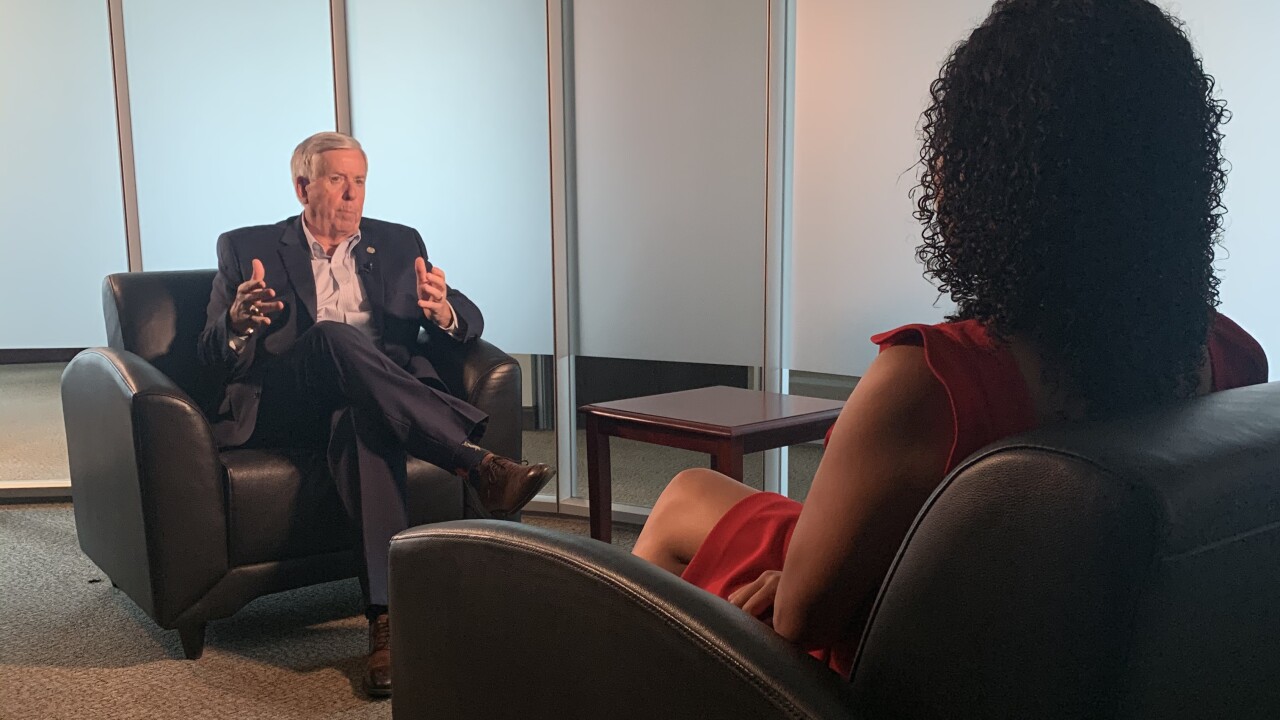 KANSAS CITY, Mo. — Missouri Gov. Mike Parson sat down with 41 Action News Anchor Dia Wall on Thursday during a visit to Kansas City to discuss schools reopening; social justice, crime and policing; the state's response to the COVID-19 pandemic; and the state’s economy.

Kansas City, Missouri, is on pace for the most homicides in its history as violent crime has surged in the city.

George Floyd’s death at the hands of Minneapolis police has ignited months of protests locally and across the country calling for police reform and meaningful conversation about systemic racism in the U.S. and how to dismantle it.

Here is an excerpt of Wall’s interview centered on social justice and police reform in Missouri after he met with KC-area school leaders on Thursday:

Dia Wall: Kansas City is on pace to have its deadliest year ever, with more than 100 homicides so far this year. In your view, how does the city become safer?

Gov. Mike Parson: "We’ve got to do a better job of getting people on the streets. Somebody is dying every day. I came to Kansas City last week talking about violent crime and somebody gets killed out here — 7-11, a (mother) pushing a baby carriage. We've got to stop that. We've got to put more resources and, if that means more police officers on the ground standing in neighborhoods, I'm for that."

Wall: Earlier this month, two KCPD officers were shot in the line of duty. One is still fighting through his recovery now. What’s your message to law enforcement officers in our community?

Parson: "As we see crime escalate, they're more at risk every day too. There's been so much said about other things when it comes to reform, and I get that side of it, and I think everybody would say, Hey, we're willing to do reform and we're willing to look at that,’ but that's totally different from fighting violent criminals."

Wall: We’ve seen quite a few young people die due to gun violence here in the metro. What’s your message to our kids, children out there right now?

Parson: "Saying you're going to put a lot of police officers on the ground, saying you want to do a lot of things — I get that, I support that, but at the end of the day what are you going to do long-term that's really going to change that kid's life to give him an opportunity to get out of that situation that's been going on for decades? I think that has to be part of this conversation. That's part of the solution. But that's 16 years before you get to see a kid that's born, starts out life, before you see that end result. We’ve got to be willing to invest in that and be willing to wait that 16 years to get that kid an education, give him a chance at a job."

Parson: "Look, I'm going to support law enforcement. I always have, but there's nothing wrong with talking about police reform. I think there (are) changes to be made. I think you'll see that offered up in (the) legislative session."