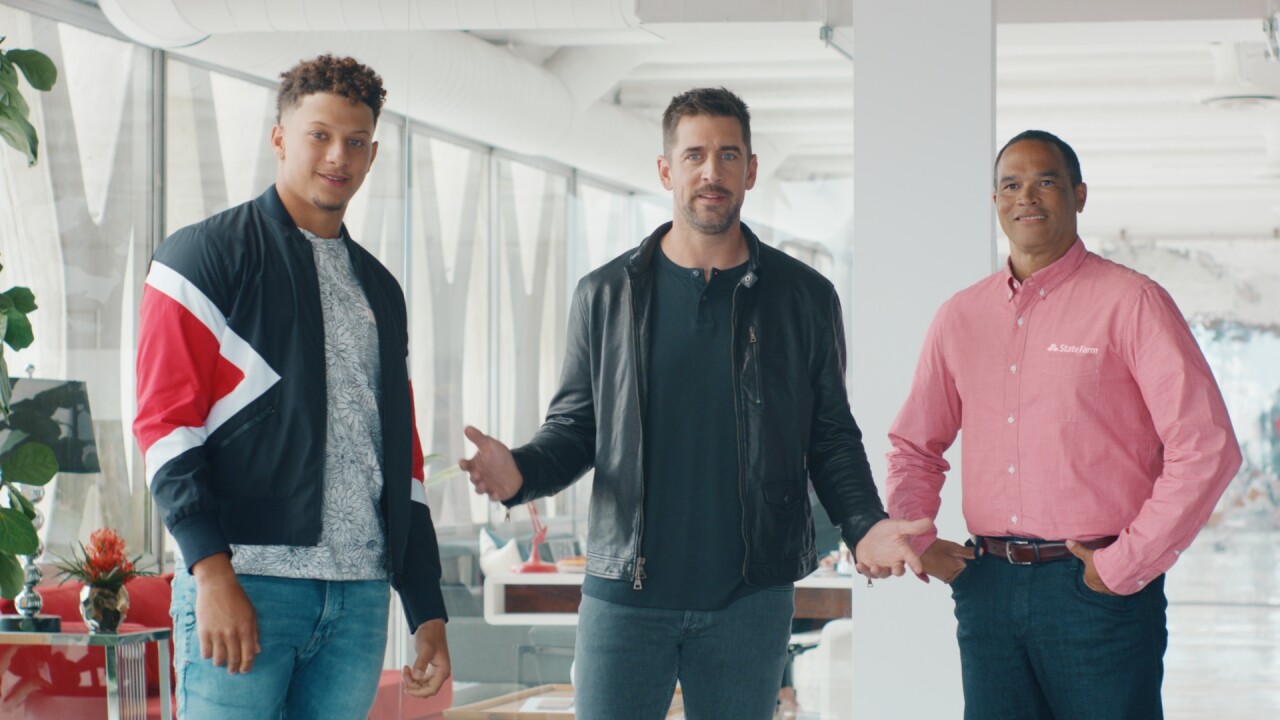 KANSAS CITY, Mo. — State Farm Insurance has long been known for its jingle, "State Farm is there."

Thanks to a new partnership announced this week, Kansas City Chiefs quarterback Patrick Mahomes is there, too.

Between the end of last year’s playoff run and Sunday’s season opener in Jacksonville, it seems like Mahomes is everywhere.

Deals with Head and Shoulders, Hy-Vee, Hunt’s Ketchup and more have vaulted Mahomes into rare territory.

With the State Farm deal, Mahomes gets to hang out with Super Bowl-winning quarterback Aaron Rodgers of the Green Bay Packers.

The spot is scheduled to first air Thursday night during the NFL season kickoff on NBC between the Chicago Bears and Rodgers’ Packers.

“I’m pumped to be working with State Farm and Aaron (Rodgers),” Mahomes said in a State Farm release. “I’ve been a big fan of their ads for years, so it’s really exciting to be joining the team.”

The company plans to have additional spots involving Mahomes throughout the season.