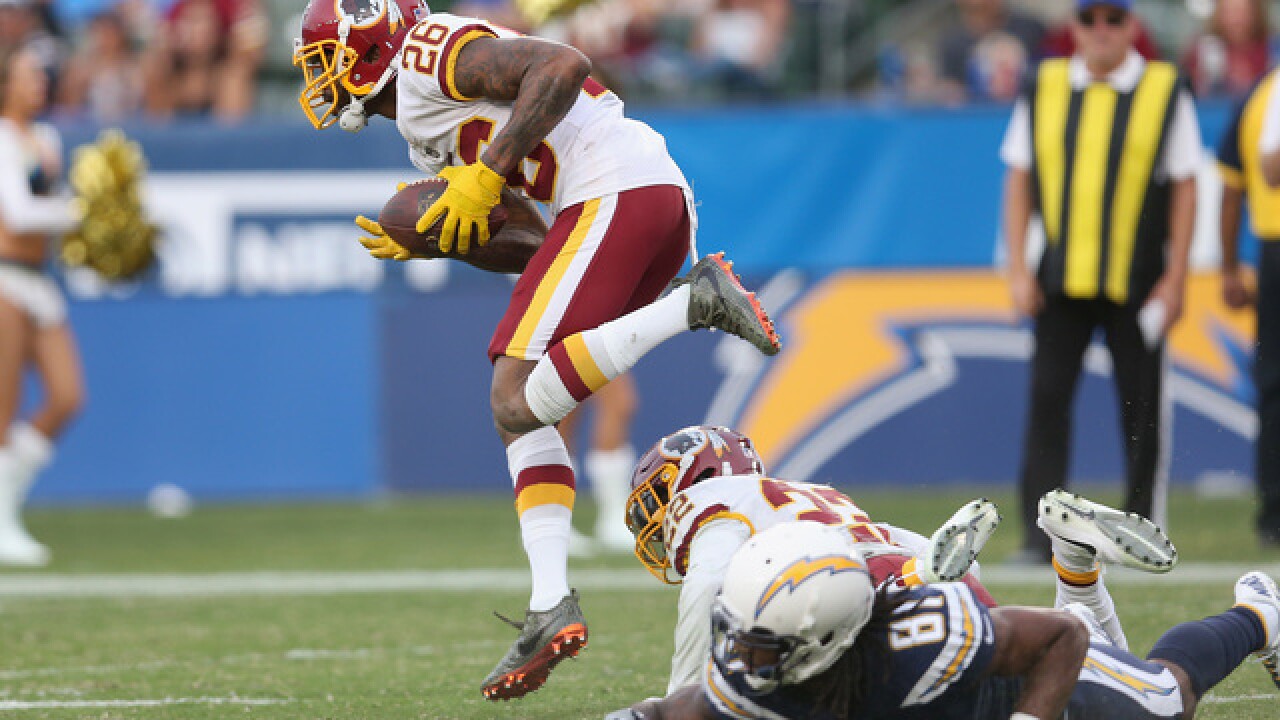 Copyright 2018 Scripps Media, Inc. All rights reserved. This material may not be published, broadcast, rewritten, or redistributed.
Stephen Dunn
<p>CARSON, CA - DECEMBER 10: Cornerback Bashaud Breeland #26 of the Washington Redskins takes off on a 96 yard return for a touchdown after his interception in the fourth quarter against the Los Angeles Chargers on December 10, 2017 at StubHub Center in Carson, California. The Chargers won 30-16. (Photo by Stephen Dunn/Getty Images)</p>

ST. JOSEPH, Mo. — There’s always some type of buzz surrounding Chiefs Camp, but Wednesday everyone is chatting about free agent cornerback Bashaud Breeland who spent the day in street clothes touring the facilities and watching the defense go through drills.

By all accounts, including the naked eye, this courtship looks like it could be headed toward a full-blown relationship.

Breeland went to college with new Chiefs receiver Sammy Watkins and was also a teammate of fellow corner Kendall Fuller.

Kansas City, however, is not the only team in pursuit of the former Washington star, where he’s played for the past four seasons. Breeland visited with Oakland and is also expected to take trips to Cleveland and Indianapolis before the end of the week.

Breeland’s health has been a concern. While he was upbeat and optimistic during Wednesday’s workout, he recently failed a physical that voided a $24 million deal with Jacksonville.