HURRICANE HELP: Learn how you can help provide for victims of Hurricane Ian

From design to indictments

Sunday, Aug. 7, 2016. The first 9-1-1 call came into the Kansas City, Kansas Fire Department at 2:34:50 p.m. The caller told dispatchers someone was injured on the Verrückt waterslide at Schlitterbahn Waterpark.

The chain of events leading up to that Sunday afternoon detail a ride designed to thrill.

The chain of events since that Sunday afternoon detail questions about what happened, could it have been prevented, and who might be responsible.

Schlitterbahn had started construction and opened at the height of the 2008 financial crisis. Schlitterbahn co-owner Jeff Henry, looking to energize his Kansas City waterpark, came up with the idea to build the world’s tallest water slide.

Testing of the ride featured a scale model where Henry and ride designer Johnathan Schooley found out the ride could deliver a thrill.

The pair built Verrückt in 2013 and 2014 and continued testing once the ride was complete.

The testing showed something troubling – rafts would sometimes go airborne after cresting the second hill.

They reconstructed the hill and added nets, and on July 10, 2014, the ride opened to the public.

Publicly, Verrückt seemed to generate the interest Henry and his fellow designers hoped for. It broke the Guinness World Record for tallest water slide. 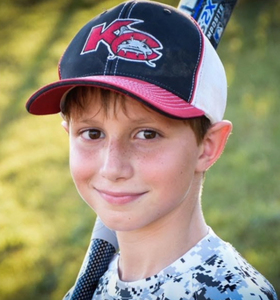 Police launched an investigation. The Kanas Department of Labor, charged with reviewing portions of Schlitterbahn’s business, reviewed its records.

The company closed down the ride.

In 2017, absent any criminal filings, the company reached a multi-million dollar settlement with the Schwab family.

Many thought the settlement would settle the case.

But an investigation by the Kansas Attorney General’s Office continued into early 2018 when a grand jury convened and returned indictments against Henry, Schooley, park administrator Tyler Miles, Schlitterbahn itself, and Henry and Sons Construction.

The grand jury said the men and the companies should have known the dangers of the ride.