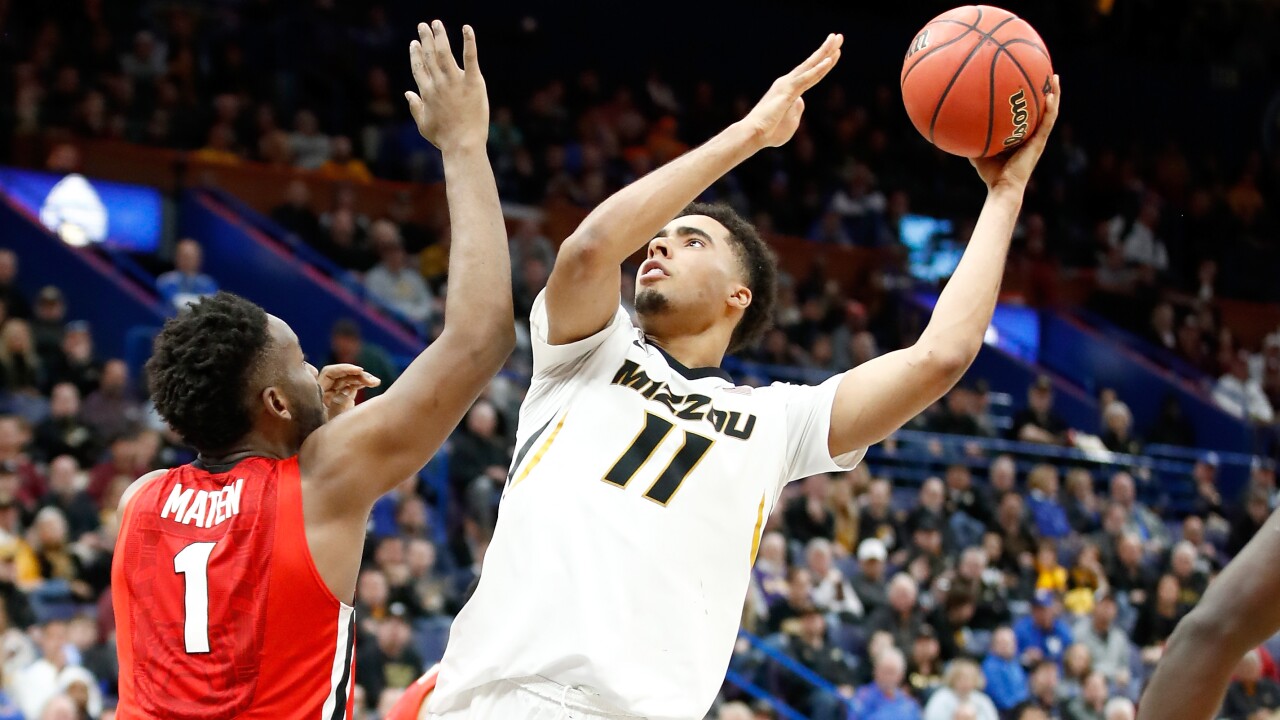 KANSAS CITY, Mo. — Missouri may not have made this year's NCAA Tournament, but the Tigers men's basketball team still managed to make news Saturday afternoon.

The Tigers confirmed Saturday that Porter, who tore his ACL and MCL during a closed scrimmage against Southern Illinois in October 2018, was hurt again while rehabbing in Denver.

Porter missed the entire 2018-19 season after suffering the injury. He has been rehabbing in Denver for months, an MU spokesperson said.

Porter’s older brother, Michael Porter Jr., was a first-round pick by the NBA’s Nuggets last June and his father, Michael Sr., is an assistant coach for the TIgers.

A native of Columbia, Missouri, Porter reclassified before the 2017-18 season to forego his senior season in high school and enroll early at Mizzou in order to play one season with Michael Jr.

Those plans went awry when Michael Jr.’s back injury limited him to 53 minutes across three games, but Jontay — who averaged 9.9 points with 6.8 rebounds and 2.2 assists as a freshman — emerged as a budding star.

He made Southeastern Conference All-Freshman Team and was chosen as SEC Co-Sixth Man of the Year.

Jontay participated in the 2018 NBA Combine, but opted to return to Mizzou for his sophomore season — and some polish.

He was projected as a mid- to late first-round pick in June’s NBA Draft despite the first injury. It’s unclear how much this new injury will impact Jontay’s draft stock.