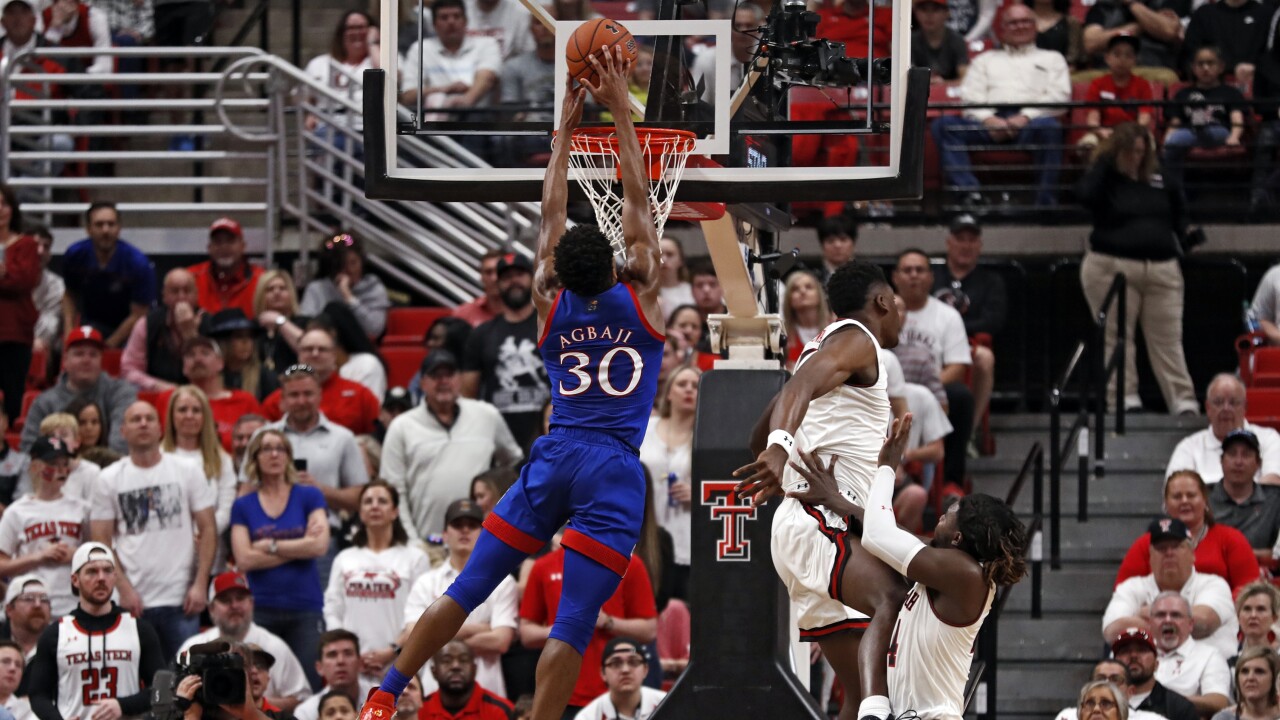 (Copyright 2020 The Associated Press. All rights reserved. This material may not be published, broadcast, rewritten or redistributed.)
Brad Tollefson/AP
Kansas&#39; Ochai Agbaji (30) tries to dunk the ball during the first half of an NCAA college basketball game against Texas Tech, Saturday, March 7, 2020, in Lubbock, Texas.

KANSAS CITY, Mo. — One day after losing Devon Dotson to the NBA Draft, the University of Kansas men’s basketball team received the news that Oak Park graduate Ochai Agbaji would return for his junior season.

“We have some unfinished business to take care of,” Agbaji said. “With that being said, I will be returning for my junior season. Rock, chalk.”

We’ve got some unfinished business Jayhawk Nation! Time to get back to work! #RCJH pic.twitter.com/LdxgmLcyz5

KU was 28-3 and ranked first in the country when the season was suspended, and ultimately canceled, before the Big 12 Tournament.