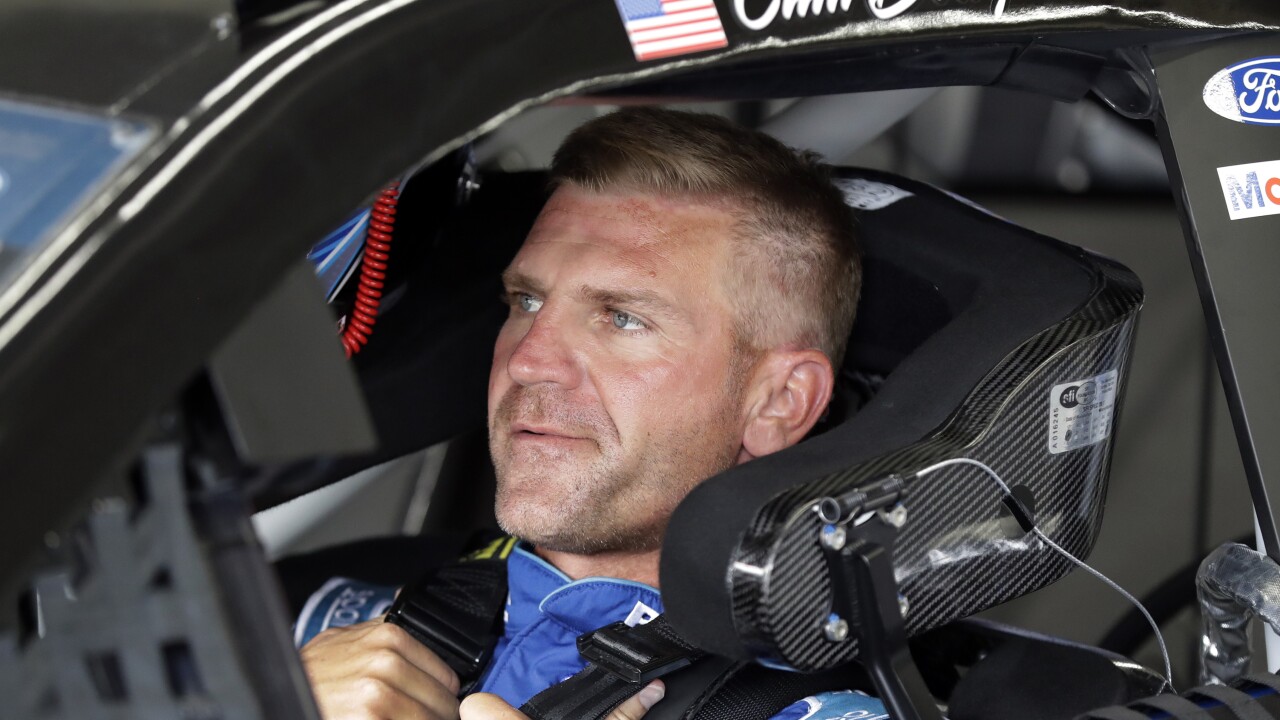 (Copyright 2020 The Associated Press. All rights reserved. This material may not be published, broadcast, rewritten or redistributed.)
Chuck Burton/AP
FILE - In this May 23, 2019, file photo, Clint Bowyer waits in his car before practice for a NASCAR Coca-Cola 600 Cup series auto race at Charlotte Motor Speedway in Concord, N.C. Bowyer will retire at the end of the NASCAR season and join the Fox Sports booth as an analyst.

KANSAS CITY, Mo. — Early in September amid the push to qualify for the playoffs, Clint Bowyer couldn’t help but think about 2021 and beyond.

“I was wondering what’s next. What do you do?” he said. “Was I ready (to retire)? I was getting close to being ready. ... But was I looking for that what’s-next moment or opportunity? That answer is absolutely yes.”

Bowyer, 41, who signed a one-year deal to remain with Stewart-Haas Racing for 2020, had begun contemplating retirement, but he didn’t relish the prospect of an uncertain future.

A 16-year Cup Series veteran, all Bowyer really knew was that he wanted to remain part of the sport that made a spunky child from Emporia, a millionaire several times over, as well as a fan favorite driver for his immense and unfiltered personality.

“I wasn’t just going to quit and ride off into the sunset because I like this sport," Bowyer said, "and I wanted to find my way and a future within it. Luckily, this happened.”

The “this” to which Bowyer refers is an offer to join Fox Sports as a race analyst alongside Mike Joy and four-time Cup Series champion Jeff Gordon — an opportunity he said was too good to pass up.

“You don’t make a decision to go into television …,” Bowyer said. “They make that decision. ... It wasn’t on my radar. It really wasn’t.”

“Clint is the same person off camera that you see on camera,” Kansas Speedway President Pat Warren said Tuesday in an interview with 41 Action News. “He is as genuine as the day is long, and he’s one of the most fun people in the world to be around.”

Warren suspects Bowyer will be a natural in the broadcasting booth and become a fan favorite there as well.

“I think it’s great for the sport because having somebody like Clint, who can connect with the average fan one-on-one and describe what it’s like to be in the car ... will be really helpful,” Warren said.

There are, however, some drawbacks.

“The makeup is going to be the worst part of all if it ...,” Bowyer said. “I’m an old kid from Kansas. If you’re going to put makeup on me, it’s going to take the tackle box anyway. It’s going to take everything you’ve got.”

Bowyer said he was “satisfied” with his career, though admitted he always wanted to win more races, and the relationships he made inside and outside the garage.

“I don’t regret anything,” he said. “I can promise you this. I’ve probably had more fun than about anybody out there in these last 16 years — probably too much fun sometimes. But would I take anything back or would I change anything? Absolutely not.”

He still plans to have fun, but in a different role now.

Bowyer also said he’s “not a well-spoken person,” but promised to “bring energy to that booth ... and use my life’s racing experience to tell the story and to tell it from my vantage point.”