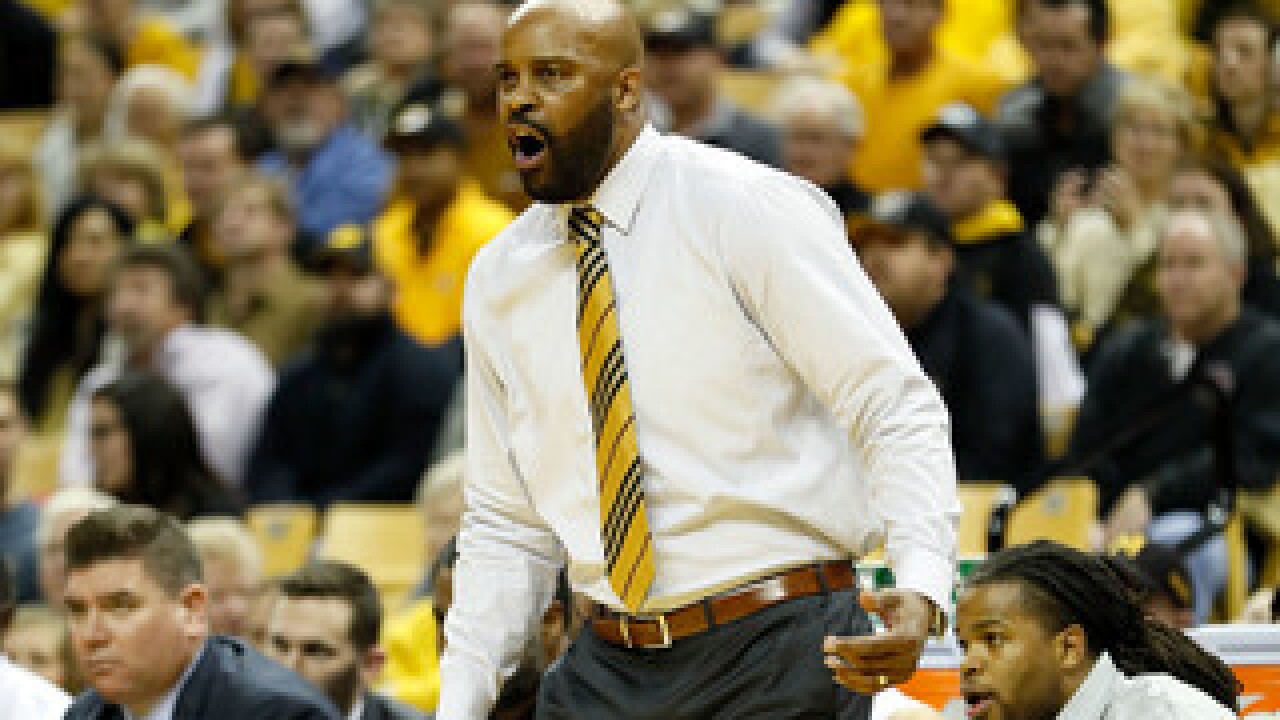 Copyright 2018 Scripps Media, Inc. All rights reserved. This material may not be published, broadcast, rewritten, or redistributed.
Jamie Squire
<p>COLUMBIA, MO - DECEMBER 19: Head coach Cuonzo Martin of the Missouri Tigers coaches from the bench during the game against the Stephen F. Austin Lumberjacks at Mizzou Arena on December 19, 2017 in Columbia, Missouri. (Photo by Jamie Squire/Getty Images)</p>

Missouri had never beaten Kentucky in 10 previous tries, but behind 16 points each from Jordan Barnett and Kassius Robertson, the Tigers finally cleared that Big Blue hurdle with a 69-60 victory Saturday.

The 21st-ranked Wildcats (17-6, 6-4 Southeastern Conference) had erased double-digit deficits the last two games in victories over West Virginia and Vanderbilt, but their poor shooting against Missouri's stingy defense ensured there would be no rally this time.

Kentucky shot 31.3 percent from the field. Shai Gilgeous-Alexander led the Wildcats with 15 points and six assists.

Missouri led 28-18 at halftime, as Kentucky made just 20 percent of its first-half shots and went 0 for 10 from 3-point range

As usual in a game involving Missouri -- a defensive-minded and foul-prone team -- the game was physical. Late in the first half, Kentucky's Jarred Vanderbilt took exception to Jared Geist's box-out, wrestled Geist to the court and had to be restrained. Both players received technical fouls, and Vanderbilt was assessed a flagrant foul.

Early in the second half, Geist drew a flagrant foul for elbowing Gilgeous-Alexander in the face.

The Wildcats cut the lead 33-32 on Jalen Knox's layup with 16:14 remaining. Then Missouri went on an 8-0 run, started with a 3-pointer and transition layup by Porter and finished with Barnett's 3-pointer. The Tigers maintained the lead the rest of the way.

Missouri: The Tigers have played themselves back into NCAA Tournament contention in the last week with two straight victories over top-half SEC teams. Missouri won at Alabama on Wednesday before beating Kentucky on Saturday.