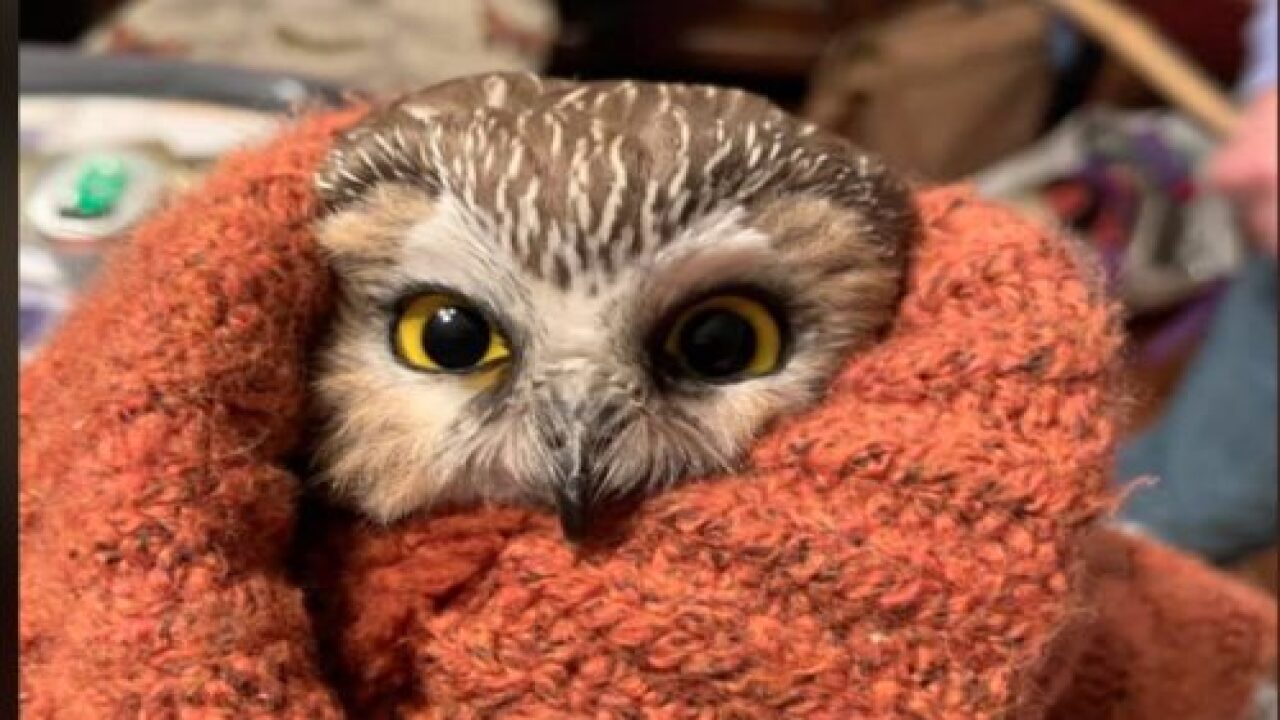 A tiny owl made an unexpected journey when she was caught up in the Norway Spruce destined to become one of New York’s iconic landmarks: the Rockefeller Center Christmas tree. It seems this little feathered friend accidentally hitched a 170-mile ride from Oneonta, New York, inside the 75-foot tree and suddenly found herself in the middle of the Big Apple.

The Ravensbeard Wildlife Center posted the story of the owl, who was found far from home by one of the workers installing the tree in the big city.

It began when a woman called the Ravensbeard Wildlife Center to ask if it accepts owls, because her husband has a “baby owl in a box tucked in for the long ride” to the rescue center.

“I asked where her husband was when he found the owl,” said the Ravensbeard worker who posted the story on Facebook. “She said he works for the company that transports and secures the Christmas tree in Rockefeller Center.”

The wife of the man who found the owl met up with the Ravensbeard Wildlife Center worker to transfer the bird to her care. Upon looking into the box, the animal care worker realized this wasn’t a baby owl — he was just a small breed.

“I peeked in the box and saw this little face looking up at me,” the post continued. “He/she was a little Saw-whet owl, the smallest owls we have in the northeast.”

The Cornell Lab of Ornithology says Northern Saw-whets are “bursting with attitude,” and that the tiny owls are “highly nocturnal and seldom seen.”

Helen Kalish, the director and founder of the wildlife center, told WNBC this animal encounter was a first in her long career.

“We’ve been in existence for 20 years and I’ve never seen anything like this,” she said. “The wife of the person that found the owl was calling around to try and get help for this little guy. He saw these little eyes looking at him and reached in and grabbed it. He didn’t fly away so he wasn’t sure if it was injured.” (Later, vets learned that the owl is female.)

Kalish said she believed the owl somehow got trapped inside the large tree as it was being tied down for transport to Manhattan — which means she didn’t eat or drink for three days.

Fortunately, the little gal — affectionately named Rockefeller — is recovering nicely. After getting checked by a vet for any broken bones (she got the all-clear, according to the center’s blog) and getting her fill of rodents at the wildlife center, the center said she’d be released on the grounds at Ravensbeard to prevent further trauma from another long trip.

Ravensbeard Wildlife Center asked for donations in the spirit of the holidays when sharing Rockefeller’s story. Donations poured in from fans of the little bird who was “the secret in the Rockefeller Christmas tree.” That money will help other animals who find themselves in trouble.

“It has been an incredible outcry of people giving,” Kalish told HuffPost. “It’s really going to help us through the winter and then some.”

On Nov. 24, Ravensbeard posted an exciting update on Facebook: “Rockefeller has been well cared for, and she has been cleared by specialists for take off,” they wrote. “Rocky will continue on her migratory journey south today at dusk.”

That night, they posted a gorgeous video of her release, writing, “Rocky’s release was a success!”:

How wonderful is that? We hope little Rocky has a safe journey!