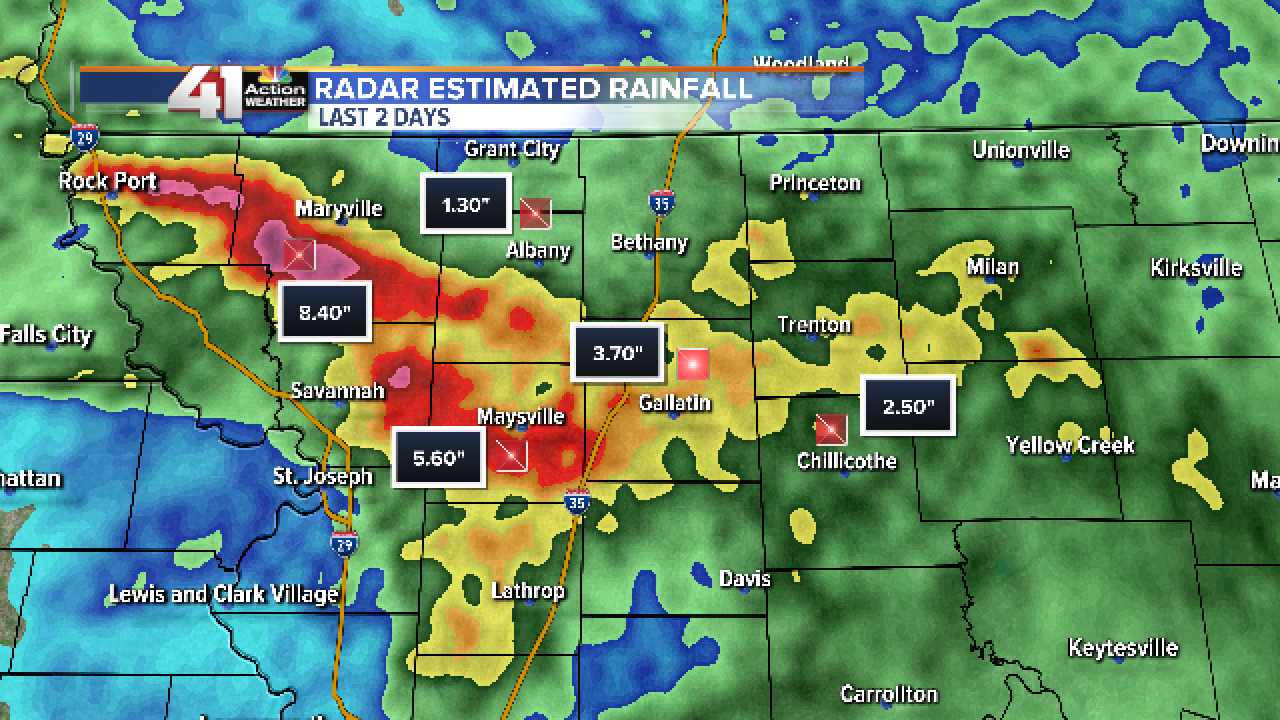 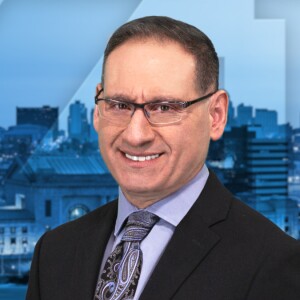 The heat wave has ended! The weather has been quite fascinating the last 24 hours. Eastern Kansas and Missouri were sunny, windy and hot on Saturday as thunderstorms formed in central Iowa during the early evening. These thunderstorms did quite a maneuver to affect our area and end the heat.

They tracked south into northern Missouri and then southwest into eastern Kansas. We knew these thunderstorms could do this, but how far south and west they tracked was a question. Early this morning they began to link up with the main system for later today and tonight that is tracking across southwest Nebraska and northwest Kansas. Before we get to the forecast, these thunderstorms dumped tremendous amounts of rain across northern Missouri which had seen little to no rain since June 24th. 3″ to 8″ of rain occurred from Rock Port to Gallatin. This is great news for the corn and soybeans that desperately needed a drink.

The KC area saw some much needed rain as well. Platte county did not see much rain, but all other locations received around 1″ to 2″. Southeast Jackson county saw areas of 3″ rain amounts.

OK, now what is next, as we transition from a steam bath to much more comfortable air. Here is the set up around 8 AM Sunday. The thunderstorms from the north pushed the front to a location from northern Kansas to southwest Missouri. A surface low is in northern Kansas as a cluster of disturbances in southwest Nebraska and northwest Kansas become a main upper level system. Big thunderstorms were south of Lincoln, NE and these may head southeast and affect our area this afternoon. There were new thunderstorms forming in central Kansas as well.

The air mass across southcentral and southeast Kansas will become rather steamy as this is where the heat wave has been pushed. That juicy are will be pulled north over the front as the main upper level system tracks into northeast Kansas. This is going to be a set up for very heavy rain along and north of the front.

This data has the big thunderstorms organizing in southeast Nebraska this afternoon. You can see above, that it is already starting to happen. Eastern Kansas and western Missouri will have scattered showers and thunderstorms this afternoon, or the heavy area will be here faster.

This data has the heavier rain moving through tonight. It could end up being faster, but some time between 2 PM and 4 AM a round or two of very heavy rain is possible. Flash flooding is the main threat, but some some thunderstorms may contain strong winds. We would normally be saying the rain and thunderstorms will be south as the front has pushed down there, but the storm system coming from Nebraska changes the equation.

Regardless of the rain, much cooler and less humid air will pour in Monday. It will be with us into Wednesday.

Lows on Tuesday may dip to the upper 50s which would be a near record cold.

Tuesday afternoon may see highs just below 80°. Remember, these were the lows the last several days.

Another cold front is due in next weekend and we may see some thunderstorms at the end of the week as a disturbance comes in from the northwest. Bottom line…The high heat will likely not return in a big way for awhile.