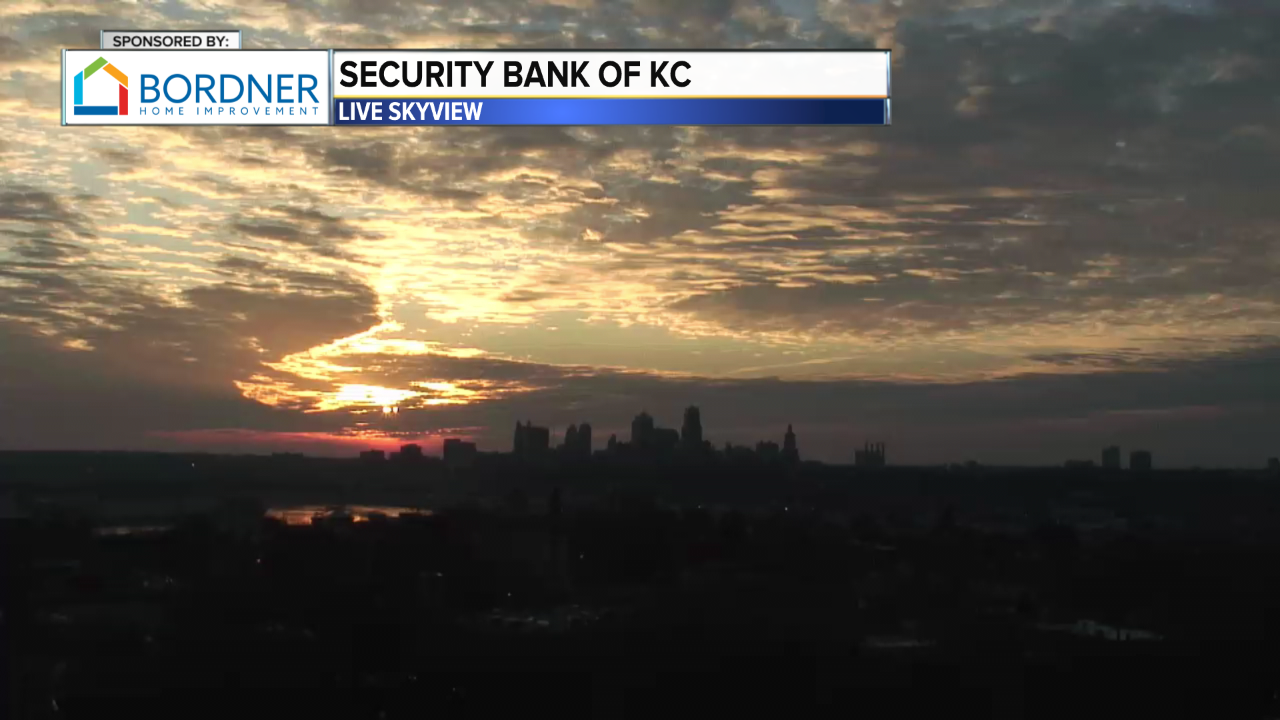 We have a series of weather changes the next 4 days, but we started with a beautiful Sunday sunrise. The stratocumulus and altocumulus clouds made for quite a start to Sunday. A big part of the weather changes includes rain and snow.

Our last snow occurred on February 12th and with 3.1" it clinched us having above average snow through February. We will likely add to this total before the month is over as well. Let's go through all of these weather changes.

SUNDAY: Rain will be increasing across Kansas as the first of two storm systems moves into the Plains. The rain will hold off in KC until after 4-5 PM. Emporia to Paola to Harrisonville may see the rain start around 4 PM. So, highs today will make a run at 60° since most of the daylight hours will be dry.

MONDAY: The rain will spread north to the Iowa border by midnight tonight. Rain, heavy at times, will be occurring in most locations south of highway 36 by Monday morning. Winds will increase from the northeast, becoming 15-30 mph by midnight tonight as temperatures drop to 35-40. It will be a wet, windy and cold Monday morning rush hour. There may be some mixed snow across northern Missouri, but we do not expect icy or snowy roads.

The rain will taper to drizzle Monday afternoon and winds will decrease, becoming north at 10-15 mph.

MONDAY NIGHT-TUESDAY MORNING: The first storm will be tracking to the Great Lakes. It will start to produce snow across northwest Illinois, southern Wisconsin, eastern Iowa and northeast Missouri. The second storm and a cold blast will be approaching from Nebraska. So, Monday night into early Tuesday around here will be mostly cloudy with temperatures in the 30s with a few rain and snow showers, perhaps some drizzle.

TUESDAY AFTERNOON AND NIGHT: The second storm will combine with the first storm to become a bigger storm. Snow will increase and become widespread from Kansas and Nebraska to Michigan. If we are going to see accumulating snow this week, it will be during this time period as a cold blast moves through.

WEDNESDAY: Any snow will end early with the chance of seeing a dusting to 2" of snow by the time the snow ends. If the storm organizes faster we could see more and on the flip side if the storm takes longer to get its act together we will see flurries to a dusting. If the storm tracks to our north, we will see less snow as well. Lows will be in the 20s with wind chill values in the single digits.

The storm will exit Wednesday afternoon and the sun may come out before it sets. It will be a cold day with highs in the 30s and diminishing wind.

RAINFALL FORECAST THROUGH WEDNESDAY: The new data is suggesting we could see all of February's average rainfall this period. February averages 1.46" of rain and this new forecast has KC receiving 1.46" of rain/melted snow. Now most of the total is from rain. This may be a bit overdone, but most locations will see at least 1" with .25" to 80" across northern Missouri.