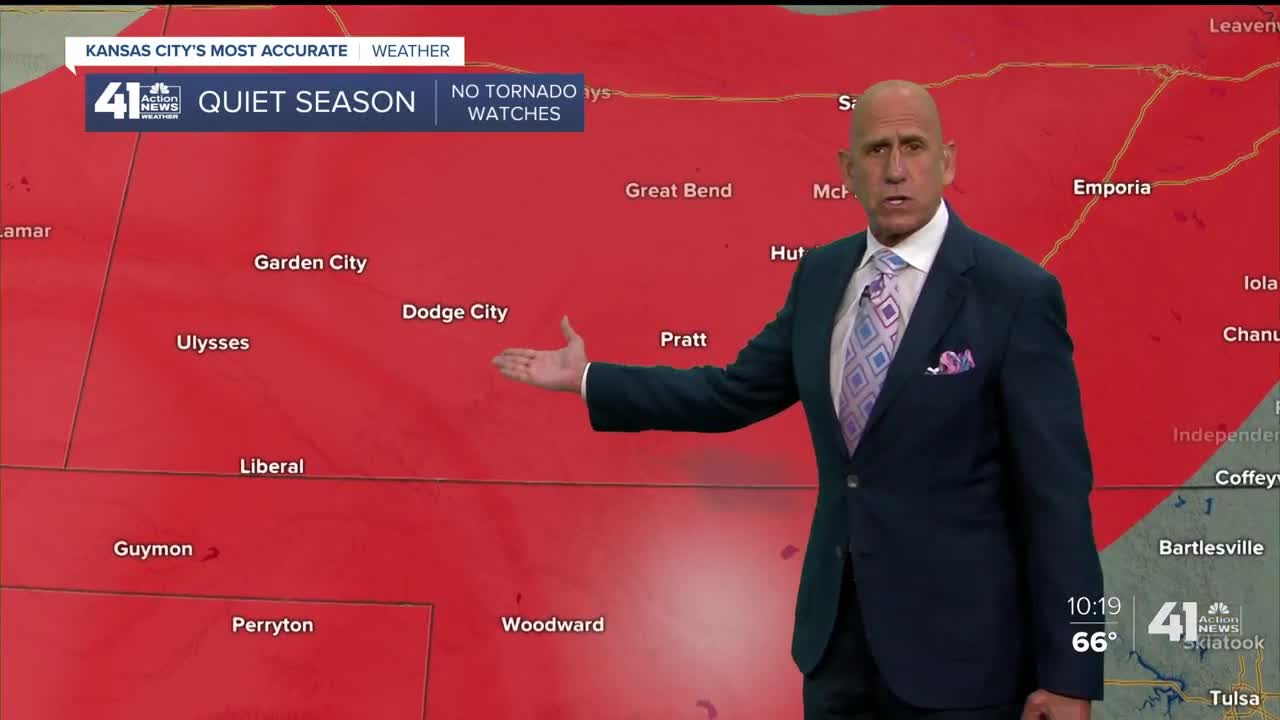 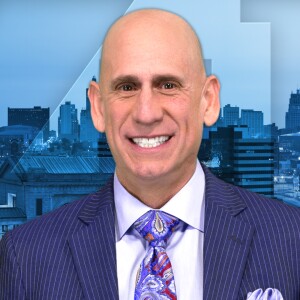 There has not been one tornado watch in the KC metro area in 2020. A Tornado Watch is issued when conditions are favorable for severe thunderstorms with the potential of a few of them producing a tornado. To go the entire spring, and the entire year up to this point on June 11th, without one tornado watch may have never happened before, since watches began being issued.

It was back in 1948, on the evening of March 25th, when a tornado blasted through Tinker Air Force Base, in Oklahoma, causing major damage, a few injuries, and no fatalities. A few hours before the tornado roared through, Air Force Captain Robert C. Miller and Major Ernest J. Fawbush correctly predicted that atmospheric conditions were ripe for tornadoes in their vicinity. The tornado left $6 million dollars in damage, $4 million less than a storm, which had only occurred just five days earlier. This was the first tornado forecast known and was instrumental in advancing the nation's commitment to protecting the American public and military resources from the dangers caused by these natural disasters.

So, back to our statistic. There have been no tornado watches, not just for KC, but also for cities like Wichita, KS and Amarillo, TX, and most of western Oklahoma, which is just incredible.

As you can see on these images, there is a large chunk of Tornado Alley that has not had one tornado watch. Now, look at the number of tornadoes across the USA state by state:

Kansas has had 15 tornado reports this year, and Missouri has had 23. And, they have all been fairly weak. This is great news as we have had very few problems with this type of disaster in 2020. Kansas averages 96 tornadoes per year, and Missouri 45. Tornado season ends by the first day of summer and there is not even a chance of a thunderstorm for the next five to seven days at least, so these numbers will stand through the end of tornado season. There are occasional risks during the summer, but with the jet stream retreating north, those chances of tornadoes go way down!

What is causing this record low number of tornadoes across Tornado Alley? Is it a shift in weather patterns? Is it Global Climate Change? No! It is just this unique weather pattern we are in this year, the weather pattern that sets up each year according to the LRC in October. We are in the same pattern that just produced a fifth significant severe weather outbreak east of KC. There were 475 severe weather reports yesterday from Michigan into the Ohio River Valley. This years pattern just happens to provide the conditions for severe weather far to the east of KC, and the LRC has protected us this year from having any major risk, and thus is the reason why we have had no tornado watches this year.

It will be another great day of weather in Kansas City with low humidity and 100% sunshine. It is just a glorious morning out there, and we will go in-depth and discuss this severe weather season, a look into summer, and a lot more on 41 Action News today and tonight.

Kansas City tied a record low temperature this morning. Sunny & Rainbow posed for this picture to help let us know. It was also 52° on this date in 1995, but never cooler.

Thank you for spending a few minutes reading the weather blog, and sharing in this weather experience. Have a great Thursday!