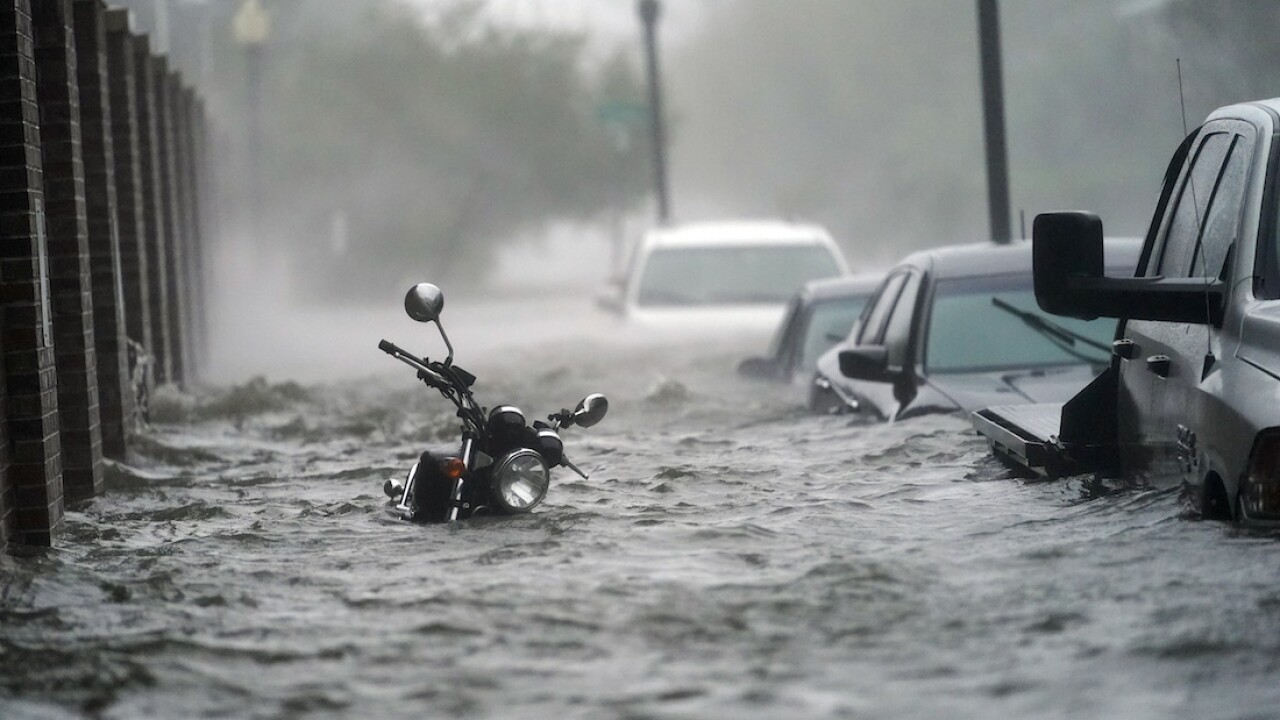 Copyright 2020 The Associated Press. All rights reserved
Gerald Herbert/AP
Floodwaters move on the street, Wednesday, Sept. 16, 2020, in Pensacola, Fla. Hurricane Sally made landfall Wednesday near Gulf Shores, Alabama, as a Category 2 storm, pushing a surge of ocean water onto the coast and dumping torrential rain that forecasters said would cause dangerous flooding from the Florida Panhandle to Mississippi and well inland in the days ahead.(AP Photo/Gerald Herbert)

While the weather in Kansas City is spectacular, the weather over the southeast is a disaster. 20 to 30 inches of rain fell near the coast. If that much rain would have fallen in Kansas City, we would have had many neighborhoods under water. The southeast is dealing with a major disaster, and hurricane season is staying active with more on the way. Take a look at the Atlantic Basin, which includes the Gulf of Mexico, and Caribbean Sea:

Teddy is going to become a major hurricane later today or tonight, and it may strengthen into a Category 4 hurricane. It is moving towards the east coast of the United States and it will be monitored closely. Some of the models swing it in north of New England next week. As Teddy is being tracked, there are other developing systems. The next name is Wilfred, and it is the last name on this year's list. After we go through all of the names, the National Hurricane Center will then start using the Greek Alphabet to name the next few storms. So, we will likely have a Tropical Storm Alpha soon. The red X over the Gulf of Mexico may become Wilfred, and this one is right on schedule per the LRC, which we will talk about next week.

This forecast map above shows Teddy, and the new storm near the Texas coast. The weather pattern is favorable to take the new storm towards Louisiana again, and it will likely form, stall, and then make a move towards Louisiana as a strengthening hurricane in a few days around a week or so from now. At the same time, Teddy is shown just off the Main coast. This active hurricane season may still have its strongest disaster yet to dome. I sure hope not but it fits to have these systems.

Here is the prediction from last nights European Model:

As you can see above, this model does take a strong hurricane to near New Orleans one week from now. So, there is a lot to track for weather enthusiasts in the next few days. We will be monitoring these developments closely.

So, how has this influenced our weather in KC? Take a look:

The circulation around the remnants of Hurricane Sally has created north winds from Minnesota, across Missouri and Kansas, to the Gulf of Mexico coast. This has drawn in slightly cooler air, making it just about perfect out there today. It had just warmed up to 70 degrees as I was writing this blog entry.

This next map above shows the forecast for Saturday. The Gulf of Mexico storm will be developing. For Kansas City, this pattern is just going to provide great weather conditions for all outdoor events, weddings, dog walks, jogs, and bicycle riding. It is just going to be a spectacular weekend.

Thank you for spending a few minutes of your day reading the Action Weather Blog. I am back at work Sunday night! Have a great Thursday. We will update the blog Friday morning!