Weather Blog - No Tornado Watches This Year & The Developing LRC 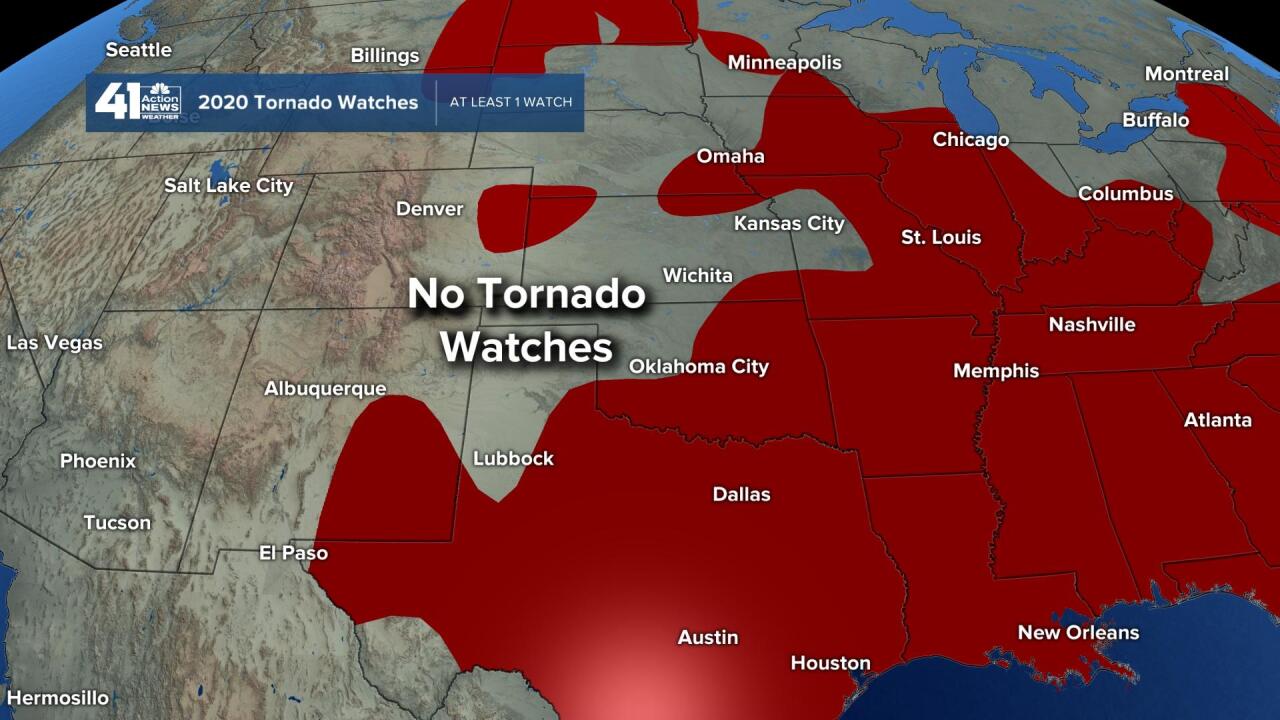 Kansas City is currently in a dry spell with only around 1.17" of rain this entire month. We average around 4.5 inches of rain in September, so we are really having a dry month, and there is no rain in sight. What is going on? The weather pattern is cycling according to the LRC, and we are right now still in the same pattern that set up last October. According to my hypothesis, which has been peer reviewed and published, a unique weather pattern sets up between around October 5th and November 30th. Anchor troughs and ridges (where storm systems reach peak strength most often, the anchor troughs, and where storm systems reach their weakest strength and frequency, the anchor ridges) become established. And, most importantly, the pattern cycles regularly. We are currently in the same pattern that set up last October, and the weather we are experiencing now is directly related to the pattern we have experienced in the past year.

This slide above shows Hurricane Teddy from yesterday, that was spinning rain into Maine, and clouds into the northeast. This weather pattern produced a similar storm last October as you can see on the picture on the right. That was Tropical Storm Melissa, and using knowledge of the LRC our weather team predicted that a storm similar to Melissa would form over the Atlantic Ocean and again just graze the coast. This prediction made 11 months ago was predicted to return this week, or an 11-month forecast verified. This is the power of the LRC.

Yesterday, as fall began at 8:31 AM, a new pattern is likely just now beginning to form. This old pattern will be falling apart, and within around two weeks something brand new will begin happening. The pattern is guaranteed to be very different than a year ago. This pattern that is winding down now has been rather frustrating for us meteorologists to describe each night. And, I am quite excited to see this pattern go away. It has now left us in this dry spell. Now, the new pattern could be even drier, or it could be stormier and wetter? We just need to monitor it closely.

This weather pattern produced some incredibly amazing phenomena. One of the more incredible facts is that Tornado Alley (the area that stretches from the Texas Panhandle and northwest Texas, across Oklahoma, Kansas, western Missouri, Nebraska, and Iowa) was extremely quiet. In fact, there wasn't one tornado watch in Kansas City, Wichita, Amarillo, Dodge City, and other areas that typically have many tornado watches. Take a look:

This has never happened in recorded history, since watches have been issued. What caused this? Again, it is the LRC, the cycling pattern that set up last fall that has been consistently quiet in traditional Tornado Alley. The number of tornadoes did end up at 27 in Kansas and 27 in Missouri. Missouri averages around 45 tornadoes annually, and amazingly Kansas averages 96. So, 27 tornadoes across KS is extremely low. Mississippi had the highest total with 109. It's hard to beat TX in a given year as that state is huge and in Tornado Alley. The year isn't over yet, and a new pattern is setting up, per the LRC, so let's see what happens in the fall.

Our weather pattern in Kansas City is quiet, and I see no chance of rain for a while. I am seeing a potential big change by the end of the first week of October, and that is when the new LRC will begin. If you are wondering about the winter forecast, be patient. It takes a few weeks for us to analyze the pattern and before the end of November we will know enough to make predictions for the next few months. For now, it is more of the same for around two more weeks.

By Saturday, as you can see above, a weak cold front will be lying across Nebraska and this front will stall. This will leave us in the warmer air until around Tuesday. By Tuesday, a strong cold front will move through and we will discuss this on our weather forecasts today and tonight.

It will be warming into the 80s Thursday through the weekend.

Thank you for spending a few minutes of y our day reading the Action Weather Blog featuring. We hope you have a great Wednesday, and we will be going in-depth into our weather forecast for the next week or two on 41 Action News tonight. I hope everyone is doing well.