Weather Blog: One Cold Front Down, One to Go 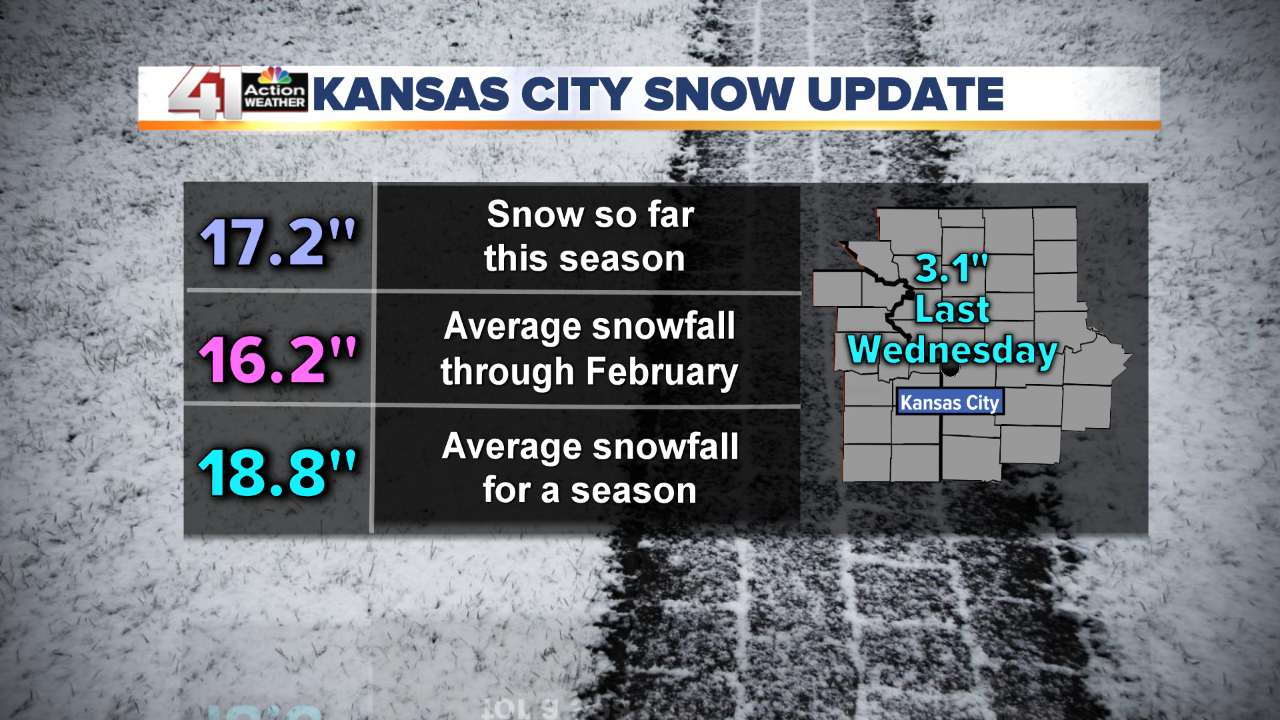 After the 3.1" of snow last Wednesday we are up to 17.2" of snow for the year which clinches us being above average on snowfall through February. Now, could we see snow again this Wednesday? There is a slight chance as we track the second cold front of the week.

As of noon Tuesday it was just south of I-90. It will be tracking slowly south, arriving here Wednesday night, as a system tracks in from the west. So, snow will increase around this front. Let's go through this next weather change.

WEDNESDAY: We will see increasing clouds with highs 35-40. Snow will be increasing across Nebraska and northwest Kansas. Temperatures will only be in the teens along and north of I-80. We will miss the brunt of the cold, however.

WEDNESDAY NIGHT: The front will move through around midnight. The main area of snow will be falling across western and southern Kansas. The system creating the snow will be tracking east, but it will be weakening as it does. So, at this time, it looks like any snow across eastern Kansas and western Missouri will be scattered and quite light. If the storm holds together a bit longer, then we could see a more steady snow. The chance right now of seeing measurable snow is 30%.

SNOWFALL FORECAST: Right now we are in the flurries to dusting category. If we max this storm out we could see 1". Again. just a 30% chance for measurable snow.

THURSDAY: The snow part of the storm will be breaking up as the cold air settles south. We will see lows 15-20, but we are missing the true Arctic air. Thankfully! Look at the low in Des Moines, IA, 0. Look at the low in Madison, WI, -10! Ouch!

Thursday afternoon will be sunny and cold with highs around 30. Unfortunately, the rain part of the storm will be going strong across the the already flooded southeast USA. Let's focus on the rain below.

RAINFALL FORECAST NEXT 7 DAYS: 2"-4" of rain is likely over the saturated and flooded southeast USA. Look at our potential rainfall forecast, 1.23". We may see a trace tomorrow night, but there are two more storm systems to track the next 7 days. The next storm after tomorrow night is for Sunday that could bring rain. The third storm is for next Tuesday-Wednesday and could be rain and/or snow.

Here is the latest data for the next storm. It is timed for Sunday and could bring .10" to .80" of rain. That would be nice as we could wash off all the salt on the roads. There is a chance it tracks farther south. If it does, we would only see a trace to .10".

Have a great rest of your week.