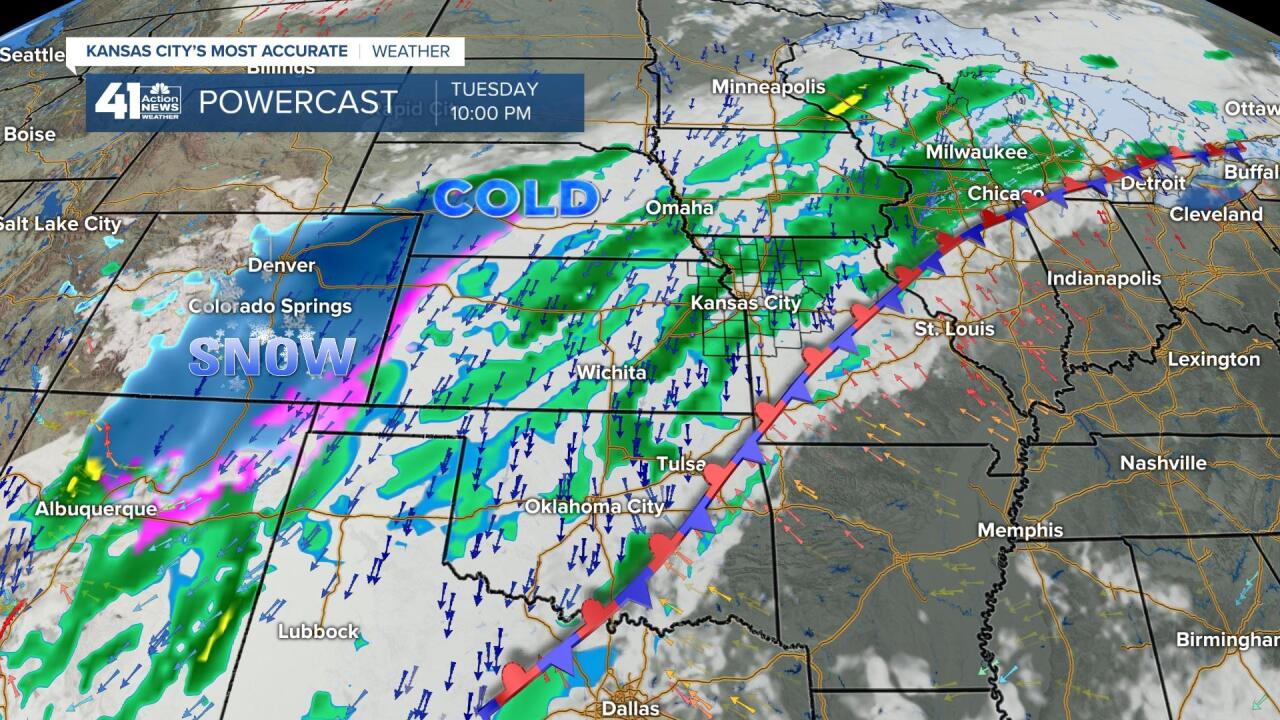 There are some weather extremes in progress or developing across the United States. Yesterday, it reached 120 degrees in San Luis Obispo. San Luis Obispo is on the coast near Morro Bay and this coastal community will very rarely ever get up into the 90s not to mention 100 degrees, and it reached 120° yesterday. Woodland Hills, CA, where I grew up in the San Fernando Valley, reached 121° yesterday, which is the hottest temperature ever recorded in the Los Angeles city limits. Wild fires have been producing some interesting and horrific images. Take a look at this interesting smoke formation:

Look closely at this picture. There is a wild fire with the smoke plume reaching up into the Troposphere. On the top of the smoke are cumulus clouds. These are called "Pyrocumulus" clouds. There have been a few of these, earlier this summer, that have formed into Pyrocumulonimbus clouds or thunderstorms caused by the updraft created by fires. This one didn't form into a thunderstorm, but it is just fascinating.

Here is the forecast temperatures for this afternoon. In KC, the front will be near the city, and north of the front it will be in the 70s and 80s, with south of the front reaching the 90s. Look at what happens 24 hours later:

This is just incredible. Snow will be falling over a large area out west, and KC will have an abrupt change into fall conditions tomorrow.

The snow will spread from parts of Nebraska southwest into New Mexico. It may snow in western Kansas as well. Farther east, in Kansas City the colder air will arrive later tonight and Tuesday, and then there will be chances for rain the rest of the week.

The storm that is going to cause this mess is just now forming. Take a look:

This is how the storm looks on this 500 mb forecast chart. This is the new data that just came out while I was writing this blog. The storm, we are going to be tracking the rest of the week, has not yet formed. I circled the energy that will be organizing later today and tonight, and then look at what happens next:

That energy is forecast to develop into a closing off upper level low. This storm is closing off and trying to cut-off from the main jet stream. This will cause it to move very slowly. The trough in Canada is what is pushing the cold front through, and then this storm system is what stalls the front and begins producing the snow and rain patterns. This is so different than what the models were showing earlier in this holiday weekend. And, this is really becoming a nightmare for weather forecasters. We have a huge NFL football game in KC on Thursday. Is it going to rain or not, that is the question? When you have a storm like this, especially since it hasn't even formed yet, the forecast will still change from model run to model run. I think by tonight or Tuesday we will be able to make that accurate forecast for Thursday night, but it is challenging.

Thank you for spending a few minutes of your day reading the Action Weather Blog. Have a great Labor Day!