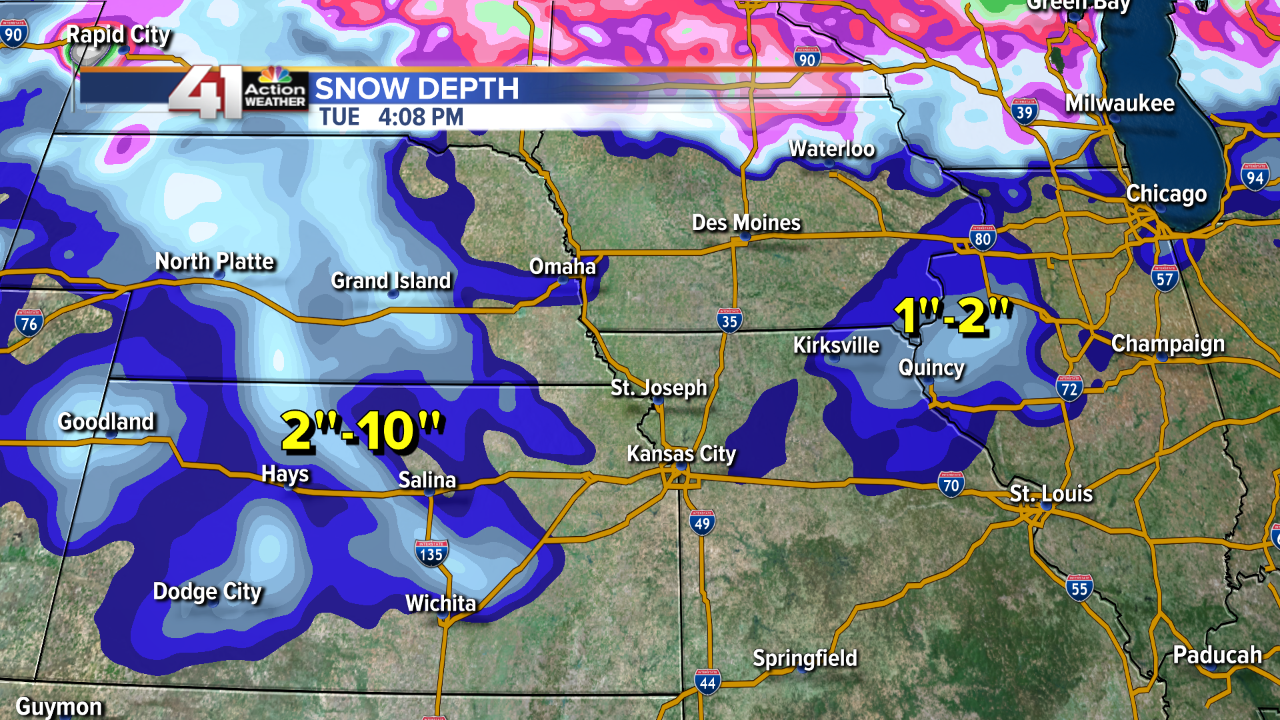 We are tracking one odd storm as it dropped south through Nebraska into southern Kansas leaving a band of 2"-10" of snow from around Wichita to western Nebraska. The first storm brought 1"-2" of snow across northeast Missouri. Now, tonight, the second storm that brought the snow to Nebraska and Kansas will bring snow to central and eastern Missouri.

This second storm is organizing just east of KC this evening where rain is increasing from Lee' Summit, east and south.

This rain will change to snow this evening and move east. Let's go through this.

TONIGHT: Steady snow will occur from Warrensburg to Kirksville and points east. We will scattered snow showers and flurries with no major road issues. It will be windy and cold with north winds 15-30 mph and wind chill values dropping to 5-15 by morning.

WEDNESDAY: The snow will exit Missouri. We may see some snow showers and flurries early in the morning with north winds 15-30 mph. Roads will be damp to dry with maybe some snow blowing around in the road, no major issues. Wind chill values will be 5-15. The sun will come out during the afternoon and the winds will decrease as highs reach 35-40.

SNOWFALL FORECAST TONIGHT-WEDNESDAY: You can see amounts will range from zero to .2". If we see .1" to .2" it will just blow around in the roads and not cause big issues. This data has 1" or less for most of central Missouri and 1-2" for southeast and east Missouri. Roads will get slick or have slick spots from around Pleasanton, KS to Marshall, MO and points east.

Now we turn our attention to a nice warming trend. We will make a run at 70° this weekend.

THURSDAY: It will be mostly cloudy with highs in the 40s. A sprinkle is possible as a weak disturbance races in from the northwest.

FRIDAY: We will see periods of clouds with highs around 50. Highs will reach the low 60s across western Kansas.

SATURDAY-SUNDAY: Highs will reach the 60s and we could make a run at 70 if we see more of a southwest wind. Bottom line, it will be a nice weekend. It will be sunny Saturday and partly cloudy Sunday.

Have a great rest of your week.