Weather Blog: "The Corridor of Nothing" 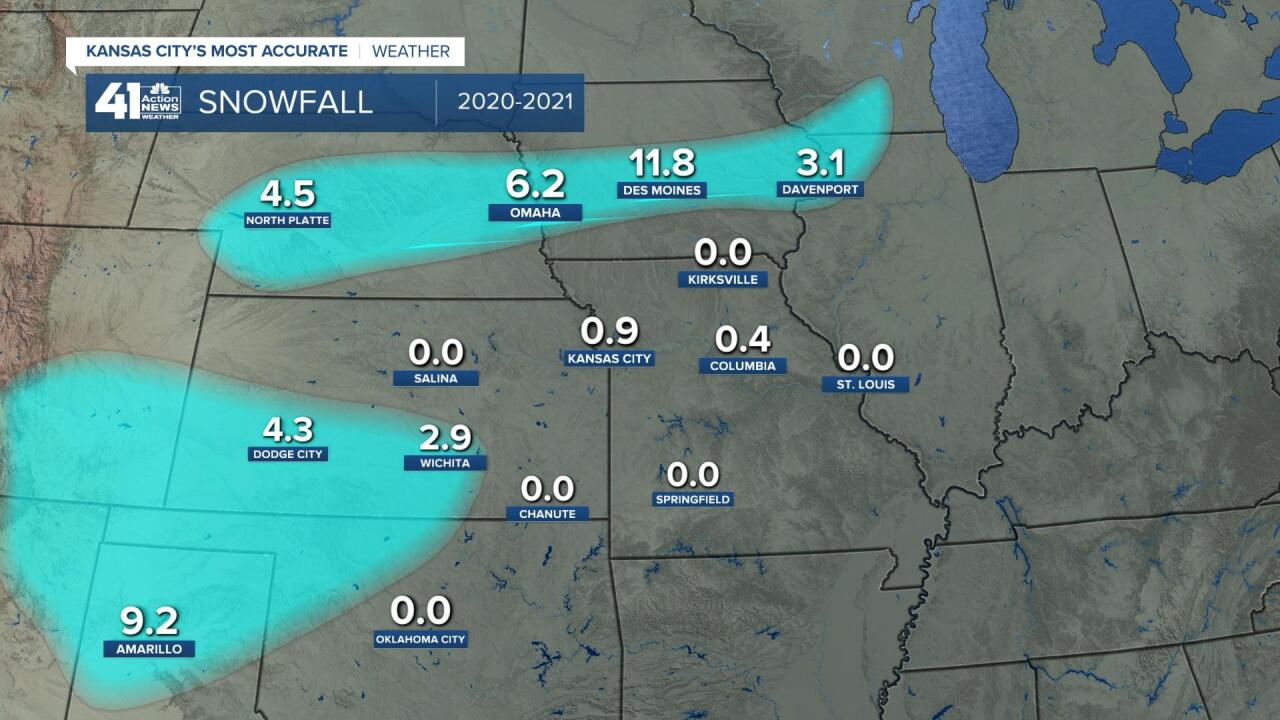 There has been a corridor along I-70 that has been missing winter weather and this includes Kansas City as we have seen 0.9" of snow so far this season. The snow occurred on October 26th. There are two corridors that have seen quite a bit of winter weather, along I-80 and across Oklahoma and southern sections of Kansas.

Oklahoma City had no snow before today, but while we were seeing 0.9" of snow on October 26th, they had a major ice storm.

We have been tracking three storm systems. The first one brought 3"-8" of snow to much of Iowa and Nebraska Friday and Saturday. Our area received a trace to .10" of rain. This has been happening since early October and this is why we are in an increasing moderate drought.

The video below details these next two winter storms. Will the one timed for Tuesday break the "corridor of nothing"?

Have a great week ahead and stay healthy