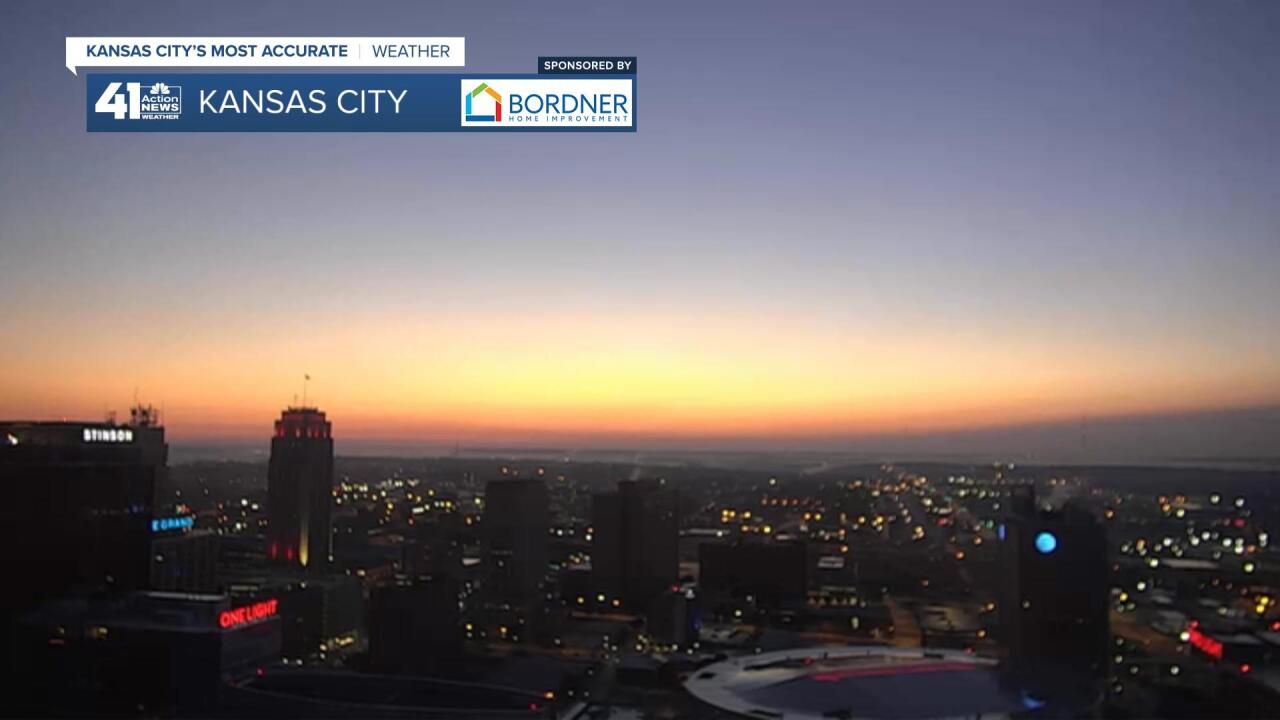 It's hard to believe that summer is almost over. Fall begins September 22nd at 8:31 AM. The weather around here is calming down as the tropics become very active. There is also a chance this week that some rain could fall on some of the western wildfires.

Sunday morning started with some haze in the sky. This is smoke from the western wildfires, but most of the smoke is east of KC. Our sky will be mostly blue today.

This is a satellite image from Saturday at 1:30 PM. The clouds over us were clearly visible. The clouds across central and eastern Missouri were blurry. The blurriness is due to the smoke over the clouds. So, that means the smoke is high in the atmosphere and not a big impact at the surface around here.

The tropics are quite active with 4 tropical cyclones and possibly a 5th around the corner. The 5th will likely be the system just exiting Africa, which is likely to become tropical depression #21.

The peak day for hurricane season is September 10th. So, it is not unusual to see several systems at once in the Atlantic Basin on September 13th.

What is unusual is for us to be on the verge of the "T" name by September 13th. We are on a record pace. If we get past the "W" name we start naming the systems by the Greek Alphabet. So, after "Wilfred" is "Alpha." This happened once during the 2005 hurricane season.

The video below fills in the details on our weather, the wildfires and the 4-5 tropical systems.