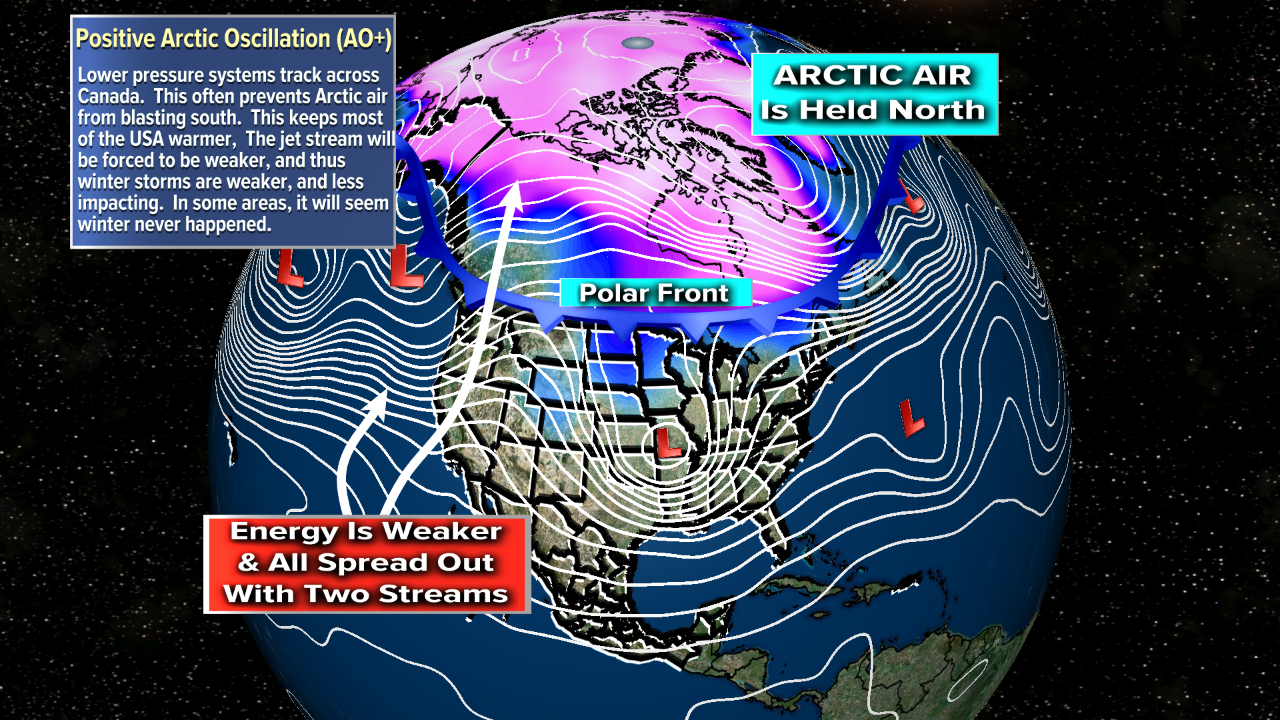 Snow was falling in a band rotating around the big storm. Snowfall amounts of 1 to 4 inches are being reported around the KC metro area with 6" amounts being reported northeast and east of KC. 6" of snow was measured in Polo, MO. Donnie Toms tweeted this next picture to us showing 4 1/2" in Wellington, MO.

The temperatures stayed above freezing all night long, and are just now dropping to near 32 degrees at 8:45 AM. This helped a lot on keeping the roads slushy and not as slick as it could have been. In the areas that had more than 2" of snow, however, the roads did become quite slick and hazardous, so provide a lot of extra time.

The weather pattern over the Northern Hemisphere is cycling regularly according to the LRC. The pattern set up last October and is cycling, and this storm was predicted by our weather team at KSHB-TV to produce snow and rain this week, and this prediction was made 60 days ago by KSHB-TV meteorologist Jeff Penner in November. Kansas City is now up to 1 foot of snow for the season, despite the positive phase of the Arctic Oscillation (AO). The AO+ has impacted all of the Northern Hemispheric flow, and it causes the storm systems to be weaker, as it spreads out the jet stream energy. This may flip to negative sometime in February, but we don't see an indication of that yet.

Over Europe, there are many spots wondering where winter has gone? And, here in KC, it has been felt by having way above average rainfall, and just enough snow and cold where we don't see as much of an impact. Hopefully the AO will stay in the positive phase long enough to bring us nice weather for the week after the Super Bowl, just in case we may have a parade in KC. GO CHIEFS!

The bands of snow continue near Kansas City, and an additional 1 to 2 inches are falling just east of downtown KC this morning. Be careful out there. We will look ahead on 41 Action News as we bring you KC's most accurate forecast. We will be broadcasting live from Royals Fanfest out at Bartle Hall later today. We hope to see you there, and our KSHB personalities will be out there manning our booth this weekend.

Have a great Friday!