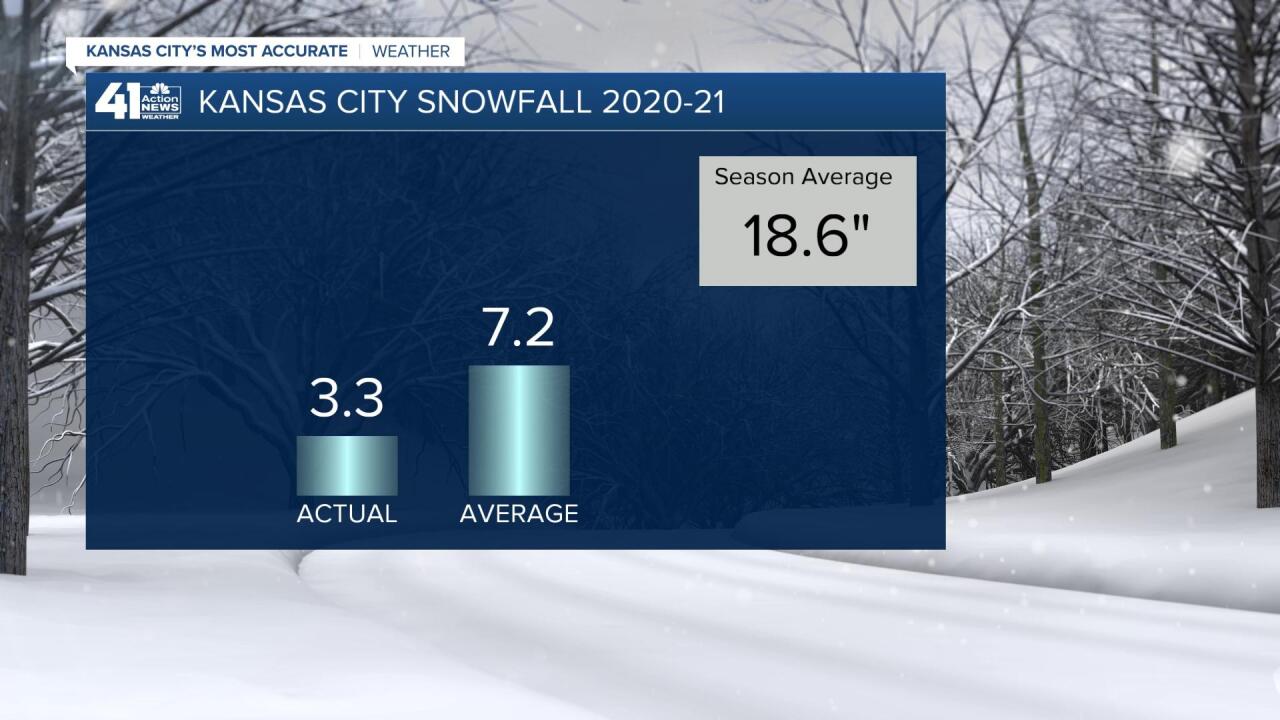 So far this season we have seen 3.3" of snow. Now, that is the official total at KCI. The main snow of the season occurred January 1st and many locations received 4"-5" of snow. But, this is our official total. The average snow for KC by January 8th is 7.2" and average for the whole season is 18.6".

Snow cover across the region is mostly from the eastern Dakotas south to eastern Nebraska east to New England. Snow cover will be added to parts of the Plains this weekend as we track one storm system.

The weather this weekend will be about what you would expect for January with highs in the 30s. A big warming trend arrives next week. Who gets snow this weekend? When is our next chance of snow or rain? How warm will it get next week?

The answers are in the video below.