This will likely be a very dangerous weather situation as heat kills more people each year than other weather disasters.

This graphic shows how dangerous heat kills. We need to check on our neighbors, the elderly, and others sensitive to heat and make sure air conditioners are working and there is plenty of water available to stay hydrated.

We are now predicting that it will be 100° or hotter on multiple days, and later next week it may be a longer stretch of days which will make it a strong to major heat wave. We are forecasting 103° in Kansas City by next weekend.

It hasn't reached 100° at KCI Airport since July 12, 2018, or over four years ago. So, this is not something we have experienced in quite some time.

The potential heat have fits in the LRC, which actually predicted this heat wave 60-days ago:

The good news! The LRC also is predicting a drop into the 80s during the first week of August. So, this heat wave is not expected to last more than a week.

We will be monitoring this closely. Please use common sense and make sure that you leave the pets at home and limit their walks to early in the morning and late in the evening.

Between now and when the heat wave is likely later next week we do have a chance of thunderstorms Saturday night. This most likely will happen north and east of KC. Hopefully we will get some of that rain, but the chances are lower the farther south and west you go. 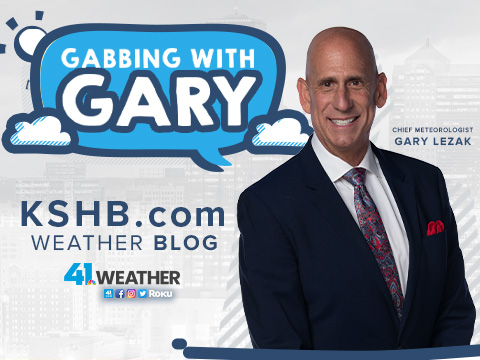