What does severe weather season mean for you? 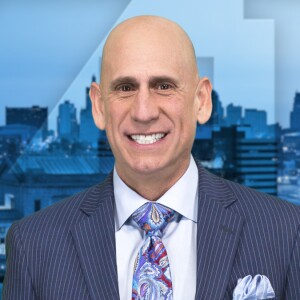 Severe weather season will be picking up in May and June. There are more tornadoes across the United States in these two months than any other time of the year. The pattern has been quiet thus far, but it is about to pick up.

Did you know that there are more tornadoes in the United States than anywhere else in the world?

75% of the world's tornadoes happen here. There are around 1,700 tornadoes around the world each year, and the United States gets 1,274 of them.

Why does this happen?

Because of two unique large geographical boundaries. The Gulf of Mexico is a large warm body of water that provides the low level fuel for the huge thunderstorms. The Rocky Mountain chain, a large north/south mountain chain, is the other boundary.  As air flows over the Rockies and moves out over the eastern half of the United States, conditions can become favorable for violent weather.

This spring, we are forecasting near to just below average rainfall in Kansas City.

KC averages 5.23” of rain in both May and June for a total of 10.46”. This year, we are forecasting 10" of rain in the next two months. The pattern is cycling according to my hypothesis, the LRC, and we have had near to just below average rainfall since October. 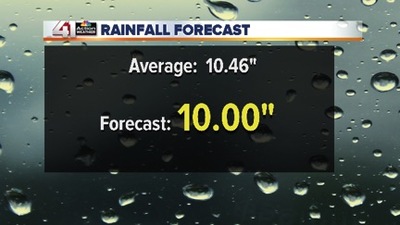 There are also parts of this cycling pattern that are likely to produce severe weather. The one week that we have identified as the highest chance is May 9-16.

Hopefully these risks will produce rain and not severe weather, but I do have concerns that we will have three or four big severe weather days in our region in the next few weeks.

Expect near to above average temperatures in the next two months. It should warm up nicely for the pools that will be opening Memorial Day weekend.

We have the best weather equipment, some great storm chasers, and a great weather and news team at 41 Action News. We will be monitoring these risks closely.  Have a great spring, stay with 41 Action News and we’ll keep you advised.