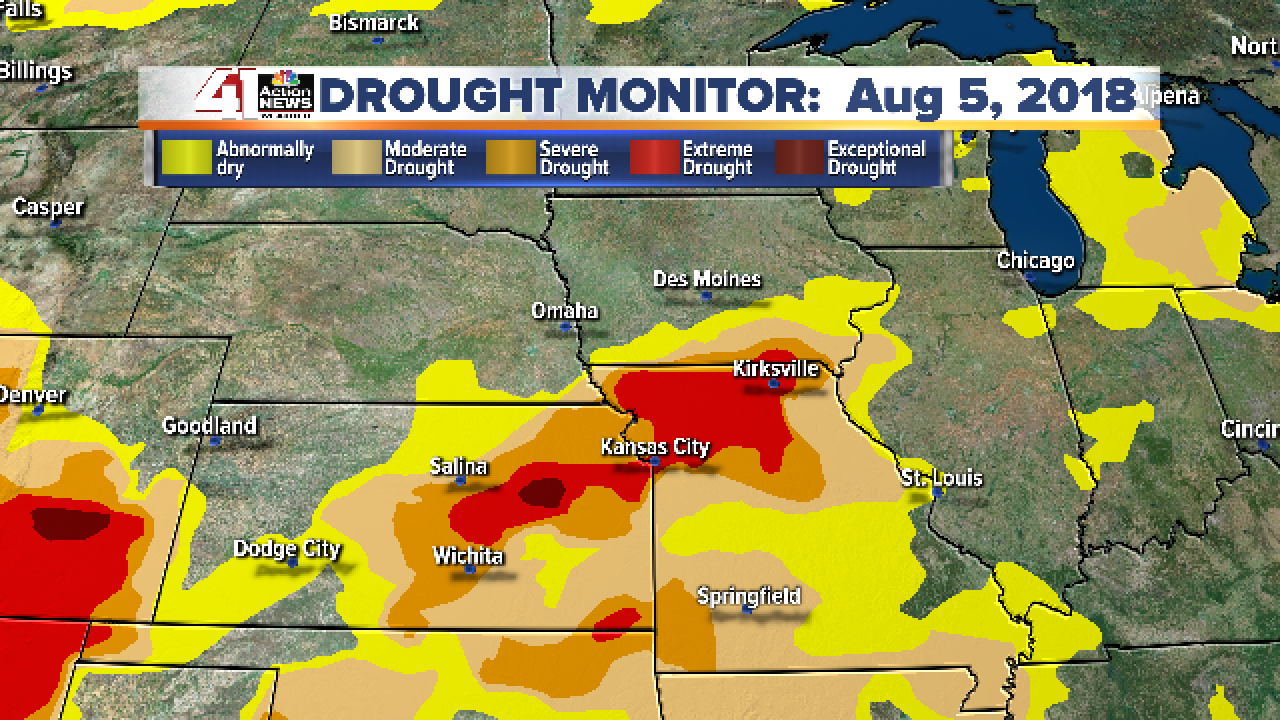 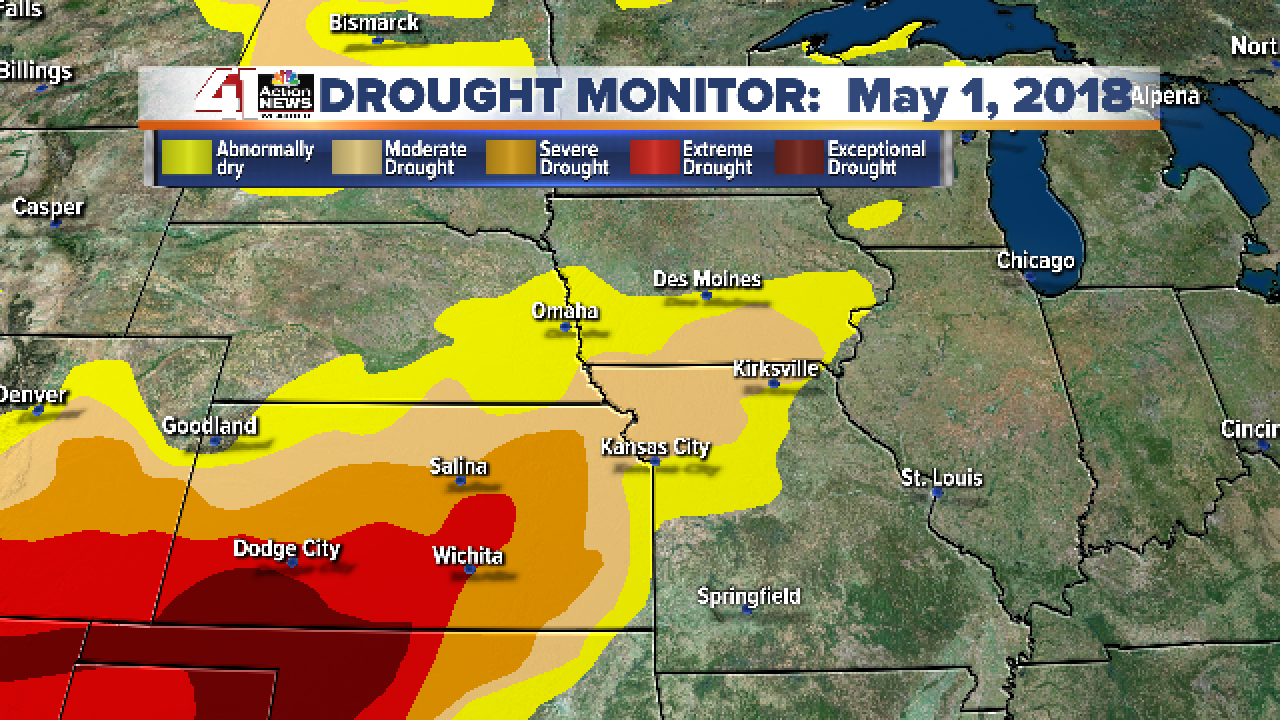 Let's take a look at how the drought has evolved since May 1st.

The drought on May 1st was quite significant from southwest Kansas and points to the southwest. We were abnormally dry to moderate drought, but nothing a good rain or two couldn't wipe out.

Well, here we sit in early August and we are still waiting for that good rain or two, so now look at the drought. It is quite interesting. The drought has vanished from the southwest Plains as there has been many rounds of great rain during the last couple of months. Our drought has really intensified.

There are two odd things about this drought.

One, is that even though the drought has become more intense, it really has not expanded much. Usually droughts intensify and expand.

Second, the exceptional drought in the southwest Plains has been all but wiped out. Usually when a drought ends there during the summer, we are not in a drought. When the summer pattern is able to support enough thunderstorms to wipe out an exceptional drought in the mostly arid southwest Plains, that usually means we are in for many thunderstorms across our region. However, that has not been the case this summer even though we have had many chances of thunderstorms. It is that fact that when they reach eastern Kansas and northwest Missouri the rainfall comes through in low coverage or completely falls apart. One of the reasons, it is most likely a feedback process. There is less moisture in the ground, so there is less evapo-transpiration from the crops, trees and plants. This means you have less moisture in the air to support thunderstorms.

So, the drought will remain, even get worse until further notice. We will be watching closely the rainfall patterns for the rest of the summer, but it will likely take a new pattern that is wet to get rid of this drought.  A new pattern will set up in October into November, the "LRC", which was discovered by Gary Lezak. It states that a new and unique pattern sets up every year in October and November and then cycles through the winter, spring and summer.