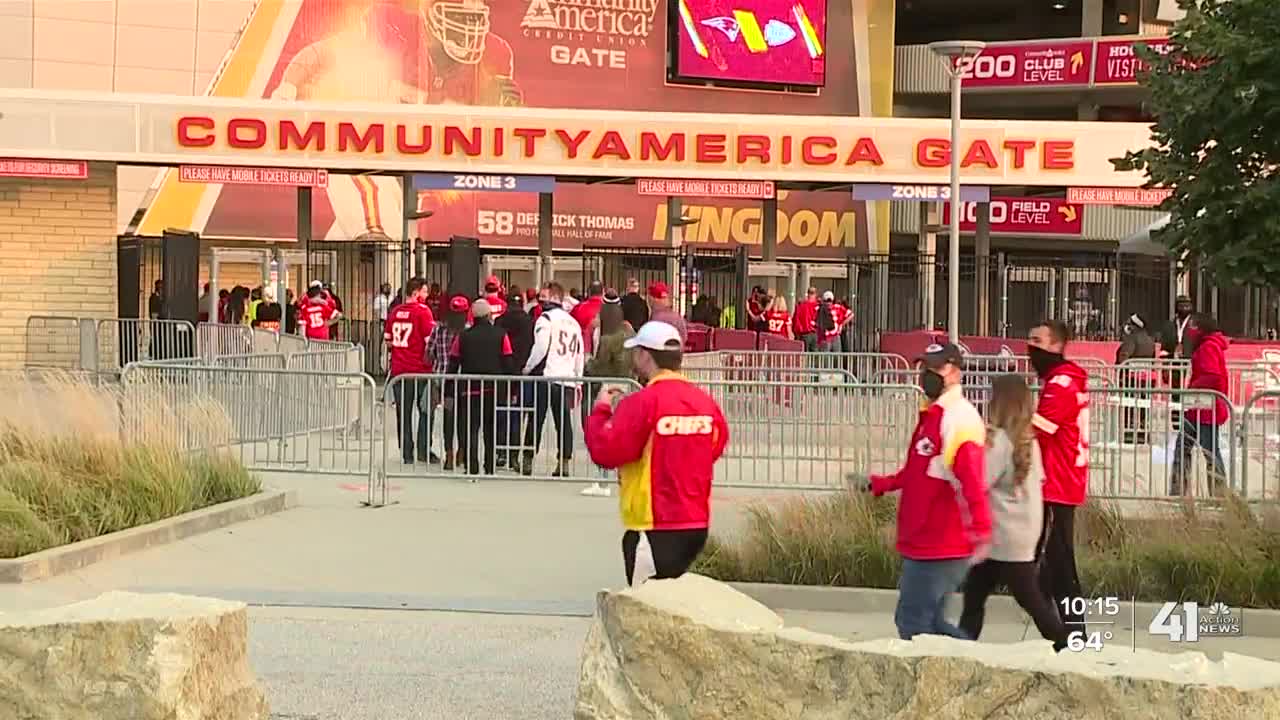 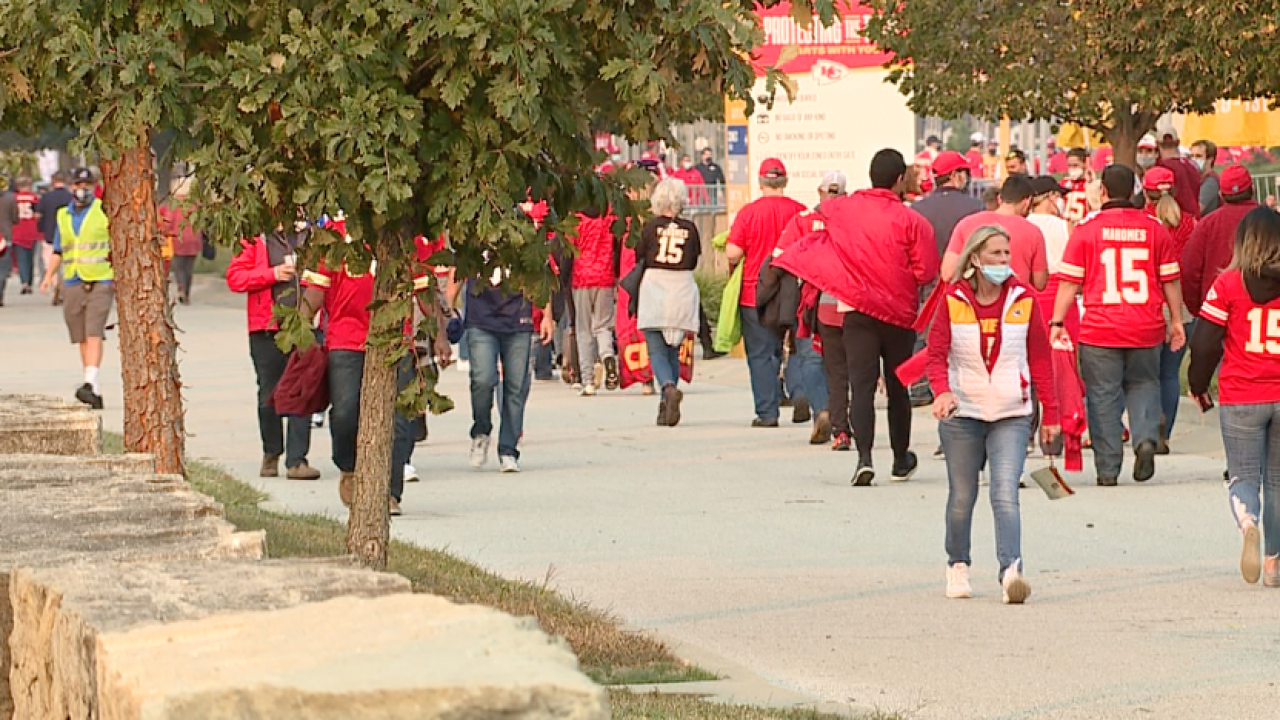 KANSAS CITY, Mo. — Three days after the New England Patriots' starting quarterback tested positive for COVID-19, the Patriots were on a plane. Monday night, they faced the Kansas City Chiefs at Arrowhead Stadium with 16,000 fans in the stand.

“It feels a little eerie inside the stadium," said Ryan Reed, who has had season tickets for about 30 years. "It’s a little discombobulating."

Like the home opener, only 22% capacity was allowed in Arrowhead. Fans were required to wear a mask at all times, except when eating or drinking.

Taylor Houlb was one of a few fans 41 Action News crews saw wearing a mask the entire time he tailgated.

“If I come here and am wearing it by myself, walking around it, get other fans and guests here to say, ‘Oh hey, maybe we should mask up, even if we’re walking alone,' to be more safe for the fans and for the players so we can continue this season and hopefully bring back another win,” Houlb said.

COVID-19 cases in the Kansas City metro are on the rise, according to doctors at the University of Kansas Health System. As of Monday, more than 46,000 cases had been reported in the metro and there were more than 600 deaths.

This week, the pandemic delayed the Chiefs-Patriots game and postponed the Tennessee Titans and Pittsburgh Steelers game.

Despite these figures, fans pointed to a lack of cases from the home opener. Of the 15,895 fans in attendance, only 10 had to quarantine after being exposed to one fan who tested positive.