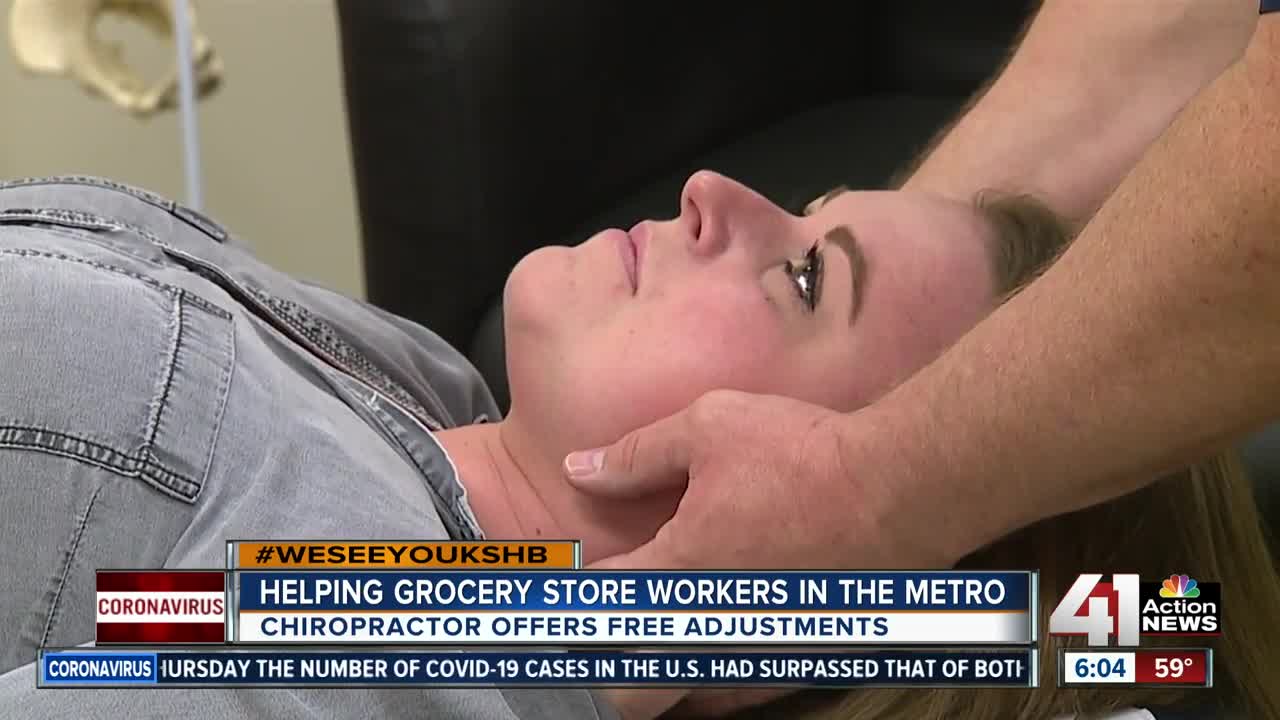 A local chiropractic office is saying thank you to hardworking grocery store workers, who are working harder than ever amid the COVID-19 pandemic. 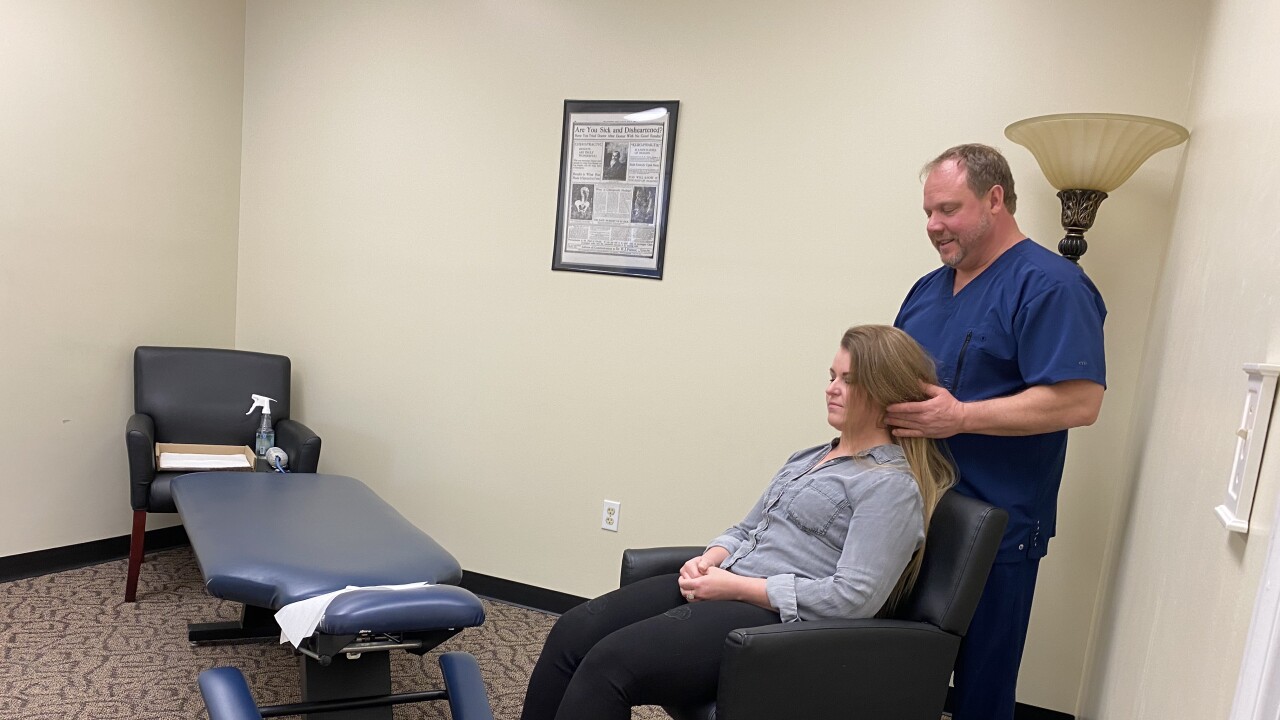 Dr. Michael Hudak owns I Got Your Back Chiropractic at 8359 N. Congress Ave. in Kansas City, Missouri. He said a recent trip to a grocery store opened his eyes to the hard labor workers are putting in.

Hudak also realized he had the power to help.

Hudak's office is offering free chiropractic adjustments to any grocery-store worker in the Kansas City area until May 1.

Grocery stores are some of the only businesses that remain open amid the COVID-19 pandemic. Some have even hired more staff because demand is so high.

Lauren Clark, who manages a local Hy-Vee store, received an adjustment Wednesday from Hudak. Clark said she and her coworkers are grateful to have jobs, but the physical labor is starting to take its toll.

"I feel like I got hit by a truck every day, and I'm just waking up feeling like I'm so exhausted," Clark said. "It is pretty strenuous just on the body in general, let alone to do it at such a fast pace to try to keep up with the demand right now."

Clark said thanks to Hudak, she has more energy and feels rested after going to sleep.

"To see a company that is focusing on, 'Hey, these people are working really hard for all of us and we should do something in return,' I think is so wonderful just for the spirit of Kansas City," Clark said.

Hudak said his office will not bill insurance or collect anything from grocery-store workers.

Hudak said he is willing to extend office hours by appointment.